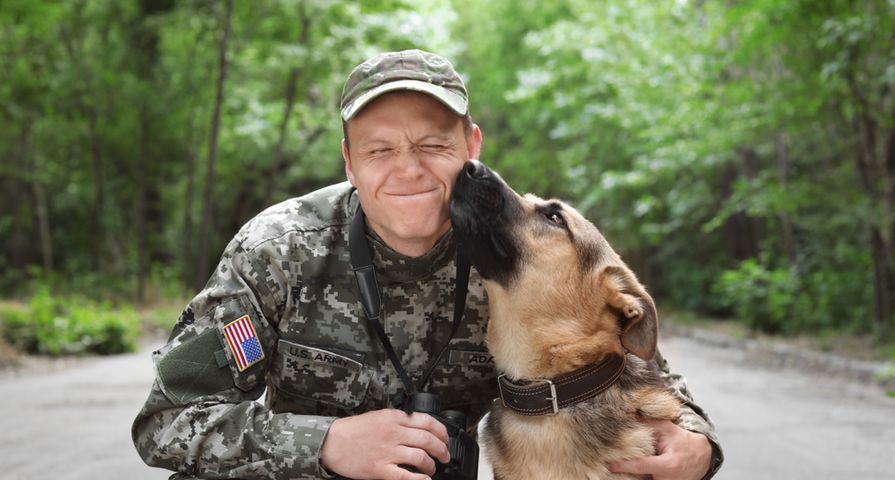 Post Traumatic Stress Disorder, or PTSD, is a serious condition resulting from single traumatic experiences or prolonged stress. It may not be obvious that a person is suffering from PTSD, but it can lead to negative changes in emotional well being, more aggressive or withdrawn behavior and in some cases, increased suicide risk.

Traditional treatments for PTSD often include antidepressant medications, but new drug-free approaches are being recommended by doctors that may be healthier. Here are seven alternative treatments that can help a person cope with their symptoms of this crippling disorder, without relying on drugs (although medications are sometimes used alongside other treatments)…

Wounded Warriors Canada details a program called Can Praxis Equine that is specifically designed for veterans and their families. The program involves various phases, such as conflict resolution. However, at the heart of the program is the interaction with horses.

The website explains that horses are intuitive and can help participants learn about themselves by how the animals respond to their behavior. The program progresses to a ranch setting where patients are able to ride the horses and care for them.

Psychology Today notes this treatment approach involves having the patient recall details of a traumatic experience and actually talk about what happened, rather than trying to bury the memory where it can pop up unexpectedly.

The concept basically focuses on bringing the cause of the trauma to the forefront, to “neutralize its power from bubbling up from your subconscious memory and catching you off guard.” Participants can talk about their experiences five times or more in a single session, while also listening to their own story on tape.

This treatment has sort of a sci-fi ring to it, especially since it’s also referred to among patients as “brain zapping”. However, this therapy is credited for retuning the brain of a PTSD sufferer in this Washington Post article.

The therapy sends pulses of electricity from magnetic coils to the cortex of the brain, which has apparently helped patients ranging from combat veterans to autistic children. While it has a reportedly high success rate, as of the article’s date in 2015 is was an “unproven procedure”.

This involves computer technology to place the patient in a virtual environment that stimulates their brain (body tracking devices are also used). The therapy has been documented on the American Psychological Association website.

The site shares results from a trial of this treatment. After being exposed to two environments that mimicked scenes from combat, and at a 6-month follow-up showed a reduction of PTSD symptoms from 15- to 67-percent, notes the association. This therapy has reportedly also been effective to treat phobias.

Learning how to live in the moment is often taught as one of the components of CBT, and can be effective in helping people deal with PTSD, notes the U.S. Department of Veterans Affairs. The website cites a study that a specific type of meditation called mantram repetition (repeating a spiritual word) “had a small to moderate effect on PTSD symptoms among Veterans with chronic PTSD as compared to treatment as usual alone.”

The site notes that an 8-week mindfulness meditation “intervention” was effective in improving symptoms, but it also notes that the symptoms returned once the meditation treatment period ended. The department also points out that additional support outside of the meditation practice could be the actual reason for the improvements.

Pets can do a lot to comfort a person, and apparently so much so that services dogs are now being employed to help alleviate PTSD symptoms. National Service Dogs (NSD) details its program on its website, noting it is reserved for veterans and first responders in some Canadian provinces.

It calls itself “the first Assistance Dogs International accredited service dog training school in Canada to launch a program of this kind”, although notes the model is also popular in the U.S. Companionship from the dogs apparently speeds up PTSD recovery and curbs reliance on medications.

The idea behind this treatment is to have the patient focus on a distraction while recounting a traumatic experience from a car accident to a physical assault. During sessions that can last close to 2-hours, patients follow visual cues while you talk about the source of your trauma.

The therapist will eventually guide your thoughts to more pleasant experiences during the session, notes WebMD. The eye movements have been found to lessen the negative emotions of recalling an unpleasant experience. The technique is becoming more widely used, but it still debated by health practitioners, notes the site.