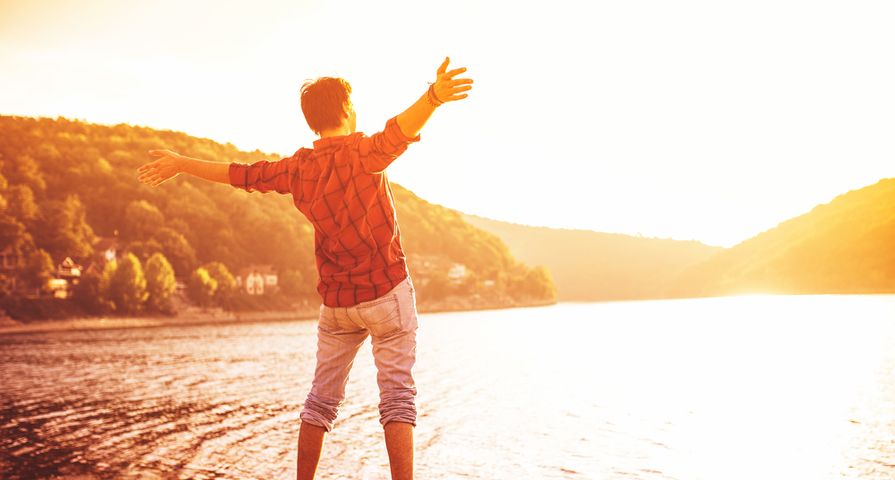 If you have anxiety, we don’t need to tell you how it can affect it your life – it can make simple things seem more difficult, from something as easy as a conversation with a neighbor to going to the grocery store.

While there’s no miracle overnight “fix” for anxiety – there are ways to help alleviate it and improve your quality of life. While medications are very helpful in a lot of cases, it’s not the only solution – you can start working towards more natural ways to keep your anxiety in check so you can start living life to the fullest. Here are seven suggestions…

If you’re feeling especially jittery, a nice warm cup of chamomile tea can help soothe away negative feelings associated with anxiety, according to Health.com. There are some contents of chamomile – Matricaria recutita in particular – that “bind to the same brain receptors” as anti-anxiety drugs like Valium, notes the source.

If you don’t have time to brew up tea, you can take chamomile as a supplement, adds the source. Health.com cites a study from the University of Pennsylvania that showed anxiety patients who took chamomile supplements for 8-weeks “had a significant decrease in anxiety symptoms compared to patients taking placebo.”

Effective Stress-Relieving Gifts You Should Try

This is something most people can do, and it doesn’t have to be high-impact. The Anxiety and Depression Association of America notes that while exercise is of course a great way to stay in physical shape, it can also give you a break from feeling anxious (many sources say 21-minutes of exercise will work).

Exercise can go beyond just relieving stress, adds the source. It can be beneficial for the estimated 40-million U.S. adults suffering from an anxiety disorder. “Although the effects may be temporary, they demonstrate that a brisk walk or other simple activity can deliver several hours of relief, similar to taking an aspirin for a headache,” notes the source.

You may have heard about this fatty acid as an essential part of a diet, but it turns out it can also have a positive impact on your brain. Reader’s Digest magazine said there’s some evidence that shows foods with Omega-3 can lower stress chemicals that can worsen anxiety.

Which foods have Omega-3? The source suggests canned fish like tuna and salmon, as well as walnuts and flax seeds. If you don’t like eating fish, you can get your Omega-3 content from fish oil supplements, which one study found lowered “test anxiety” in students.

It may feel counterintuitive to go outside when you’re feeling your most anxious, but it may pay off to do so when the sun is shining. Not getting enough sunlight can cause a drop in Vitamin D, which is “thought to play an important part in a person’s mental health,” notes CalmClinic.com.

The site notes that Vitamin D may help relieve “mild” anxiety, but may not be enough for “severe” cases. The source actually offers an online test to determine how severe your anxiety is so you can properly approach it.

According to Health.com, the mere smell of lavender has been thought to relieve anxiety – it gives an example of dental patients showing less anxiety symptoms when the waiting room was filled with the scent of lavender.

Lavender, an herb, can also be ingested as a pill (which is apparently not available in the U.S.), and a German study apparently determined to reduce anxiety as effectively as certain medications in treating those with Generalized Anxiety Disorder.

The same source, Health.com, says deep breathing is key to helping you control anxiety – because “you can’t breathe deeply and be anxious at the same time,” according to the source.

Early Signs of a COPD Flare Up

Anxiety and panic attacks are no laughing matter, but even if you “fake” laugh, you’ll get some relief from anxiety, according to EveryDayHealth.com. The laughing will trigger dopamine, a brain chemical associated with pleasure.

Use a laugh track app on your phone to get into a funny mood, it suggests (or you could also watch a funny movie). The source says that “even anticipating a mirthful laugh” can reduce stress hormones (namely cortisol) that is shown to increase when you’re most anxious.