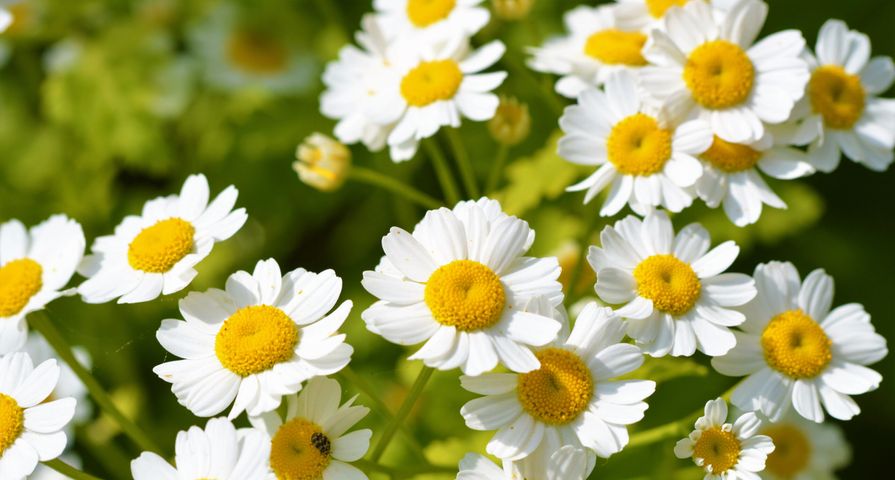 Migraines – they can come along without warning (and in some cases, some other symptoms show up first), but either way, they can be painful and debilitating. While migraines can respond to over-the-counter or prescription drugs, there are other ways you can curb their ill effects.

In fact, some home remedies have been shown to decrease the strength of a migraine, and you don’t need a prescription as you probably have most of the ingredients in your house already. In honor of National Migraine & Headache Awareness Month, here are seven drug-free remedies you can try yourself…

Lavender can be useful in the fight against migraine headaches. You can vaporize it and inhale the oil, or apply directly to your skin. For the inhaling method, put 2 to 4-drops for every 2 to 3-cups of boiling water. Breathe deep! If you have an essential oil diffuser at home, you can also add the lavender oil to it and diffuse it throughout your home.

Unlike some medicated oils and creams, you don’t need to dilute lavender oil to apply it to your skin (try the temples and the back of your neck). Just don’t try to drink or eat it. 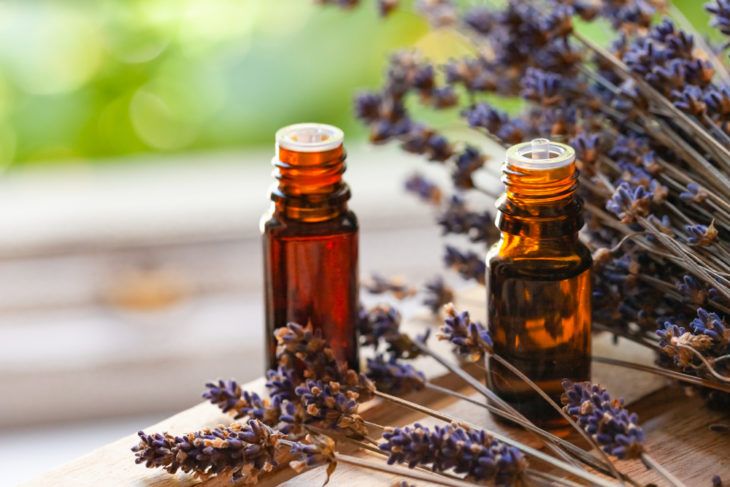 Sitting in one place watching TV while looking at your smartphone or sitting in the office chair for hours can put additional strain on your neck that can lead to some pretty bad headaches.

Take a break at least once an hour, but don’t just sit there – get up and do some stretching, and roll your head in a circular motion. Learning some easy yoga poses (look up Downward Facing Dog and Child’s Pose) can also loosen your muscles that cause tension headaches while also improving flexibility and strength. 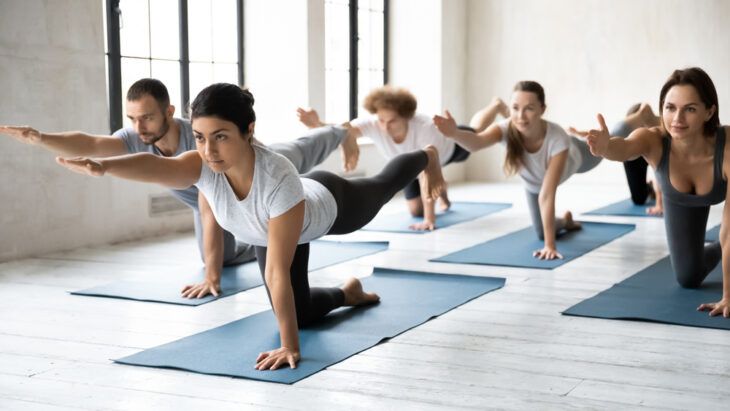 A simple ice pack can help you ward off a migraine headache, as it offers a numbing effect that may alleviate pain. Wrap a few ice cubes in a clean towel and apply it to your temples, forehead or back of your neck for about 15-minutes at a time.

Another variation of this remedy is to alternate between warm and cold compresses every 15-minutes as needed. 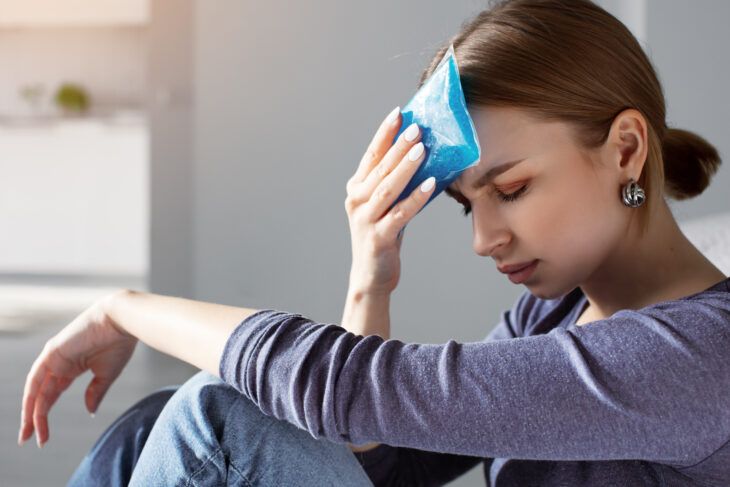 Unlike some massages, you don’t need a therapist to apply pressure to your scalp – although having a partner to do it or a trained professional is always a benefit. A massage therapist is great for a pampering scalp treatment, but you can do it yourself at home for free.

You’ll need essential oils for this one too – lavender is listed among them. You should also use “carrier oils” such as almond or coconut oil to dilute the essential oils before applying them, it adds. Apply the oils to the neck and shoulders for the aromatherapy benefits, and with your partner on their back. Run the fingers of your other hand from the collar bone to the ear, gradually increasing pressure, continuing in the same way for the side of the neck and back. You can enhance the massage with circular motions of your fingertips at the base of the scalp near the hairline. 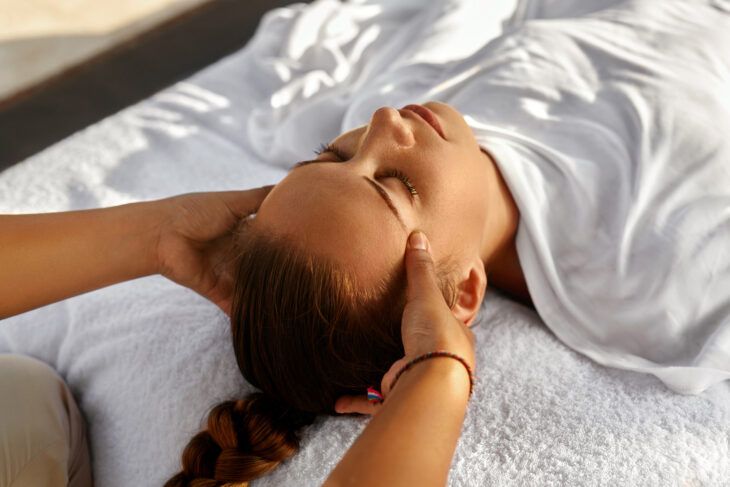 This is a plant that is taken orally as an additive to food or as freeze-dried capsules (the latter method is usually recommended, as the leaves don’t taste that appealing). WebMD notes the leaves have chemicals including parthenolide, which may “decrease factors in the body that might cause migraine headaches”.

Feverfew is apparently also effective for fevers and colds, as well as nausea, regulating menstrual periods and tinnitus, notes the source. It can also be applied to the gums to help cure toothaches. There isn’t a ton of systematic evidence that feverfew works, but many people claim it helps their migraine symptoms. 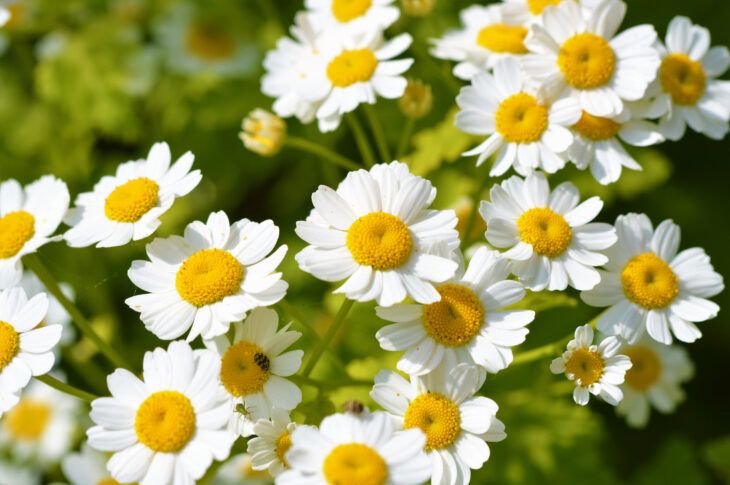 This is essential to your body for many functions, and many Americans get inadequate levels in their diet. If you’re diabetic or have heart disease, or are on blood pressure medications, you may be extra prone to having low magnesium.

Magnesium may help alleviate the associated “visual and sensory changes” that often come with migraines, and can also help block pain-transmitting chemicals in the brain. Talk toi your doctor about taking it as a supplement, or try getting it naturally through eating more beans, whole grains, nuts, and leafy greens. 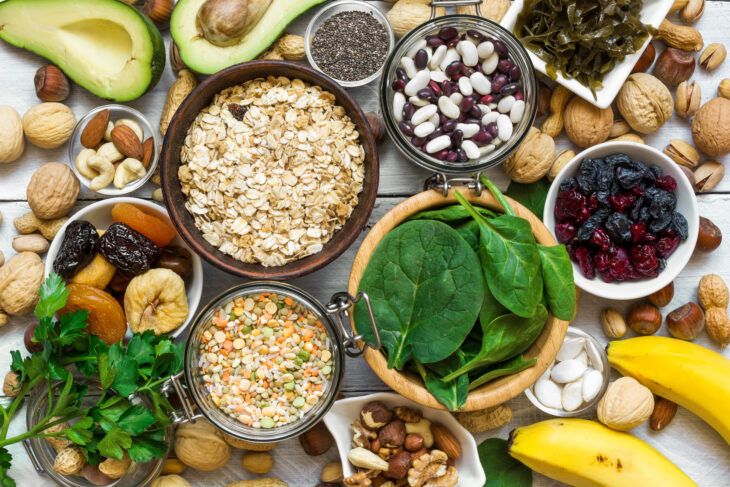 This “nutritional powerhouse” is apparently effective for a lot of health woes such as high blood pressure, constipation and migraines, particularly caused by blood sugar or digestion problems. Inhaling the vinegar’s vapours can also help reduce migraines associated with the sinuses.

Heathline suggests drinking a mixture of a tablespoon of organic apple cider vinegar, a teaspoon of honey and eight ounces of water everyday. If you want to try inhaling the vinegar, bring a quarter cup of it and two cups of water to a boil on the stove. Then, inhale the steam for about three minutes. 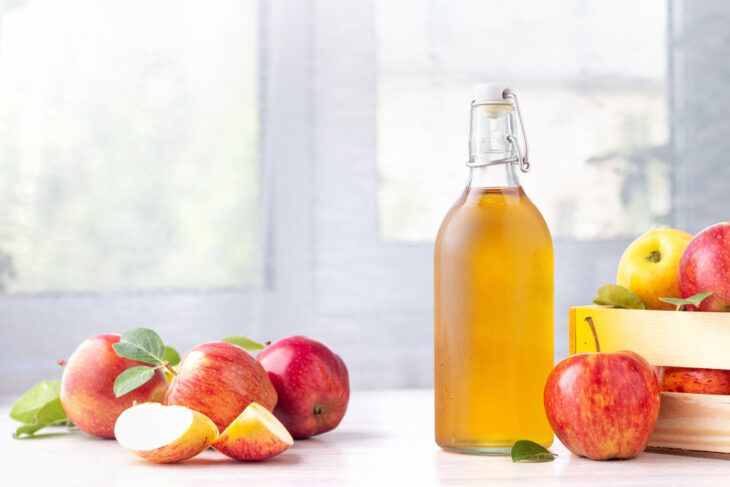