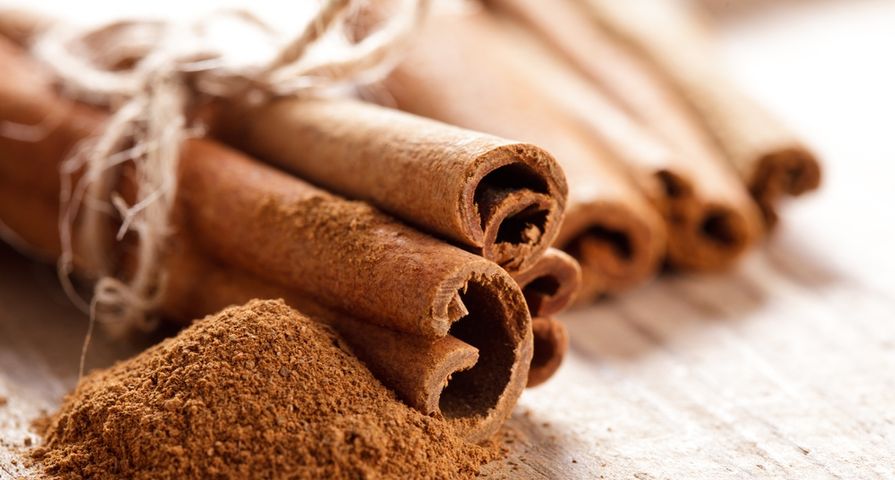 The dreaded stomach flu can strike at any time — summer, spring, winter or fall. Unlike its less nasty cousin, the head cold, the stomach flu is virtually impossible to ignore or push through, as it often leaves people in a position where they simply can’t stray too far from the bed or bathroom.

Generally speaking, most bacterial gastroenteritis afflictions will pass in time. But there are a number of home remedies and general behavioral changes that can help speed up recovery time and get you out of bed and back to doing the things you love (like enjoying weekends withe the family) or need to do (like going to work). Let’s take a look at some of these simple remedies here.

1. Drink lots of (the right) fluids

Should you come down with the stomach flu — or something similar, like a bad head cold — chances are your doctor will tell you to take time off work, rest, and drink lots and lots of fluids. Of course, not all fluids are capable of helping you overcome a nasty stomach flu.

First and foremost, drink as much water as you can. Other drinks, such as green tea, low-calorie fruit juice, and sports drinks, may also help you start to recover. But you’ll want to avoid fluids that won’t do you any good (such as coffee, tea, and sugary beverages like soda) and especially those that could actually hurt your recovery (like alcoholic drinks).

One of the major problems with the stomach flu is that, as it drags on, your body desperately needs more fluids but often can’t seem to keep them down. In other words, if your stomach flu is so bad that you seem to be throwing up constantly, it can be extremely difficult to drink water or other fluids and keep them from coming right back up.

The solution for some people are bits of ice, or pieces of ice small enough that they won’t disturb your stomach and cause you to throw up. By consuming little bits of ice, you can not only help rehydrate your body — which will have lost much of its fluid through vomiting — but you can help cool yourself down, which is especially helpful in cases where there’s a high fever.

So long as you’re not a huge hater of bananas, they can make for excellent snacks for those suffering through a stomach flu. That’s because they’re relatively easy to ingest, as they can be broken down to a thick fluid that can be slowly eaten. At the same time, bananas contain lots of potassium, a key nutrient that can be lost when someone begins vomiting on a regular basis.

If bananas won’t work, worthy alternatives include rice, toast, and applesauce. The first two contain fiber, which can help firm up your stool and improve digestion. Applesauce, meanwhile, contains valuable vitamins and nutrients that can help your body begin to claw back from the miserable depths of the stomach flu.

Breathe Through These 6 Health Indicators Linked to the Diaphragm

Peppermint tea has been used for centuries to help calm the stomach and lower the chance that someone will need to vomit while recovering from the stomach flu.

Of course, if you can’t find peppermint tea, there are alternatives, including ginger tea, which has also been shown to help with nausea. If that’s tough to find — or you simply don’t want to leave your home to get some — try warming up some water and adding lemon. The warm lemon water can help calm your stomach and provide you a little boost of vitamin C.

Most of us have cinnamon in the house, as it makes an excellent addition to just about any time of sweet dish, from pancakes and French toast to ice cream and even cocktails. Surprisingly, however, cinnamon may actually be able to help settle the stomach and relieve flu-like symptoms.

So, don’t be afraid to add cinnamon to your favorite non-diuretic beverage, including caffeine-free tea or ice water. If you’re having trouble keeping food down, try mashing up some bananas and adding a couple dashes of cinnamon to the mixture.

Getting lots of rest: it’s one of the most important parts of starting to overcome an illness like the stomach flu, and yet so many people completely ignore it. That’s somewhat understandable in a society that pushes us to do more and work harder, but in the end not getting enough rest can seriously prolong the stomach flu and make it more difficult to overcome.

If you’ve contracted the stomach flu, you should not be going to work, hitting the gym, or going out for drinks with friends. Instead, you should be at home in bed, trying to get as much sleep as possible. Failing to do so could see your condition worsen significantly.

Some yogurts contain particularly high levels of probiotics, which some health experts believe can help in the digestive process. If you’re struggling with the stomach flu, and you can handle eating something creamy without immediately throwing it back up, then yogurt may be the right choice for you.

Look for a brand of yogurt that specializes in probiotics, which could be particularly helpful if your case of stomach flu is accompanied by watery diarrhea. Just try to find yogurt that isn’t packed with saturated fat and has only a small amount of added sugar.