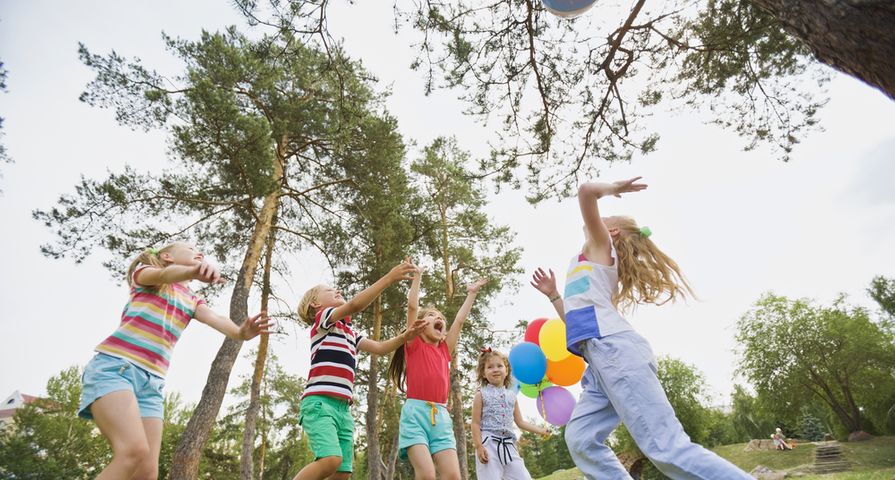 This condition of the nervous system causes patients to have vocal or motor tics, which can be upsetting for the sufferer and concerning for loved ones. There are varying degrees of the syndrome, but it usually always impacts the person’s self-image.

While it’s fairly common (1 of every 100-children have some form of it), not everyone knows all the facts about it. Let’s take a closer look at seven facts about Tourette’s Syndrome (TS) and how it affects patients…

While symptoms of TS can actually worsen into adulthood, it usually starts presenting itself from the ages of 5 to 10-years, according to Centers for Disease Control and Prevention (CDC). “The first symptoms often are motor tics that occur in the head and neck area,” it adds.

Tics can decrease in severity into adolescence and early adulthood, and some people are lucky enough to have the symptoms disappear altogether. However, for others, TS will hang around for life (or worsen). It’s much more common for males than females.

2. There are Categories of Tics

The Mayo Clinic says that the tics—sudden, short movements or sounds that are very hard to resist for people with TS—can be mild or severe. “Severe symptoms might significantly interfere with communication, daily functioning and quality of life,” it notes.

“Simple tics” include constant blinking, head jerking, nose twitching, or mouth movements, while “complex” tics can include touching objects, stepping in patterns, bending, twisting, or making obscene gestures. Motor tics usually appear before any vocal tics, according to the clinic.

3. There’s No Pinpointed Cause

The Child Mind Institute points out at “no specific gene” has been found that is responsible for the development of TS, “but there is strong evidence of an inherited component.” The source notes research has shown a “pattern of abnormalities” in some regions of the brain that may be connected to the disorder.

One thing that most experts seem to agree on is that stress can make the symptoms worse, while relaxing tends to lessen the frequency of the tics. Relaxation techniques can be learned and become part of the lifestyle for TS patients. However, at least one National Institutes of Health study shows relaxation therapy didn’t make a significant impact after 3-months.

4. TS Often Co-Exists with Other Disorders

According to the New Jersey Center for Tourette Syndrome, more than 79-percent of those with TS have “co-morbid” conditions, suggesting that TS doesn’t usually exist on its own (and can make TS more difficult to diagnose).

The sources adds that other co-existing conditions can include ADD, ADHD, OCD (and other anxiety disorders), sensory processing disorder (SPD) as well as dysgraphia, which is the inability to write coherently (as a result of brain problems).

Contrary to how TS is portrayed in movies and the media, those with TS don’t often shout out inappropriate words. According to the Tourette Association of America, this particular behavior is called coprolalia, and affects only 10-percent of those with TS.

For the minority with coprolalia, “the outbursts they experience are completely involuntary and they often try to mask the obscenities,” notes the source. “This myth is important to rectify as it often leads to prejudices against people with TS.”

There’s a school of thought that people with motor tics can’t simply “will” them to stop, and doing so will make the tics worse down the road. However, the American Psychological Association (APA) seems to think differently.

A 2006 APA article from the source explains, “people suppress tics if they are rewarded for doing so, according to several recent studies.” This has lead many medical professionals to recommend medication over behavioral therapy, it adds. There was significant excitement (at least at the time of publication) about using behavioral interventions to treat a neurological condition.

7. There are Two Main Therapies

Medications include Haloperidol, pimozide, and aripiprazole, which “are currently the only U.S. Food and Drug Administration (FDA) approved medications to treat tics,” according to the Tourette Association of America. Meanwhile, CBIT is a “powerful technique” to reduce the severity of tics. This non-drug approach helps train patients to be more aware of tics, and do perform other behavior when they dace the urge to tic, notes the source.