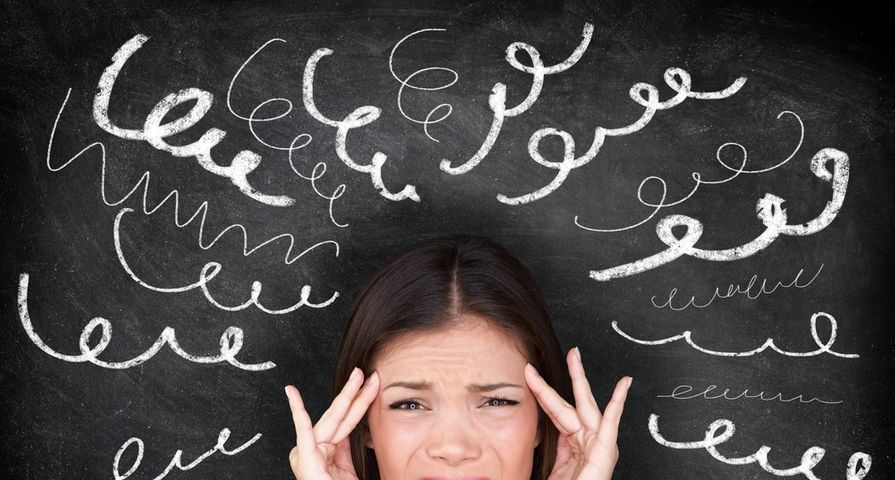 Chronic pain—it’s the worst kind of pain, because even when it’s not at it’s most intense, it’s still there lingering in the background. While there is no surefire cure for chronic pain, there are ways to manage it to maximize your quality of life.

While drugs are one way to curb the pain, there are many other techniques that help take the edge off your suffering so you can accomplish the goals you have in mind. With National Pain Week continuing until the end of July, let’s have a look at seven chronic pain coping methods…

As the American Psychological Association points out, chronic pain and emotional duress are often closely linked. Due to this fact, managing stress is a big part of reducing the amount of physical pain that you’re experiencing.

A way to do this is by increasing physical activity (if you pain condition allows you to exercise), even if it’s just a regular brisk walk to loosen up the joints. If not, think about improving your diet and getting proper amounts of sleep at the least. You can also assess the source of the stress and remove yourself from it if it’s feasible.

2. Water Down the Pain

Healthline.com suggests drinking heavily to cope with your pain—drinking water, that is. Neglecting your hydration can cause pain symptoms to intensify, according to the source.

While it’s easy to grab a coffee or sugary drink at the office, try to resist the urge and go for water instead. The aforementioned beverages are diuretics (translation: they make you pee a lot) and may end up causing you to become more dehydrated than when you started. Bonus: water has no calories.

3. Avoid Pouring Too Much Alcohol on the Fire

As mentioned before, drinking alcoholic beverages is probably not a great way to manage your chronic pain. It may make you forget about it for a short period of time, but certain drinks are known to cause inflammation, which can lead to even greater pain (not to mention a nasty hangover).

However, it should be noted that HealthCentral.com touts red wine and chocolate as natural pain suppressants. The source says both have antioxidant and anti-inflammatory properties, which is contrary to some other reports about red wine around the web. (Perhaps one glass wouldn’t hurt?)

4. Spice up Your Pain Remedies

If you like a bit of spice in your life, then you’re in luck, because according to Healthline it’s an effective way to reduce pain from inflammation. Adding certain spices to your meal can apparently soothe your aching joints.

In particular, Healthline talks about the benefits of turmeric, a “brilliant yellow spice” that’s customary in Indian cuisine. The source notes this spice has been used for centuries to treat a variety of ailments, from colds to infections. Oh, and don’t worry about keeping a fire extinguisher nearby, because turmeric is a mild spice compared to others.

5. Breathe in Air, Breathe Out Pain

WebMD suggests a more Eastern meditation-based approach to fighting back against pain. Well, it’s not really fighting at all; it’s more about being calm and centered and letting your pain melt away from your aching joints and muscles.

You could try deep breathing, which is both relaxing and distracting from the source of your discomfort. WebMD suggests breathing into a spot below your belly button and then filling it with as much air as you can in one breath before releasing. It could take some practice to master.

Disassocation is usually not a good thing, especially when it comes to family or intimate relationships. It is removing yourself mentally from a situation, or at least becoming less “available” to the other person. In the case of using disassociation to manage pain, the pain is the person.

PsychCentral.com calls this latter technique for pain “good dissociation”, because you’re essentially breaking away from a toxic person. Unlike meditation, which encourages you to focus on the moment, disassociation means your brain is in a different place. However, this can become unhealthy if disassociating with pain also means disassociating from anything you enjoy, adds the source.

Chronic pain can be like depression—and in many cases, can make you depressed (and vice versa) as well as lonely and isolated, especially if it limits what you can do. Well, there are many others out there who are thinking the same thing you are, so why not connect with them?

Spine-Health.com suggests getting “cyber hugs” in online forums where you can chat with people who have the same conditions as you, and know what you’re going through. Alternately, you can also find support groups to attend in person—but having severe pain can make getting around more difficult.