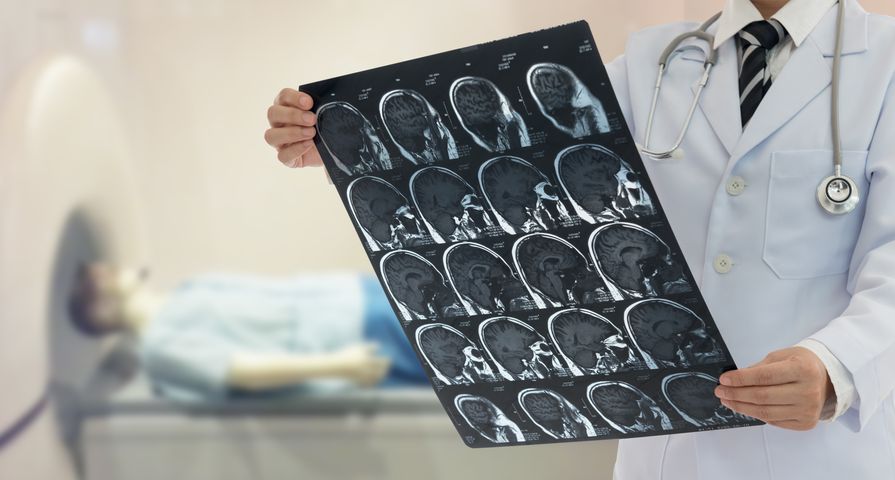 Brain atrophy is a wasting away of brain cells, or more accurately, the loss of brain neurons and the connections between them that are essential for functioning properly. This can result in communication difficulties, loss of muscle strength, seizures, and even more advanced problems such as dementia.

There are a number of factors that can lead to brain atrophy, both early and late in life. Some of these potential causes are avoidable, while others aren’t – but that doesn’t mean your cognitive abilities will be impacted. Here are seven underlying causes of brain atrophy, also known as cerebral atrophy…

Livestrong.com notes that significant injuries to the head (and brain) can lead to brain atrophy. A traumatic brain injury can cause complications similar to a stroke by blocking blood flow to key areas of your brain, while also potentially causing direct brain tissue damage, notes Livestrong.com.

Some examples of a traumatic brain injury can include a direct blow to the head or an object actually penetrating the skull, or something that causes your head to jolt violently (such as being hit in a sporting event or a vehicle accident).

This disorder is inherited and kills off brain cells, progressing from somewhat mild behavioral issues into full-blown problems such as difficulty walking and the inability to speak.

Neuropathology-Web.org explains that the fatal condition usually shows up in middle age, but some people can get it before the age of 20 (or much later in life). The source notes that certain areas of the brain of Huntington’s patients are affected by atrophy, “which are obvious on MRI in advanced cases”. Changes to the brain can be detected by medical imaging long before any symptoms of the disease show up, it adds.

You already know you need to eat a well-balanced diet with essential vitamins and nutrients to function at your best, but failing to do so may have more dire consequences, according to Medscape.com. It says a 2011 study found that a lack of Vitamin B12 in particular has been tied to brain atrophy.

The study found that “higher levels of several markers of vitamin B12 deficiency” are tied to lower cognitive abilities and brain mass 5-years down the road. The study involved 121 seniors (65-and older) – and the overall conclusion was that B12 deficiency symptoms were more prominent factors than the B12 itself when it came to cognitive test scores.

In the case of strokes, normal blood flow to your brain is interrupted. “The areas of the brain that do not receive blood begin to rapidly die, thus causing atrophy, potential cognitive deficits or death,” explains Livestrong.com.

The American Academy of Neurology announced in 2007 that alcohol abuse “shrinks” your brain. The findings came from a study of close to 2,000-brain scans of subjects aged 34 to 88, who ranged from non-drinkers, to moderate drinkers, to heavy drinkers.

“The study found the more alcohol people drink on a regular basis, the lower their brain volume,” notes the source, adding the study found a 1.6-percent decrease in the ratio of brain volume to skull size compared to non-drinkers. However, the good news for low to moderate drinkers is that their risk of cardiovascular diseases may drop, it adds.

While this progressive disease is associated with wasting away of brain mass, affecting memory and even leading to death (usually from a related complication such as pneumonia), a post from ScienceDaily.com in 2009 notes that signs of brain atrophy on scans can predict progression to the deadly disease.

“Using special MRI methods, researchers have identified a pattern of regional brain atrophy in patients with mild cognitive impairment (MCI) that indicates a greater likelihood of progression to Alzheimer’s disease,” it notes. The article notes that researchers hoped this finding would lead to better clinical trails for medications designed to slow or stop the progression of the disease.

Last time we checked, we were all aging, so there’s not much we can do there. Livestrong.com explains that brain shrinkage is a part of normal aging, and that brains shrink at an average of 1.9-percent every 10-years.

This process actually begins in young adulthood and becomes more prominent when a person hits their 60’s, after which a person can lose up to 1-percent of their brain mass per year, notes the source. However, cognitive decline is not always evident with age-related atrophy. “Research also shows that exercises for both the brain and body help to reduce brain atrophy,” it adds.