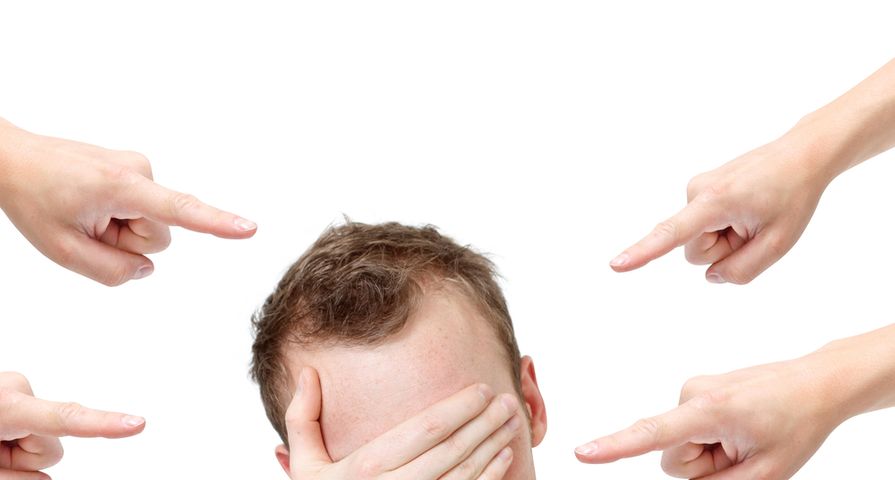 How many times have you felt guilty today? If you really give it some thought, you’ve probably felt minor feelings of guilt creep in when you didn’t have the time or energy to do it all. Between our many work, family, and personal obligations, New York-based psychologist and author, Dr. Guy Winch, says that those tiny moments of guilt can literally collect, much like acid, until they slowly begin to eat away at our emotional wellbeing in these ways…

Are you the type of person who’s sensitive to personal wrongdoings? Do you have a tendency to anticipate the feelings of those around you before an action is even committed? Unfortunately, you may be prone to guilt issues.

Author of the book, Emotional First Aid: Healing Rejection, Guilt, Failure, and other Everyday Hurts, Dr. Guy Winch, claims that both men and women who experience consistent and excessive feelings of guilt can suffer the health consequences. “Unresolved and excessive guilt interferes with cognitive functioning, concentration and daily tasks,” says Dr. Winch. “[It’s] distracting and demoralizing…[and] can make us resort to self-punishment.”

2. The Positive Side of Guilt

A research paper featured in the 2012 issue of Personality and Social Psychology Bulletin, notes that not all guilt is bad. In fact, feelings of guilt can prove valuable emotion as a consequence to actions that harm others.

Guilt also helps maintain community ties to the people in your community. Because of guilt folks often seek to repair their wrongs (specifically to the person wronged or by helping others) and re-strengthen the community overall.

3. The Negative Side of Guilt

For obvious reason, large amount of constant guilt can have negative and traumatic results. Not only are constant feelings of guilt incredibly distracting—taking away attention from simple daily tasks and even life enjoyment.

Too much unresolved guilt can be extremely demoralizing—leading to a state of depression or where we feel the need to punishment ourselves in order to make amends. Research featured in Psychology Today, note that physical pain may communicate feelings of remorse, lessen external punishment, restore feelings of moral righteousness, or provide relief after committing a wrongdoing. However, making amends by apology would be healthier both mentally and physically.

Individual guilt is typically associated with personal expectations. For example, it often has to do with your own goals and meeting them (i.e., you don’t get to the gym as scheduled or if you accumulate credit card debt).

Montreal-based psychologist, Dr. Heidi Wiedemann, characterizes individual guilt as an internal battle between our personal standards and expectations vs. our success in living up to them. Often pressure from social media to look, act, and achieve certain life goals will be the driver of individual guilt.

Self-described perfectionists are often plagued by professional guilt. Family, personal, or social obligations that get in the way of work can be the main drives of this form of guilt, according to Vancouver-based workplace psychologist, Dr. Jennifer Newman.

Even illness can be a source of guilt if it causes lowered productivity, creativity, decision-making abilities, missed deadlines, or workplace mistakes. Oftentimes, a person’s professional guilt is purely internal, and doesn’t match the realistic work expectations to stay late and work overtime every night.

Social guilt rears its head when we feel we’ve hurt someone we care about—a parent, child, spouse, or personal friend. Guilt-prone individuals commonly experience this type of guilt as its linked closely with how we perceive our personal relationships.

The instant a loved one expresses disappointment in us, social guilt can result, even if you’ve actually done nothing wrong. In a 2013 PLOS one study linked excessive social guilt with the development of depression and social anxiety disorder (or SAD), which is described as the “fear of being scrutinized by others”.