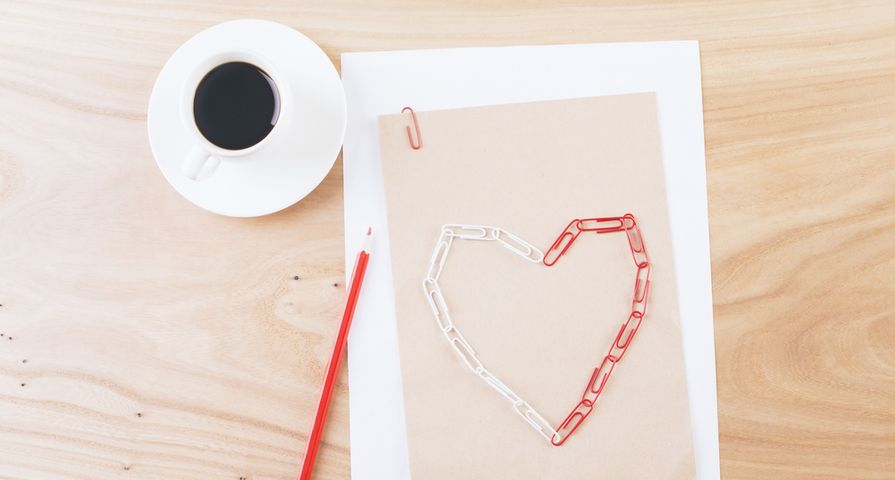 Hi my name is Anna and I’m a fidgeter. I don’t mean to be rude, but if you ever see me in an editorial meeting or even watching a movie with my hubby, I’m constantly typically tapping my toes or bouncing my knees. I don’t know why I have this inner need to move even when I’m supposed to be sitting still, relaxing, or paying attention to something or someone else. However, what I once considered a minor annoyance to everyone around me actually may have some scientific benefits when it comes to my health. If you’re a self-proclaimed toe-tapper, finger drummer, or leg bouncer as well, take a look at these six health benefits associated with fidgeting…

According to a study out of the University of Leeds and University College London, fidgeting, especially if you sit for the majority of the day, can ward off some of the negative effects associated with sedentary jobs and early mortality.

The University of Leeds researchers surveyed 12,778 women between the ages of 35- and 69-years old as to health behaviors, chronic disease, physical activity levels, and fidgeting. The findings showed that women who fidgeted defused the negative benefits of their sedentary jobs compared to those women who didn’t fidget and experienced a 43-percent increase in their all-cause mortality risk.

It shouldn’t surprise anyone that the effects of sitting cumulate over time. In fact, researchers at Harvard Medical School will tell you that a prolonged sedentary lifestyle (made up of desk work, watching television, and commuting) will catch up to you eventually taking their toil in the form of chronic conditions, like type II diabetes and early death.

However, Harvard researchers note that “sedentary holding patterns” (sitting for 7-hours per day or more) can be slightly improved through fidgeting or habitual movements that you “do without thinking” (i.e., moving around at work, fidgeting, standing up to use your phone, stretching, and setting an alarm every hour for a brisk walk to the washroom) can help mitigate this risk.

While you might have thought the opposite would have been true, a 2015 study published in the National Institutes of Health notes that children with ADHD (Attention Deficit Hyperactivity Disorder) actually benefit from a little fidgeting in the form of improved memory and learning capabilities.

The study monitored a group of kids with ADHD and found those permitted to fiddle with objects, toe tap, and let their hands wander performed the task at hand better then children with ADHD told not to fidget. The researchers speculate that fidgeting may be a coping mechanism for those who suffer from hyperactivity.

While you can’t really use fidgeting as an excuse to totally bow out on other forms of exercise—studies do show that fidgety individuals do burn more calories compared to their non-fidgety counterparts during sedentary periods.

For instance, a small study conducted by Mayo Clinic researchers found that fidgeting can burn an additional 350-calories per day. The study monitored 10 obese study participants and 10 lean participants according to a small Mayo Clinic study. The researchers compared the effects of 10 lean fidgeters to 10 obese participants who stayed totally still. They found the fidgety types burned up to 350 more calories per day due to non-exercise activity thermogenesis (or NEAT) behaviors.

While fidgeting during a webinar might seem counterproductive, authors Roland Rotz and Sarah D. Wright, who penned the book Fidget To Focus: Outwit Your Boredom: Sensory Strategies For Living With ADHD, say otherwise. According to Rotz and Wright fidgeting hones into an evolutionary trait known as “floating attention” that dates back to prehistoric times when “the ability to pay complete focus to a single task was not entirely desirable and would result in a person missing the large ravenous beast hiding in the bushes.”

Wright and Rotz explain that fidgeting serves an important purpose when it comes to floating attention, in so if we’re not fully engaged “[fidgeting] provides additional sensory-motor input to mildly stimulate our brains to become fully engaged…allowing us to sustain focus on the primary activity in which we are participating.”

It’s no surprise that a sedentary lifestyle can have negative effects on your heart due to reduced blood flow and compromised artery function. However, when researchers from the University of Missouri pondered the impact of fidgeting all of that sitting down time, they discovered that toe taps, knee bounces, and finger drumming improved overall blood flow and artery function.

The study monitored a group of 11 healthy individuals in a sedentary setting for 3-hour durations. The researchers found that those who were prone to fidgeting (i.e., keeping one leg stationary while fidgeting the other) experienced a significant increase in popliteal artery blood flow and less vascular shear stress in the fidgety leg compared to the stationary leg.