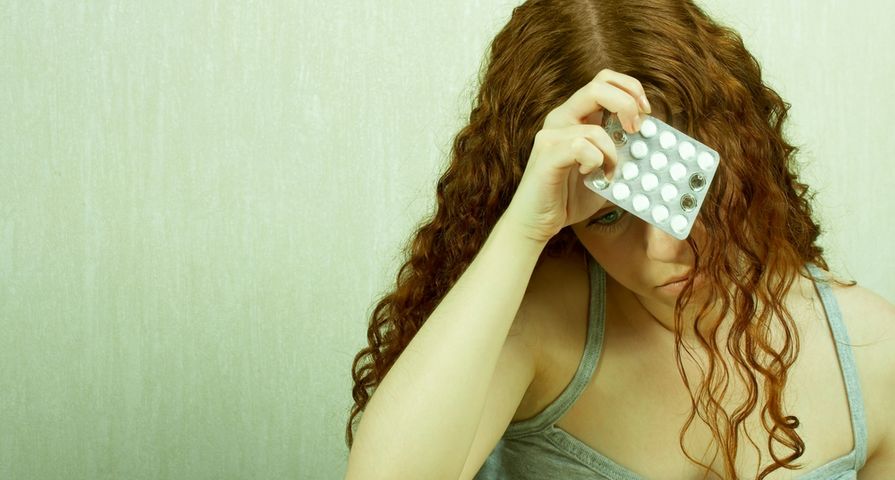 If you’re feeling sad for unexplained reasons for unreasonable lengths of time, chances are your physician may recommend antidepressants. While these medications may help stabilize your mood, they can also have serious effects that are hidden in the fine print.

If you think you’re depressed, you may be wise to try other options such as regular exercise, a healthy diet, and staying connected socially. Medication can help in many cases, but here are six things to consider about antidepressants before popping that pill…

Health.com says antidepressants can hurt your wallet—and while some are more expensive than others, there’s no evidence any one type of this medication is more effective than the other, notes the source.

In fact, it states that “all antidepressants are equally effective”. However you may experience various side effects depending on the make of the medication. This may prompt you to try another type of pill that gives you the benefits without as many unwanted symptoms.

2. They Can Lower Libido

Antidepressants can help take away the crushing “lows” of your moods, but can also end up taking away some of the highs, including negatively affecting your healthy libido.

The classification of antidepressants known as SSRIs—Selective Serotonin Reuptake Inhibitors—has been documented to decrease libido. The reason is that SSRIs can lower dopamine, which is responsible for your brain’s reward and pleasure responses. The positive is that SSRIs can help men with premature ejaculation issues.

Aside from lowering libido, reports also note that taking certain antidepressants can have a negative impact on the quality of sperm. This side effect is restricted to SSRIs, according to a post on the U.S. National Library of Medicine website.

The summary of the findings notes that “semen abnormalities” have been identified, and males who take the medications for 3-months or longer can have lower sperm counts as well as lowered sperm motility (the sperm’s ability to swim). Health.com said sperm counts return to normal about a month after ending use of paroxetine, which is classified as an SSRI.

4. They May Make your Bones Brittle

There could be another negative link to SSRIs—bone density loss, according to WebMD. The article points to studies that show older men and women who take these medications are at increased risk for bone loss and bone weakening.

The studies didn’t prove a direct link of bone loss to taking SSRIs, but it notes one of the studies showed older women who used SSRIs showed a 60-percent acceleration in bone loss compared to women who didn’t take the medications, notes the source.

A study featured in The Washington Post explains that taking painkillers while on antidepressants could raise your stroke risk. The type of painkillers mentioned are called NSAIDS—popular types of this over-the-counter medication include Advil and Motrin, the source adds.

This is a problem because the researchers point out that 65-percent of adults with depression also suffer from chronic pain, and NSAIDs are the most popular way to control this pain. In this case, the classification of antidepressants don’t play a big role, said the Post—but it noted taking both medications is a bigger stroke risk for men than women.

6. They Take a Long Time to Work

Unlike some medications, you won’t know if SSRIs are having any positive effects for weeks after beginning treatment. This is because the medication needs to “build up in the brain” and affect your mood, according to Health.com.

How long? Well, according to the online source, it can take some medications up to 8-weeks to have a noticeable impact. So if you’ve explored the options and medication seems to be the answer, allow a long window of time to let the drugs to their work. Remember that you shouldn’t abruptly end medications like SSRIs; talk to your doctor first or you could have unwanted side effects like anxiety and nausea.