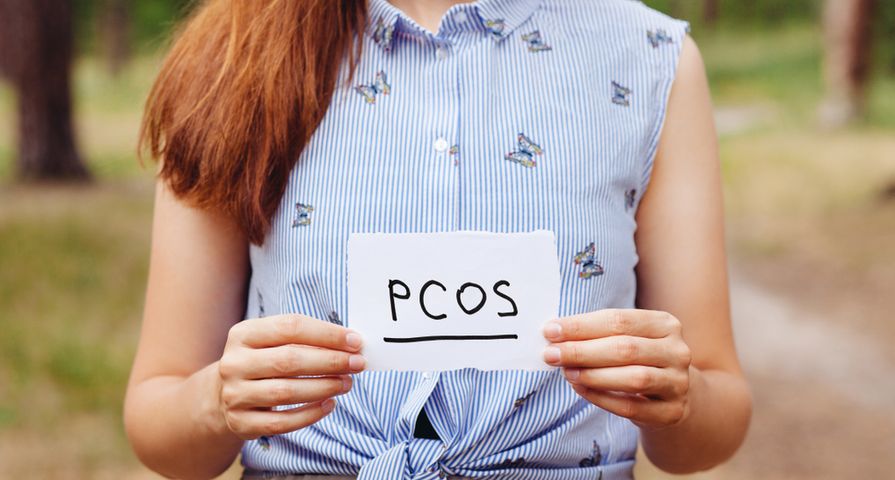 By now, you’re likely aware that your hormones have a huge impact on your body. Hormones govern a wide range of essential bodily functions—from metabolism to hair growth to menstruation. However, in female patients with polycystic ovary syndrome (PCOS), male hormones (or androgens) become imbalanced and can cause serious complications, even increase the risk of certain chronic diseases, such as type 2 diabetes and cardiovascular disease.

Statistics from the U.S. Department of Health and Human Services estimate that roughly 1 in 20 women in their childbearing years (that’s 5-million U.S. women) have PCOS. A combination of the following symptoms may indicate PCOS…

You did your time as a teenager with acne, however, you were hoping that by your mid-30s the pimples would be gone for good. Akin to acne during puberty, adult acne is often a sign of hormone imbalance. Particularly if pimples flare up in “hormonally sensitive” areas such as the upper neck, cheeks, jawline, or lower third of the face.

According to Bethanee Schlosser, MD, Director of the Women’s Skin Health Program at Northwestern University’s Feinberg School of Medicine, high levels of androgen hormones in PCOS patients will spur acne outbreaks. Dr. Schlosser explains, “Any female patient who presents to me with either persistent acne…past the age of 25…or starting after age 25…I evaluate for PCOS.”

Even though research from the American Diabetes Association (ADA) claims the link between PCOS and insulin resistance is still unknown, many women with PCOS also have type 2 diabetes.

ADA studies note that evidence suggests that PCOS affects the ability of cells to properly utilize the hormone that regulates glucose in the blood, and resulting in high blood sugar that often leads to a type 2 diabetes diagnosis. Further research indicates that high levels of that hormone can contribute to increased production of androgens, which makes the symptoms of PCOS more severe.

Leading medical experts consider PCOS a preeminent cause of infertility. According to WebMD, because PCOS causes excessive androgen production and inadequate progesterone for the menstrual cycle, irregular periods and/or absence of ovulation may occur.

With PCOS, immature follicles can be seen on the periphery of the ovary (by ultrasound). They never mature due to the hormone environment of PCOS. These immature follicles do not block the route of healthy eggs, there are just no mature eggs that form.

While each and every one of us have plucked a super long hair from our chins at some point. Anuja Dokras, MD, Director of the Penn Polycystic Ovary Syndrome Center, says occasional odd hairs sprouting up are nothing to cause alarm.

However, Dr. Dokras notes that significant hair growth (or hirsutism) on the upper lip, chin, and sides of the face (i.e., sideburns) also abdomen and on breasts is considered an early warning sign of PCOS and should be brought to your doctor’s attention.

There are a variety of reasons why your monthly cycle may be late, totally unpredictable, light, heavy, or not show up entirely. However, in patients with PCOS, irregular periods (oligomenorrhea) are often among the warning signs.

PCOS causes menstruation irregularities due to heightened androgen levels, which leaves the ovaries unable to produce adequate levels of the female hormone progesterone to trigger the normal monthly menstrual cycle. According to PCOS.com, “Women with PCOS can fail to menstruate for a few months…[only to] experience an extremely heavy period, followed by spotting later in the same month.”