Reasons Behind Sneezing That Have Nothing To Do With Being Sick 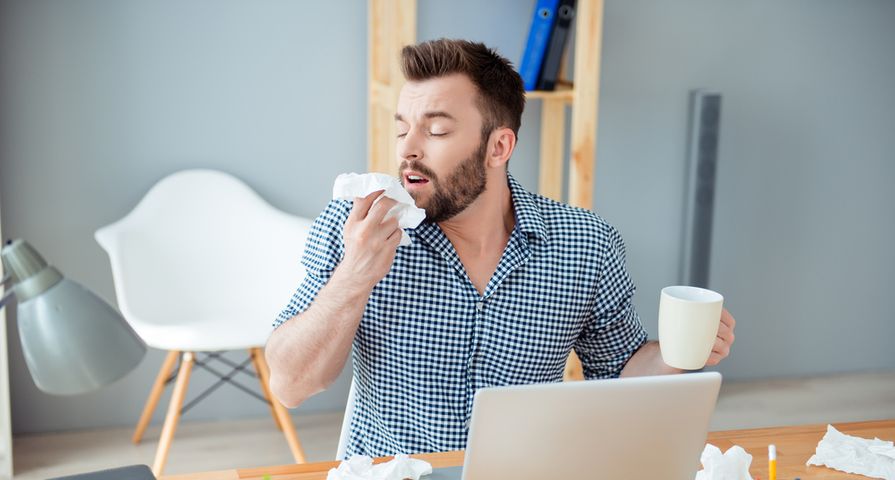 Sneezing is generally a way the body rids itself of foreign particles or clear nasal passages when you have a cold – but not every sneeze means you’re sick. A sneezing fit can be brought on for a number of other (often benign) reasons.

You may feel perfectly fine and then something suddenly triggers a sneezing attack – don’t panic and automatically get tricked into thinking you’re sick. Here are six possible culprits behind sneezing that may actually be something to sneeze at…

It turns out that sneezing is actually a mechanism that can prevent you from becoming sick in the first place, according to WebMD. “Sneezing is an important part of the immune process, helping to keep us healthy and sniffle-free,” it notes.

The source explains that sneezing keeps the body safe by clearing away bacteria and viruses that can manifest into an illness. So you could say that sneezing is normal, and it’s just part of your overall defense system against sickness.

If you ever get that feeling that you have a sneeze “stuck” and can’t quite get it out, stand in a darkened space for a few minutes and then walk into a bright room or step outside on a sunny day. For some people, that will almost surely trigger a sneeze or two.

This is referred to as “reflexive sneezing” induced by light, explains Scientific American. This reaction (called the photic sneeze reflex) occurs in up 35-percent of the population, and can actually pose some risk to drivers and pilots who have sneezing fits when they emerge into bright conditions, explains the article. “Exactly how sunlight causes some people to sneeze remains unknown,” it adds.

There aren’t many official medical sources to back this one up, but there are a handful of us out there that get the “sneezes” when chewing minty gum or eating a mint. WikiHow lists chewing on a stick of peppermint gum as one way to induce a sneeze.

While the source doesn’t explain why mints make you sneeze, it notes you’re more likely to sneeze if you inhale the scent more deeply while chewing (or sucking). If you don’t have gum or mints, you can try sniffing a bottle of peppermint essential oil, it adds. If you’re really in a jam and want to dislodge a sneeze, you can sniff mint toothpaste (or brush your teeth and inhale the scent).

If you think making love is nothing to sneeze at, you’re probably right – but it can also be a reason for sneezin’, according to WebMD. Apparently getting busy between the sheets can result in some serious sternutation (the medical word for sneezing).

WebMD says this phenomenon happens “more often than you might think,” and it’s believed to be caused by “the stimulation of the parasympathetic nervous system” as your body’s way to enhance the experience, and also the signal the end of it.

This could be related to the previous slide, but Livestrong.com says that any form of exercise can get your nose running or cause you to sneeze. It’s called “Exercise-Induced Rhinitis,” and it’s actually an allergic reaction to physical activity – not an underlying virus.

The source notes that “vigorous exercise” on its own could be the culprit, or it could be from a combination of exercise and the presence of allergens. It can also be from a temperature change – namely getting hot from exercise and then walking into a cooler room, it adds. Do not try to use this as an excuse to stop exercising – fitness benefits far outweigh enduring a couple of sneezes.

This factor is one that everyone faces and can lead to illnesses if left unchecked. But stress compounded with outside irritants can cause sneezing fits, notes an article in Psychology Today. The source talks about lightening your “immune load,” referring to stressors that affect the immune system that aren’t just related to allergens.

One of the most effective ways to take stress off your immune function is by practicing stress management including meditation, massage therapy, and even seeking counseling in some cases, it adds. “One of the best ways to consistently lower your immune burden – and thus bolster your body’s defense – is to recognize the compounding influence of anxiety, loneliness, insecurity, and other psychological and emotional factors,” explains the source.