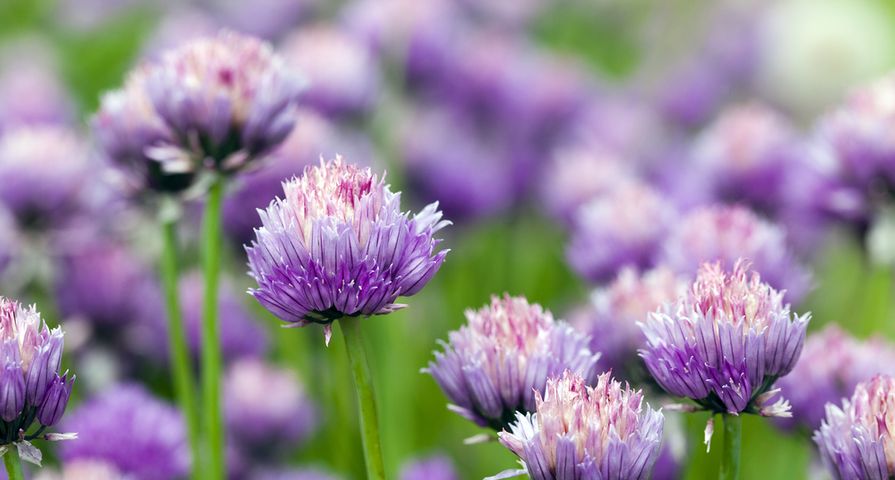 There’s nothing more frustrating than that familiar buzzing followed by the itchy prick of a mosquito while you’re trying to enjoy a nice evening or day outside. These pesky insects are something we’ve come to accept as one of the downfalls of spring and summer. While they might seem harmless, their relentlessness to bite and buzz in our ear can drive a sane person crazy! Unfortunately, there’s not much we can do to get rid of them, so what can we do to minimize their negative impact on our enjoyable patio parties or campfires?

Of course, we can layer up or lather on the bug spray, but according to several credible sources, there are other things we can do. Use nature to fight nature! Here’s a list of 16 plants that can be used in our garden or outdoor space to help repel mosquitos naturally!

While most humans, including myself, are refreshed and revitalized by the naturally sweet scent of peppermint oil, most insects, particularly mosquitoes and fleas, despise the minty smell.

Grow peppermint herb around your patio and fire and barbecue pits to repel adult mosquitoes and kill larvae. Apply a few dabs of concentrated peppermint oil topically to skin—including the temples, behind the ears, at the base of the neck and on wrists—and also smooth some oil in your hands and dab it onto your clothes. I also like to dilute the oil and use it as a bug spray.

According to a 2009 research study conducted cooperatively by the Korean Society of Applied Entomology, Taiwan’s Entomological Society, and the Malaysian Plant Protection Society; basil—or the phytoextracts within the Ocimum basilicum plant—is effective in repelling mosquitoes.

If you couldn’t already guess, citrosum is the plant derivative of the ever-popular citronella scent that mosquitoes seem to fear so much. The perennial, which is literally sold under the moniker “mosquito plant,” is used by many—both naturally and as a topical spray to keep mosquitoes at bay.

While many swear this plant wards off mosquitoes for a 10-foot radius, studies from the National Institutes of Health highly debate those claims. In fact, WebMD states that despite widely shared marketing, citronella candles and bug repellents candles don’t work well and may actually pose health risks if you’re inhaling chemicals in store-bought citronella products.

The burning of sage is a long-performed cleansing ritual. For instance, Native American and Canadian tribes used sage in sacred ceremonies to clear spiritual energy and to promote healing via smudging. Today, many also use the burning of sage for the purification of insects.

In fact, research from the Alderleaf Wilderness College, located in Monroe, Washington, encourage the use of sage as an aromatic smudge to repel mosquitoes. The college also suggests crushing the leave and applying the oils topically to the skin as an effective form of insect repellent. You can also throw a bunch directly in a fire to burn and ward off hungry bugs.

While cats go crazy for catnip, it turns out that mosquitoes hate it! The herbal cousin to the mint plant is effective against mosquitoes due to a natural chemical within known as nepetalactone (this is also the chemical that attracts cats).

According to a study conducted by entomologists at the American Chemical Society and Iowa State University, the nepetalactone in catnip is approximately 10 times more effective at repelling mosquitoes than DEET (found in commercial insect repellent). The study’s researchers also found that in addition to repelling all types of mosquitoes, catnip is also an effective repellent for cockroaches.

Oil of lemon eucalyptus is a pungent and fresh-smelling herb that is derived from the lemon eucalyptus tree. It’s also the only effective alternative to DEET recognized by the Centers for Disease Control (CDC).

According to CDC officials, multiple studies have found oil of lemon eucalyptus effective in repelling mosquitoes and ticks. However, this plant comes with several cautions. Firstly, the oil of eucalyptus plant is very invasive so it can easily take over your garden. Secondly, the CDC warns that oil of lemon eucalyptus can be poisonous if ingested, which means you shouldn’t apply it topically to any young children.

There’s something about lemon balm — it just sounds refreshing. This plant contains a compound of citronella, which is why it has similar effects. Not surprisingly, lemon balm plants smell like…you guessed it, lemon. It’s this lemony scent that repels mosquitoes. You can reap the effects of lemon balm by planting it in your garden.

It’s important to note that you should be careful when planting lemon balm because it can be quite invasive. Reader’s Digest talked to Juan J. Rocha, Vice President of DynaTrap who says it’s best to plant lemon balm in pots due to these invasive properties. This way you can control their growth in your garden while also limiting the population of mosquitoes in your yard.

Pennyroyal is related to mint, another great source of mosquito repellent that we’ll get more into later. It’s an extremely potent species of mint, explains Reader’s Digest. In fact, it’s so potent that we need to be careful how much we consume, too much of it can be toxic to humans and animals. The major plus of this plant is that it deters mosquitoes so we don’t have to deal with all that itchy and scratching.

To use it safely and effectively, the source recommends planting just a few pennyroyals around any gathering area in your outdoor space. Matteo Grader, a pest control specialist for the London-based pest control company, Panther Pest Control, tells Reader’s Digest that we can get even more protection when we place crushed pennyroyal leaves in our pocket. The strong odor of these leaves will work magic when it comes to repelling mosquitoes, so you can just enjoy your time outside!

There’s a reason all those outdoor candles are named and scented with “citronella” — it’s because it’s one of the best and most effective plants for repelling mosquitoes! You can even buy bug spray with citronella and essential oils to help ward off these pesky bugs.

To get even more defense, Reader’s Digest advises planting some citronella grass in your garden. The effects will be even better if you plant it near other repelling plants like lavender (which we’ll get to soon). “Citronella thrives in a variety of climates and soils, so it’s also one of the easiest plants to grow and maintain,” writes the source.

Marigolds are simple, yet stunning. You’d be hard pressed to find someone who didn’t love these flowers with their specks of bright yellow, red and orange. Thankfully we do know of one…mosquitoes! While their beautiful colors and scents are attractive to us, they aren’t so much to mosquitoes.

Reader’s Digest talked to Amy Lawhorne, vice president of the tick and mosquito control company, Mosquito Squad. She suggests planting marigolds in pots around the yard in gathering areas, as well as near any entryway into the home like doors and windows to keep these bugs away. You’ll create a more appealing space for you and your guests, not only in terms of decor, but also comfort wise!

This is yet another one of those plants that are appealing to humans, but not so much to mosquitoes. The best combination! Lavender is used by humans for many different things. A lot of people find the smell of lavender calming which is why it’s used in candles, bath soaps, scrubs, essential oils, and air fresheners, but mosquitoes cannot stand it.

“Carbon dioxide is one of the most pleasant scents for female mosquitoes, since their main sources of blood meal, like humans and animals, emit the scent,” writes Reader’s Digest after talking to the Vice President of DynaTrap, Juan J. Rocha. The source goes on to explain that the scent of lavender is about as far away from the small of carbon dioxide that we can get which is why they despise it.

Garlic is known for having quite the potent taste and smell so it might not be all that surprising that it has the ability to ward off mosquitoes. “Eating garlic leaves the potent scent and taste in your bloodstream, making you a less tasty meal for mosquitoes,” explains Reader’s Digest.

Eating a bunch of garlic isn’t exactly practical, nor is it a nice thing to do for the other people who will be around you! The best and most practical way to use this food is by planting it in the yard. This is a super easy trick that a lot of people don’t think to do. “It’s strong scent lingers through its shoots, and mosquitoes will want no part of the area in which they’re planted,” writes the source.

We’re used to mint being in our chewing gum or drinks because it offers such a nice crisp and clean flavor. However, there’s more to this plant than what we’re used to! According to Country Living, mint leaves can help keep mosquitoes away. Plus, if you buy mint in the form of an essential oil, it can also be used to soothe bug bites.

You might not have ever heard of a floss flower, but after seeing a picture of their bright and beautiful color, we don’t doubt that you’ll want them planted in your garden! Country Living points out that even though they aren’t the most potent plants to use, floss flowers (Ageratum houstonianum) are still fairly effective because they produce an aroma that mosquitoes don’t like.

What makes these plants even better is that while they repel mosquitoes, they lure in more appealing visitors like butterflies and hummingbirds who love their purple blooms.