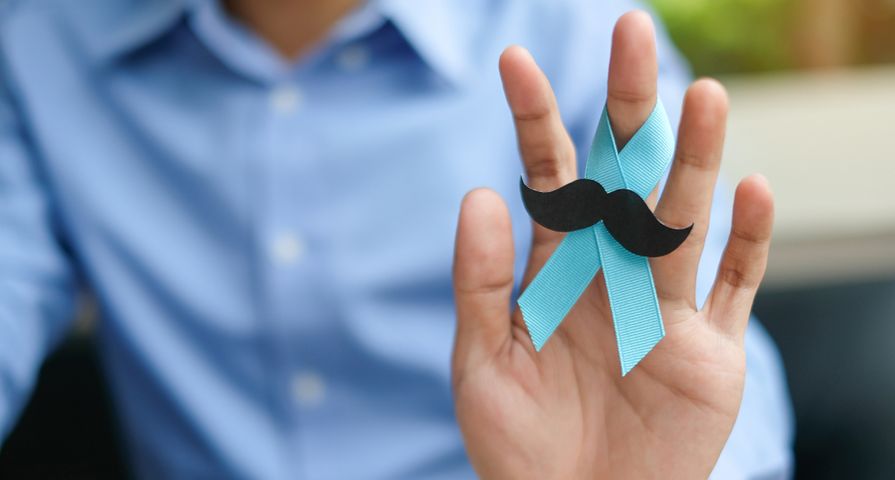 November is Prostate Cancer Awareness Month (as well as the month that dudes everywhere grow crazy moustaches in support of men’s health), but even outside that specific month, anytime is a good time to get a physical exam by your doctor. In the meantime, we’re here to dispel some myths about the deadly disease.

The American Cancer Society says prostate cancer is one of the most common types of cancer in men over the age of 40. The projections by the society for 2015 are almost 221,000 new cases in the U.S., with more than 27,500 deaths expected (second to lung cancer). However, while the disease is prevalent, there is a lot of misinformation about prostate cancer, so here are six myths put to rest…

Only Older Men Get The Disease

The Prostate Cancer Foundation based in California said that the risk of getting prostate cancer does increase with age (65-percent of cases are diagnosed in men aged 65 and older), however that doesn’t mean you’re not at risk as a younger male.

The remaining 35-percent can get this disease in their 40’s or 50’s, and the foundation notes that the chance of getting prostate cancer dramatically jumps at the 40-year milestone to 1 in 38 men. That’s in stark contrast to those under 40, who have a 1 in 10,000 chance of getting it. Those younger men diagnosed with prostate cancer will likely experience a very aggressive form of the disease.

Although the National Cancer Institute (National Institutes of Health) says family history is one of the main risk factors of developing prostate cancer (age and race are the other two biggest factors), it notes that just 5 to 10-percent of cases “are believed to be primarily caused by high-risk inherited genetic factors or prostate cancer susceptibility genes.”

The institute mentions that having a brother that is affected by prostate cancer is a higher risk than if your father had the disease. However, risk still increases if you have a first-degree relative (parents, siblings, children) diagnosed with prostate cancer before they turn 65 years of age.

Higher Levels of Prostate-Specific Antigen Means You Have Prostate Cancer

A PSA test can measure the prostate-specific antigens in your body, which are meant to trigger an immune system response. However, if your test shows a raised PSA level, that doesn’t mean you have cancer – the increase PSA response can also be from recent sexual activity or from other medical conditions.

In fact, according to the Prostate Cancer Foundation, overweight men with prostate cancer may actually have lower levels of PSA due to having larger volumes of blood. Also, it probably goes without saying then that a PSA test is not a cancer test, noted the foundation, which describes this test as more of a “first alert” indicator.

At one time experts believed that frequent sexual activity increased prostate cancer risk, but here’s some good news – it has since been widely decided that sex actually lowers the chance of getting the disease, at least according to the Harvard Medical School.

An article from the school noted a study showed men who ejaculated 21 or more times per month had a 33-percent less chance of developing prostate cancer compared to men with only 4 to 7 ejaculations per month. The study involved men aged 46 to 81 who reported sexual habits from early adulthood.

While it’s true that prostate surgery carries a risk of causing erectile dysfunction (ED), which also lessens your libido, it doesn’t mean you have to trade treating your cancer for ED. Healthline said that there are techniques to help recover while your body heals.

In fact, Healthline noted that while it can take some men a year to achieve an erection following surgery (and 2-years for sexual penetration), it could be significantly sooner for some lucky guys that have had a nerve sparing surgery. About 60-percent of men who have prostate surgery can have intercourse within 2-years of the procedure, noted the online source. Function also appears to improve with time, pelvic floor physiotherapy and medications.

'Movember' Numbers Down For 2014, But Still Impressive

Prostate Cancer is a Slow-Moving Disease

Harvard Medical School has confirmed that some prostate cancers develop slowly, but others are much more aggressive. However, it noted that the lethal risk (using a Gleason scale) of a cancer remains stable throughout the life of the cancer, meaning the initial diagnosis of the severity of the disease can be very accurate.

This means that in some cases, men could die of natural causes before the cancer has a chance to take their life. In other cases, a higher Gleason score can indicate the tumor is more aggressive and requires more immediate treatment, noted the Canadian Cancer Society. Typically, it’s the younger men diagnosed that end up having a much more aggressive form of cancer.