6 Facts to Digest About Functional Dyspepsia 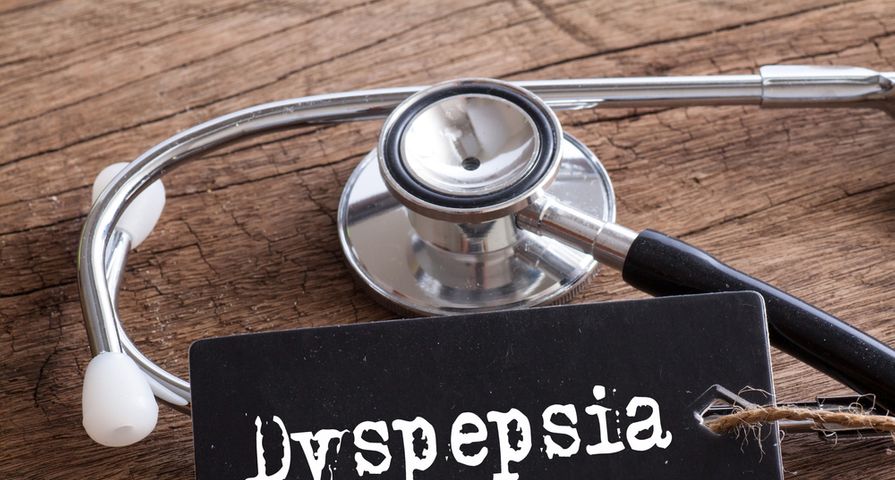 Tips to Prevent Overeating While Working from Home

If you regularly have a gut feeling, then you may be experiencing functional dyspepsia (also known as non-ulcer dyspepsia, pseudo-ulcer syndrome, pyloro-duodenal irritability, and gastritis), which the Canadian Society of Intestinal Research describes as a “chronic disorder of sensation and movement (peristalsis) in the upper digestive tract”.

While it’s generally not considered a serious condition, there are many symptoms attached to it that can make life unpleasant for a patient. Here are six signs you may be suffering from functional dyspepsia…

1. It Can Mimic an Ulcer

Canadian Society of Intestinal Research notes that some doctors would have mistaken complaints about upper/middle abdominal pain as an ulcer, which are sores on the stomach lining that can bleed.

However, physicians can now rule that diagnosis out by using detailed barium X-rays or gastroscopy, according to the source. Functional dyspepsia doesn’t present evidence of a structural disease, although the symptoms will have lasted more 3-months or more, it adds.

Reasons You Should Buy an Office Chair While Working from Home

2. The Cause isn’t Clear

Patient.info notes the cause of Non-ulcer (Functional) Dyspepsia can be hard to pinpoint, but notes in some cases there could be an infection of Helicobacter pylori bacteria. It notes that treating this particular infection can clear up the problem for some patients.

While dyspepsia can be classified as indigestion, other causes of the condition can be eating too little “until it barely sustains life” because foods disagree with you, according to ChestofBooks.com. This can cause constipation and aggravate dyspeptic symptoms, it adds. Abusing certain drugs can also lead to indigestion, adds the source. Stress has also been examined as a cause.

3. There are Ways to Calm It

ScopeClinic.com notes once you have a diagnosis for non-ulcer dyspepsia, there are some adjustments you can make to make digestion more comfortable. For example, it notes eating smaller portions at regular intervals (and slowing down your eating pace) can be helpful.

It also notes you shouldn’t eat for 3-hours before bedtime, to allow your body proper time to digest food already in your system. Reduce or eliminate alcohol and caffeine, and try to stay away from fatty or fried foods, it adds. Ask your doctor about over-the-counter and prescription medications (including low doses of antidepressants) that can also help provide relief.

The Mayo Clinic says that non-ulcer dyspepsia can cause the same type of pain in the upper abdomen that’s associated with ulcers, along with bloating, belching and nausea.

Other symptoms include a burning sensation from stomach acid (antacids can help), and feeling full when you’re hungry and have only taken a few bites. The clinic says if your symptoms worsen – for example if you have vomit with blood, pass dark stools, or experience shortness of breath – you should seek immediate medical attention.

If you’ve been told you have dyspepsia, don’t panic – it’s quite common throughout the world. In fact, the Canadian Society of Intestinal Research explains estimates are that 20 to 45-percent of Canadians have this condition (but many will ignore the symptoms and skip the doctor).

A post on the U.S. Library of Medicine explains that non-ulcer dyspepsia is diagnosed “at least” twice as often as a peptic ulcer, but it doesn’t offer specific numbers relating to overall prevalence of the condition in the U.S. Based on Canadian estimates, it’s a lot of people.

6. The Outlook is Positive

Getting a correct diagnosis for this condition can be tough – it can sometimes be confused with an ulcer (as mentioned earlier), pancreatitis, or irritable bowel syndrome – but once the problem is pinpointed, it can be fairly successfully treated.

The Canadian Society of Intestinal Research notes there’s currently no evidence that having non-ulcer dyspepsia will lead to cancer or another serious disease, and that “successful therapy involves dietary discretion and short courses of medication”.