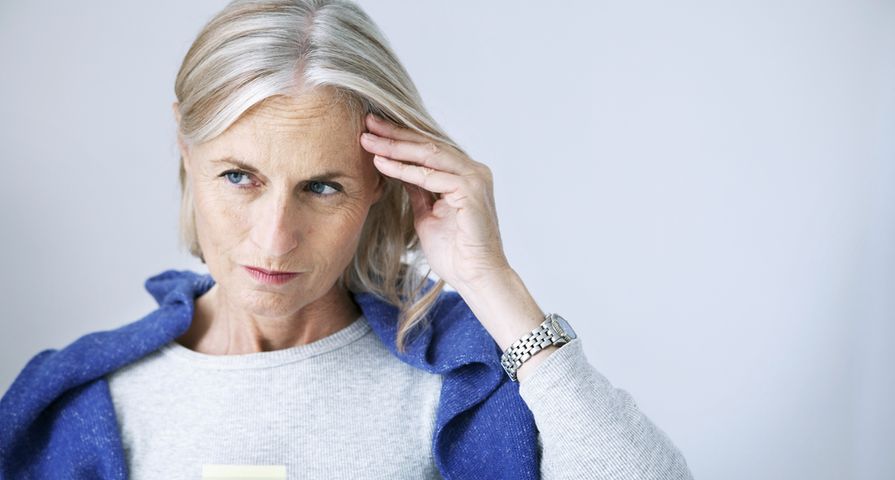 The Alzheimer’s Association defines Huntington’s disease as “a progressive brain disorder caused by a defective gene.” It is an inherited condition that slowly degenerates nerve cells in the central area of the brain that are responsible for movement, mood and cognitive function.

While most people with Huntington’s disease develop signs and symptoms in their 30s or 40s, it’s possible for it to develop much earlier or later in a person’s life. The following are six early warning symptoms to be mindful of, especially if the disorder runs in your family.

At the onset of the Huntington’s disease, coordination issues may be so slight that they are easily dismissed. These changes may include compromised balance, clumsiness, stumbling while walking, or slight difficulty with daily activities like driving.

As the disease progresses, however, these symptoms will worsen. Feeding can also become a problem in later stages, as diminished coordination may cause a person to spill or drop food.

In some cases, Huntington’s disease will initially manifest itself as small, uncontrollable muscle movements. In speaking with Prevention, Susan Perlman, MD, a neurologist and director of UCLA’s Huntington’s Disease Center of Excellence, says that the affected individual may not be aware of these changes, and that is it often friends or family who will notice “fingers always tapping or a twitch in the face.”

In the later stages of the disease, these small movements may evolve into more pronounced jerking or twitching—a condition known as chorea.

Depression among those with Huntington’s disease is very common. In fact, the Mayo Clinic says it is the most common psychiatric disorder associated with the disease.

But the source points out that the depression is not simply a reaction to a diagnosis. Rather, it occurs “because of injury to the brain and subsequent changes in brain function.” This can lead to additional symptoms such as irritability, social withdrawal, insomnia or fatigue.

A person in the early stages of Huntington’s disease may also have trouble remembering things. Specifically, they may struggle with short-term memory lapses. According to ImproveMemory.org, other memory issues include “poor judgment and decision making skills, difficulties with problem solving abilities, and a short attention span that can deteriorate over time.”

In some cases, individuals with Huntington’s disease will develop dementia. The Alzheimer’s Society says symptoms can include “difficulties with concentration, planning and organisational skills.” Unlike those with Alzheimer’s disease, however, Huntington’s disease patients that have dementia will “continue to recognize people and places until the very late stages of the illness.”

As Huntington’s disease damages areas of the brain responsible for emotion, an early symptom of the disorder is that a person may exhibit apathy—a lack of emotions.

Or, on the flip side, they may alternate emotions quite erratically, experiencing outbursts of aggression, anger, excitement, or frustration. As with the other symptoms, this emotional turmoil generally worsens as the disease progresses, putting immense strain on personal relationships.

Early on, a person with Huntington’s disease may notice that their movements become slower, or find that their muscles feel stiff on occasion.

As the disease worsens, so too may these symptoms. Some individuals may develop dystonia, a movement disorder that causes the muscles to contract involuntarily or become rigid over time. This can eventually lead to issues with posture, speech and swallowing.