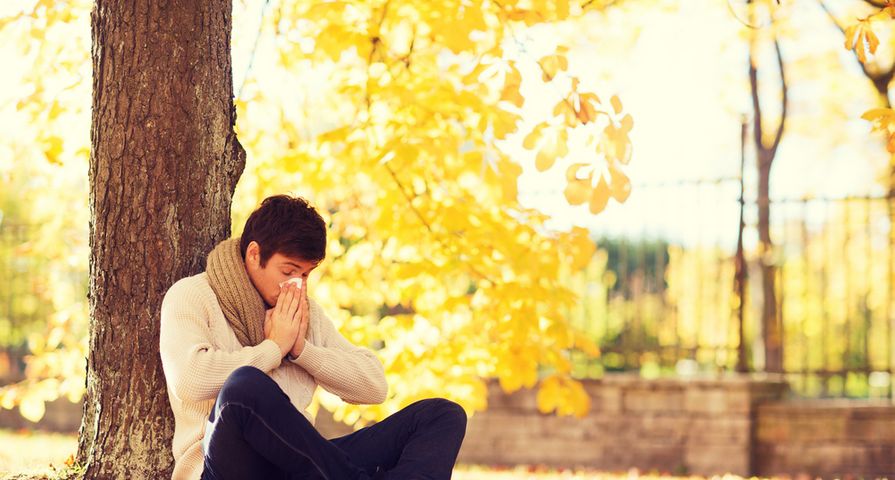 Fall allergies affect more than 35 million people in the U.S., according to NBCnews.com. So while many are loading up on pumpkin spice lattes and fashionable infinity scarves, you may be one of the unlucky individuals loading up on antihistamines to ward off these common late summer, early autumn allergens and symptoms that come from allergic rhinitis, or hay fever—such as itchy, burning eyes, sneezing, sniffling…

1. What are Seasonal Allergies?

According to ear, nose, and throat specialist, Dr. Bruce Gordon, at Hyannis, Massachusett’s Cape Cod Hospital, allergies come in two forms—seasonal (which are present during certain periods) and perennial (which continue all year long).

Seasonal allergies that persist in late summer or early fall variate depending on what plants pollinate in the environment during that time frame. In late summer, early fall the plants that commonly pollinate are, unfortunately, weeds and molds such as…

Molds spores are common allergens during fall because they love to live in moist leaves, compost, and soil, which litter the ground abundantly during autumn.

Mold spores take flight and circulate the air during and following ragweed season, typically lasting until the first frost, where they swirl around in the atmosphere and are inhaled as the day goes from crisp to warm.

Now allergies to fall weeds will largely depend on your geographical location. For instance, if you live in an area where goldenrod is plentiful, you may suffer allergies due to this bright yellow weed.

Keep in mind that even though goldenrod and ragweed bloom at the same time and are often mistaken for one another, these weeds are very different. First and foremost, ragweed is a wind pollinator whereas goldenrod is pollinated by insects. Also, goldenrod is a less common allergen compared to ragweed.

This common wind-pollinator is enemy number 1 for many who suffer with fall allergies, which can produce more than a billion pollen grains per plant, per fall season…sniff…while traveling by air up to 400-miles…double sniff!

Ragweed grows abundantly across the Midwest, Southern, and Northern states in late summer until up to about mid-fall, in open fields and along roads. It’s allergenic reign typically comes to an end once the first frost strikes.

In addition to the notorious ragweed, late summer and fall allergies can also be triggered by weeds that grow and pollinate during this time frame, depending on your location.

If you already know you suffer from late summer, early fall allergies, the following tips provided by Prevention Magazine may help alleviate your symptoms and pollen exposure. For instance, you may choose to stay inside with your windows closed during high pollen hours (check your local pollen count online) or when the weather is very windy (causing more pollen to circulate).

You may also choose to wear a face mask when outside or when doing yard work (i.e., raking, burning leaves) that can expose you to mold and pollen allergens. Reduce allergen exposure around your home by clearing out gutters, keeping windows closed, and showering daily to remove pollen from your hair, skin, and clothing (brush and bathe pets too).