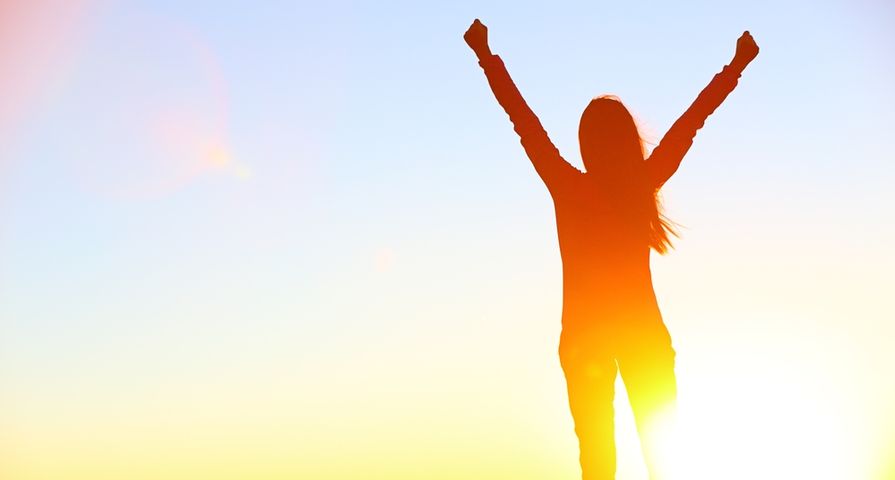 Tips on Staying Healthy While Working From Home

Most of us are trapped in an office with dim lighting, and some of us aren’t even lucky enough to have a window at all in the workplace. However, it’s not just the office where many are starved for natural light—reading indoors in less than ideal lighting conditions or spending time in basements and rec rooms with no natural sunlight at all can be limiting.

It has been proven by many experts that natural light can boost your mental and physical efficiency (not to mention save money on your electricity bill). While you can’t always be outside, there are ways to get the benefits of sunlight while writing your report or catching up on the latest novels. Here are five reasons to let the sun shine in…

That’s right, more white light means better quality sleep at night, according to a study from Northwestern University, in Illinois. The study showed that employees with windows nearby receive 173-percent more natural light throughout their workday, which translated to 46 additional minutes of sleep each night (compared to those without windows in the workplace).

Getting less quality sleep may also be another detrimental result of lack of natural light exposure, the study suggests. The university said that getting a dose of white light (in the morning especially) has a positive effect on your overall health and vitality—and also noted that natural light is “the most important synchronizing agent for the brain and body.”

A 2003 New York Times article noted a study involving a large number of students in California, which showed that student test scores were 26-percent higher when taken in buildings that had primarily natural light compared to artificial sources.

The article gives one explanation of this phenomenon—artificial light is in the “red region” of light, while sunlight is towards the “blue region”, which naturally suppresses melatonin (the hormone that makes us sleepy). At the same time, natural light can boost our seratonin, which increases alertness and mood.

Natural light contributes the somewhat elusive Vitamin D to your body, which is important for absorbing calcium and assisting in bone growth, according to NC State University’s ‘Change Your State’ initiative. The university notes that many Americans actually have a Vitamin D deficiency from spending too much time cooped up indoors.

The same article notes that Vitamin D is important for combating diseases such as cancer and diabetes as well as for treating depression and chronic pain. You can take Vitamin D supplements, but experts have stated that sunlight is much more effective in delivering the vitamin’s benefits than—you guessed it—the artificial source.

You may have been told as a child not to sit too closely to the television (and now the computer screen)—and there’s some merit to that, according to news and entertainment site, Examiner.com. The 2013 article says you can avoid eyestrain and develop healthier eyes by taking breaks in the sunlight or installing sun tunnels to bring in a mix of natural lighting.

However, the article warns that too much direct sunlight can have negative effects on your eyes, so be sure to wear UV-blocking sunglasses and hats to reduce the chance of developing macular degeneration, which can lead to blindness.

An article posted on The National Center for Biotechnology Information website says that your mood can get a quick boost from sunlight. Do you ever wonder why if feels so good to lay on a beach doing nothing on a sunny day? It could be because UV rays from the sun increase endorphins in your bloodstream that make you feel good naturally, according to the article. It notes that melanocytes (which are responsible for giving your skin its color) contain an endorphin receptor system.

Women’s Health magazine touts sunlight as “the easiest way to fight depression” because of a boost in serotonin levels in the brain from stimulation of the optic nerve (serotonin is the same neurotransmitter targeted by antidepressant medications). Sunlight can promote a natural sense of well-being much quicker than medications that can take weeks to have an effect, especially during winter months, added the magazine.