Home » Your Health » What to Know About Kyphosis

What to Know About Kyphosis 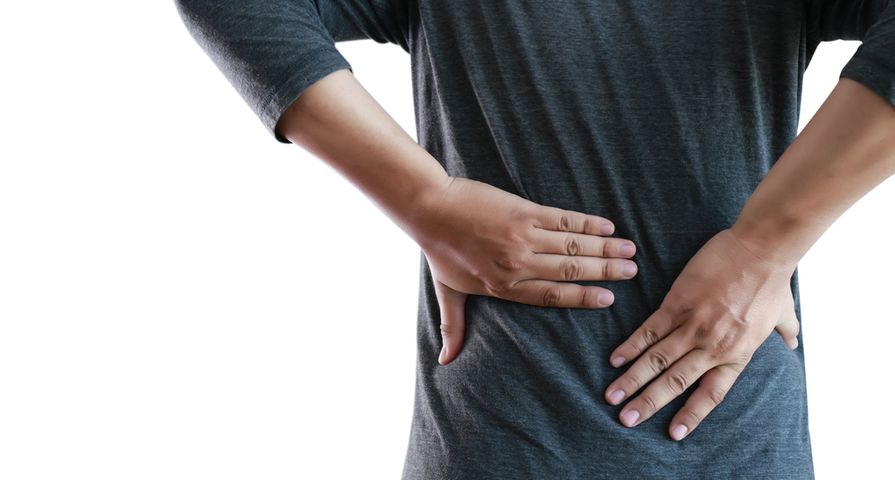 Common Causes of Low Back Pain

Kyphosis is the medical term for a condition in which the curvature of the spine causes a forward rounding of the back. Although everyone’s spine is curved to some degree, the NHS says “a curve of more than 45 degrees is considered excessive.”

And while kyphosis can affect people of all ages, it most commonly occurs in older adults—specifically women—and is caused by osteoporosis. But this is just one of many different causes of kyphosis. Read on to learn more about other causes, the different types, as well as symptoms to look out for, and how it can be treated.

As previously mentioned, there are many different types of kyphosis. The most common is postural kyphosis, which, as its name implies, is due to poor posture and slouching. The University of Maryland Medical Center explains, “This condition is most common in adolescents and young adults, as they often slouch when standing and sitting, causing the spine to curve forward.”

Scheuermann’s kyphosis is another common type, and occurs as a result of a structural abnormality in the spine, where some of the vertebrae are more triangular in shape, which “causes the vertebrae to wedge together toward the front of the spine, decreasing the normal disk space and creating an exaggerated forward curvature in the upper back,” says the American Academy of Orthopaedic Surgeons. In some cases, however, people are born with the condition. This is known as congenital kyphosis, which the source indicates “occurs when the spinal column fails to develop normally while the baby is in utero.”

In addition to having a spine that is curved more than normal, people with kyphosis may also experience symptoms such as back pain, muscle fatigue, and stiffness. In most cases, MedicineNet.com says “these symptoms remain fairly constant and do not become progressively worse with time.”

In severe cases, however, the spine can become even more curved, causing these symptoms to worsen. Additionally, the American Academy of Orthopaedic Surgeons indicates the person may suffer from “weakness, numbness, or tingling in the legs,” along with loss of sensation and breathing problems.

There are a wide variety of factors that can cause kyphosis. As mentioned earlier, one of the primary causes is osteoporosis. The Mayo Clinic explains that this is because “osteoporosis weakens spinal bones to the point that they crack and compress.” Even older adults who don’t have osteoporosis may still experience kyphosis to a degree, as the NHS says “as people get older, their spinal curvature can be expected to increase.”

In addition to age-related causes, the source says kyphosis can occur due to “abnormal development of the spine in the womb,” as with congenital kyphosis; “abnormally shaped vertebrae,” which is characteristic of Scheuermann’s kyphosis’ and “poor posture,” the culprit of postural kyphosis. Spine-Health.com adds that kyphosis can also develop as a result of poor healing related to a spinal injury, vitamin deficiencies during childhood, or neuromuscular conditions like cerebral palsy.

A physician often diagnoses kyphosis through a physical examination known as the Adam’s forward bend test, where the individual is asked to “bend forward with both feet together, knees straight, and arms hanging free,” says the American Academy of Orthopaedic Surgeons.

In addition to the bend test, the doctor may order x-rays to help better see the vertebrae and help determine the degree of the spine’s curvature. If it is severely curved, the source says pulmonary function tests may also be conducted, as they “help determine if…breathing is restricted because of diminished chest space.”

Treatment of kyphosis is largely dependent on the cause of the condition. With postural kyphosis, for instance, Spine-Health.com indicates “Exercises to strengthen abdominal and back muscles can help correct kyphosis from poor posture and maintain a more normal alignment.” With Scheuermann’s kyphosis, however, the U.S. National Library of Medicine says it is “treated with a brace and physical therapy.”

The treatment for congenital kyphosis is more intensive, often involving surgery to help re-align the spine. Surgery is sometimes used to help with osteoporosis-related kyphosis as well, although treatment is generally focused around addressing the osteoporosis itself to help prevent future fractures and compression from occurring.