Home » Your Health » 5 Things to Know About Exploding Head Syndrome 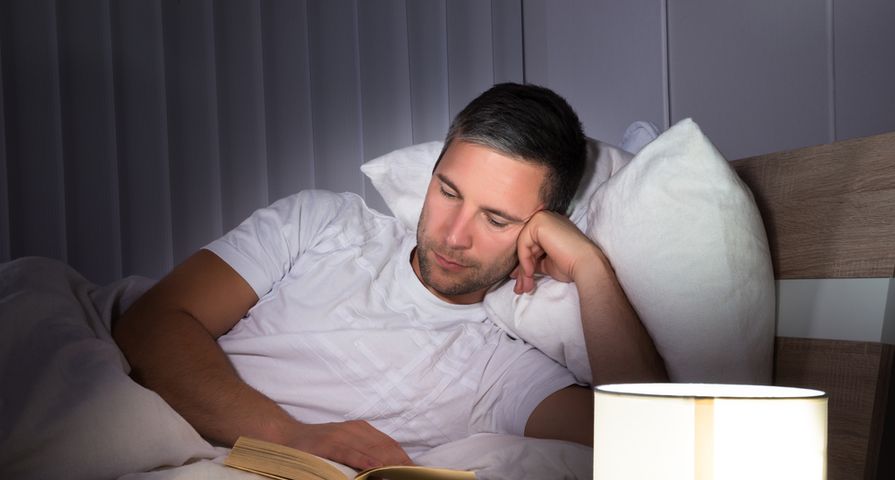 Imagine curling up in bed, just about to doze off when…BANG—you hear a loud noise that startles you awake again, feeling frightened and distressed. This is a common occurrence for those with exploding head syndrome (EHS), who imagine loud noises just before falling asleep or when they wake up during the night.

Those with the condition have described these noises in various ways, including a loud bang, a clash of symbols, or a bomb exploding. Despite the alarming nature of these attacks, however, EHS is not associated with pain. Find out more about this relatively common condition with the following five facts.

A type of parasomnia, exploding head syndrome is estimated to affect approximately 10 percent of the population. Females, in particular, are more at risk of the condition. EHS tends to present itself later in life, with the average age of onset being 50 years old.

According to the American Academy of Sleep Medicine, the number of attacks varies from person to person. Although they happen rarely, it’s possible for them to happen multiple times in one night. In some cases, people may experience attacks several nights in a row, before a several week break.

As mentioned before, one of the most indicative symptoms of exploding head syndrome is hearing a loud noise just before falling asleep or after waking throughout the night. Although in most cases these attacks are painless, sudden stabs of pain in the head have been reported.

In some cases, a flash of light may accompany the alarming sound, or a muscle twitch or jerk. It is common for these attacks to cause a person to awaken frightened and distressed, sometimes with chest pains and an elevated body temperature.

Despite how common it is, very little is known about what causes exploding head syndrome, although there are theories. According to the American Sleep Association, such theories include that EHS “may be associated with minor temporal lobe seizures,” or that it “is caused by sudden shifts of middle ear components.” The source adds that other possible causes may be “stress/anxiety, impairments in calcium signalling and brainstem neuronal dysfunction.”

In some cases, however, the imagined sound may not be due to exploding head syndrome. According to the American Academy of Sleep Disorders, other potential causes include other sleep disorders, a medical condition, the use of certain medications, a mental health disorder, or substance abuse.

Because exploding head syndrome is not particularly harmful, treatment is rarely required. However, in cases where EHS attacks are severely disrupting a person’s sleep or causing a great deal of distress, the individual should speak to their physician or a sleep specialist about medication options.

The American Sleep Association says that tricyclic antidepressants (such as clomipramine) and calcium channel blockers have proven beneficial for some people.

If a person’s case of exploding head syndrome is relatively mild, there are several non-medicinal tactics that can help to treat the condition and its symptoms. In an interview with the Huffington Post, David Uskavitch, M.D. (clinical director of the Vanderbilt Neurological Clinic in Nashville, Tennessee) recommends reducing stress levels as much as possible by “setting aside time to read, take a walk or visit with friends.”

Additionally, Dr. Uskavitch suggests eating a balanced diet, which can help the body cope with stress and promote good sleep habits. Getting the appropriate amount of sleep is also important, as a lack of it can further worsen the condition. The source encourages a minimum of six hours per night.