Things to Know About Your Gallbladder 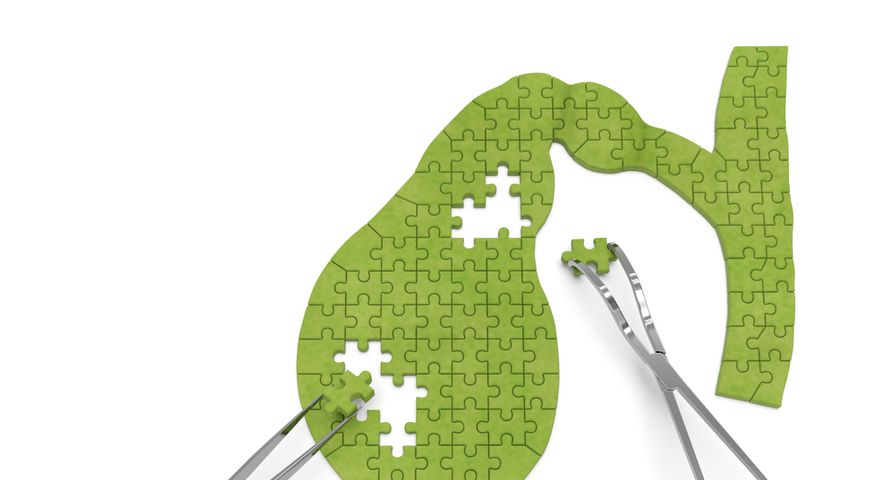 Signs and Risk Factors of Gallstones
Your gallbladder is a relatively small organ that holds and releases bile produced by the liver, but you can have bigger problems if something goes wrong with it.

While gallbladder problems are common, there’s not a lot of general knowledge about the organ itself, so let’s put the spotlight on this important part of our body with 13 facts about it…

Let’s look a little more closely why you have a gallbladder to begin with, and where it is. The relatively small organ is located adjacent to the liver, in the upper right part of your midsection under your liver.

Now that you know where it is, here’s what it does: it stores bile (water and bile salts) produced by the liver, which is used to break down dietary fats, notes EveryDayHealth.com. Since you’re (hopefully) not continuously eating, the gallbladder stores the bile until you need it – and dumps it into your small intestine to aid in the digestive process.

2. Signs of a Gallbladder Problem

Like all organs, things can go wrong, and you might not even pay attention to the fact you have the organ until it starts causing health problems. In the case of the gallbladder, problems will usually surface as pain that’s “mild to excruciating” in your abdomen that’s present occasionally or almost constantly, notes EveryDayHealth.com.

Other signs you may be having a gallbladder issue include upset stomach, vomiting, fever, chills, pain in the chest, darker urine or “clay-colored” stool, adds the source.

3. Pain Is The Biggest Marker

EveryDayHealth notes that if your gallbladder becomes inflamed due to a blockage of bile, a condition known as cholecystitis, then you’ll know it because it can be “quite painful.”

Another thing to be mindful of is when the pain is at its worst – the symptoms of cholecystitis are usually at their peak following a large or fatty meal, adds the source. Your gallbladder is trying to release bile, but can’t due to the blockage.

WebMD explains your gallbladder can develop a number of conditions, which could impact your overall health. These common conditions include gallstones (which we’ll get more into soon), which are sometimes painful but usually relatively harmless, adds the source.

Other common conditions related to the gallbladder according to the source include cholecystitis, which is inflammation of the organ as a complication to gallstones; gallbladder pancreatitis, a serious condition where drainage from the pancreas is blocked due to a gallstone; and gallbladder cancer, which is rare but is often found during late stages as it’s not easy to diagnose, adds WebMD.

5. Gallstones Are Made of Cholesterol

Your doctor has probably told you at least once to mind your cholesterol, because it can lead to all kinds of problems other than cardiovascular issues. It turns out that cholesterol is a key ingredient of gallstones, notes Men’s Health.

More accurately, it’s when the cholesterol that’s usually present in bile, along with other bile contents such as electrolytes and water are out of proportion, notes the source. The hardened cholesterol creates stones that can range in size from “small grains of sand to golf balls,” it adds.

6. Why Do Gallstones Form?

The Mayo Clinic says it’s actually not medically clear why gallstones form in some people, although there are theories (and risk factors, which we’ll cover).

These possible causes include too much cholesterol in the bile – chemicals in the bile that are responsible for breaking down the cholesterol can’t keep up and it crystallizes, notes the source. Another theory is too much bilirubin in the bile, which is a chemical from the breakdown of red blood cells. There’s also the common blockage explanation – if your bile can’t escape the organ, then it becomes too concentrated and forms stones.

We’re focusing a lot on gallstones, because they’re the biggest problem associated with the gallbladder. That being said, there are a number of risk factors that relate to developing gallstones, says the Mayo Clinic.

These factors include being female, being older than 40, being overweight or obese, being pregnant, leading an inactive lifestyle, having diabetes, taking medications that contain estrogen (such as birth control pills), or having a family history of gallstones, it adds.

As we said, gallstones are common – but just how common? Men’s Health pegs that number at up to 20-million Americans, while other sources says 12-percent of the U.S. population.

However, gallstones may not seem this widespread because you may have a gallstone and not even know it, adds the source. “They’re often too small to cause a blockage,” it notes. Doctors sometimes don’t notice them unless they’re doing tests for another condition, it adds.

The source says you should consume a heart-healthy diet that focuses on limiting unhealthy fats such as trans fats, which will keep your gallbladder “from working overtime.” It also says coffee and vegetable-based proteins seem to protect against gallbladder disease.

10. When The Gallbladder Needs to Go

As Healthline.com points out, a doctor will likely recommend gallbladder removal if the gallstones (that can be lodged in ducts or the organ itself) “cause significant pain and other complications.”

When gallstones break free from the organ and travel, they can cause a number of gallbladder disease symptoms. A site called Medic8 notes common complications include acute cholecystitis, which can cause a fever, racing heartbeat, and pain in the abdomen that spreads to the shoulder blades.

Other complications include acute pancreatitis if the stones block drainage from the pancreas, and acute cholangitis that’s actually inflammation of the bile ducts, notes the source. The latter complication can come with fever, nausea, confusion, as well as pain and itchy skin in the upper abdomen, it adds.

12. A Closer Look at Gallbladder Cancer

This refers to a cancer that originates from the gallbladder, and it’s not a common form of cancer, says the Mayo Clinic. It’s also 1-of the harder cancers to diagnose, meaning the prognosis is often less than ideal, it says.

The reason it goes undetected for a time is that is doesn’t carry “specific signs or symptoms,” notes the source. “Also, the relatively hidden nature of the gallbladder makes it easier for gallbladder cancer to grow without being detected,” it adds. If you’re experiencing upper abdominal pain, weight loss, nausea, or yellowing of the skin, see a doctor.

13. You Can Live Without a Gallbladder

Sure, the gallbladder serves a purpose, but it’s not like you’re losing your liver (which you can’t live without.) Removal is the most common treatment for gallbladder problems, but it doesn’t mean your life will be turned upside down, assures Men’s Health.

Your liver is what produces essential bile, not your gallbladder. The difference will be that bile will be sent directly into the small intestine and bypass where the gallbladder will be – although you should avoid high-fat foods following the procedure to give your body a chance to adjust.