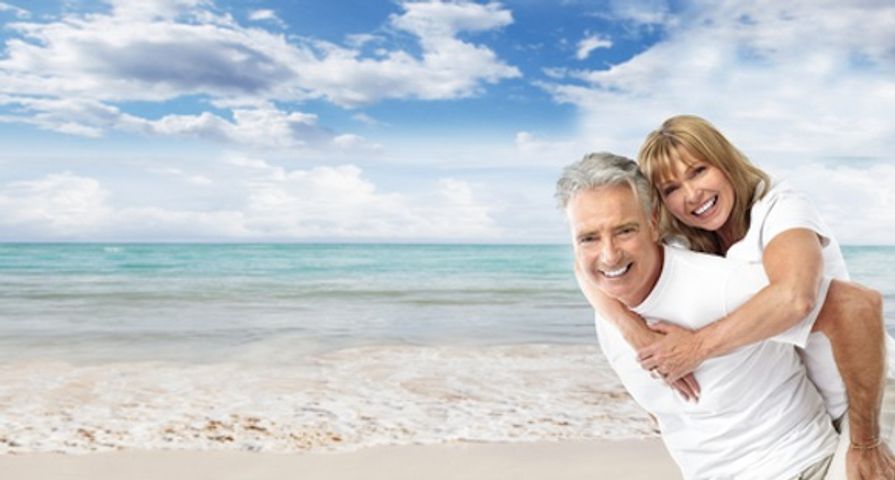 Conditions Often Confused with Alzheimer's Disease
Alzheimer’s disease is a devastating illness that affects over 27 million people world wide. It is the more prevalent form of dementia, which is a loss of cognitive ability. The symptoms of Alzheimer’s include confusion, short term memory loss, mood swings, and difficulties using language. Eventually, the brain becomes so damaged that bodily functions become impaired, leading to death. Death typically occurs within ten years of diagnosis.

There are currently over 400 trials of new Alzheimer’s medications. Hopefully new treatments will be available soon. Until then, prevention is one of the best options. Here are 12 easy ways to help prevent Alzheimer’s disease.

A recent study, published in the Archives of Neurology, has shown a connection between keeping your brain active and a lower risk for Alzheimer’s disease. The study looked at people throughout their lives, testing for the risk factors of Alzheimer’s while analyzing their brain-stimulating activities. These activities commonly include sudoku, crossword puzzles, and short digital games. The study found that the results came from a whole lifetime of brain activities, so start playing sudoku while you’re young!

A study looking at people from Seattle found that drinking juice may prevent Alzheimer’s disease. The study, published in the American Journal of Medicine, followed the participants for 10 years. Their results showed that people who drank at least three servings of fruit and vegetable juices has a 76% decreased risk of Alzheimer’s disease. The scientists theorize that the results may come from the vitamines in the juices, as well as the polyphenol antioxidants. You can find polyphenols in juice, tea, and wine.

Playing games is more than just a fun activity, it can also keep your brain sharp. Video games provide more mental stimulation than reading a book. Try to find games that require a variety of mental processes- puzzles, strategy, and roleplaying are good video game activities. “Brain games” for video games and computer games are not necessarily the best choice. While these activities will make you think, you’re just teaching your brain to become faster at completing the puzzles.

5. Get Your Flu Shot

Some people believe that getting your flu shot can lead to an increased risk of Alzheimer’s disease. They explain it because there are low levels of mercury in flu shots. In reality, getting your vaccines can actually lower your risk of developing Alzheimer’s disease. A study in the Canadian Medical Journal found that vaccines protecting against diphtheria  tetanus, polio, and the flu can protect you long term against Alzheimer’s. The cause of this connection is not fully understood.

Enjoying your morning coffee could be helping prevent Alzheimer’s disease. Coffee is packed with antioxidants which have been shown to fight the onset and progression of this disease. One study, published in the Journal of Alzheimer’s Disease, showed that you can reduce your risk by 65% by drinking 3-5 cups of coffee each day. It also delayed the onset of Alzheimer’s by 2-4 years. One of the researchers, Chuanhai Cao, PhD.  said that people should, “aim for an average of three, 8-ounce cups of coffee per day in the morning after eating breakfast.”

7. Have A Healthy BMI

Maintaining a healthy body weight through your life can help prevent the onset of Alzheimer’s disease. One study, presented at the American Academy of Neurology, showed an increased risk for Alzheimer’s disease in correlation to higher body weight. The report looked at people over the age of 40. Keeping your brain healthy starts with your entire body.

Regular meditation could help keep Alzheimer’s at bay. Meditating for just 12 minutes a day for over two months can improve vascular circulation in seniors. This will help improve blood flow to the brain. One study found that after two months of regular meditation, people with Alzheimer’s disease showed better results on cognitive testing. Meditation has other great benefits, like lowering stress levels, balancing emotions and moods, and getting in touch with your mental and physical body.

A recent study found that getting increased levels of vitamin D3 along with eating Omega-3 fatty acids could help prevent Alzheimer’s disease. The study, publishes in the Journal of Alzheimer’s Disease, found people who had high levels of both nutrients were able to clear their brains of amyloid plaques. This plaque has been linked to the onset of Alzheimer’s disease. The easiest way to get more vitamin D is to get out into the sun. You can also take it in supplements.

Preventing the formation of amyloid plaques is an important step in the prevention of Alzheimer’s disease. A new study has found that proper sleep may help keep your brain healthy. They found that proper levels of melatonin throughout your life can help prevent the plaque from forming. Melatonin cannot clear the plaque, so long term prevention is necessary. Regulate your melatonin by getting good sleep. Try to get to bed at the same time every night. Remove all light sources from your room when sleeping. Make sure you sleep at least 7 hours each night.

Some scientists have been referring to Alzheimer’s disease as Type 3 Diabetes. Insulin is directly linked to brain function, and a diet high in excess sugar can create insulin resistance. When brain cells become insulin resistant, amyloid plaques may form and create the onset of Alzheimer’s disease. A lifetime of eating poorly may have consequences that lay beyond obesity and diabetes- it could be the cause of Alzheimer’s. Eating a diet with foods low on the glycemic index could help prevent this.

Being socially active in midlife could help prevent Alzheimer’s disease. A new study, published in the Journal of Alzheimer’s Association, found a connection between social activities and delayed onset of the disease. As people age, they may find themselves becoming reclusive, especially if they realize they are having memory issues. William Thies, PhD. states that, “this fascinating study proves some of the first relatively strong evidence that cognitive activity, including social interaction  reduces dementia risk.” Getting active by attending family events, enjoying the company of friends, and attending club activities like card games and hobbies are good ways of preventing Alzheimer’s disease.