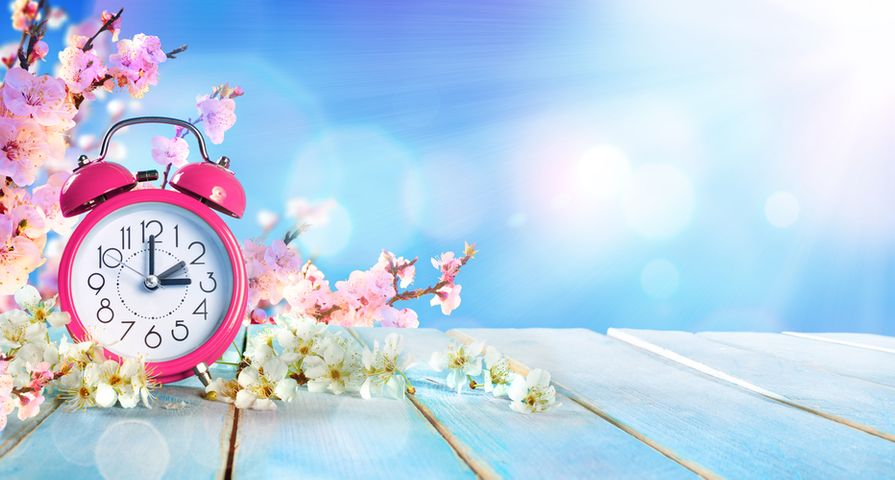 6 Resolutions for 2017 Focused on Self Care

These days, Daylight Saving Time, or DST, is very controversial. Adopted around the world, it requires clocks be set ahead in the spring, and then set back in the fall. The measure is controversial for a few reasons. For one, it can be confusing and many people end up setting their clocks back when they should go ahead, and vice versa. It can also be easy to miss the day when DST takes effect, leaving you an hour behind or ahead of everyone else. But mostly it’s just annoying, especially in the spring when DST takes effect and cuts an hour from everyone’s weekend.

But why was Daylight Saving Time originally introduced? And when did that happen? And how has the world reacted to it over time? Let’s take a look at some interesting facts about DST.

1. Started as a Joke

Daylight Saving Time was first introduced during the early twentieth century, but the idea actually originated much earlier — around the time of the founding of the United States in the late eighteenth century.

The idea originally came from Benjamin Franklin, one of the founding fathers of the United States constitution. In a 1784 essay published in a newspaper Franklin suggested that changing the clocks twice a year could help maximize the amount of sunlight time, allowing people to work longer and be more productive. But he wasn’t all that serious about it; some historians believe it was a satirical point meant to poke fun at the more laid-back approach to work taken by some of America’s European counterparts.

Ways for Introverts to Shine in Life and Work

2. One of the Key Backers was an Entomologist

An entomologist is a bug expert — someone who studied insects and monitors how bugs impact the environment. Surprisingly, it was an entomologist who pushed to bring Daylight Saving Time into effect in the 1890s. Why? Because he felt advancing the clocks in the spring and setting time back in the fall would reduce exposure to bugs that could make work difficult. (Keep in mind this was a time when far more people worked out of doors).

The entomologist’s idea wasn’t taken all that seriously in the years before the turn of the twentieth century, with many scientists and politicians dismissing it as overly complicated. But it would gain traction in the first decades of the new century.

The First World War was a massive conflict that involved countries from around the globe. The nations that took part, like Germany, Austria-Hungary, Britain, Canada, Australia, Russia and France, became obsessed with productivity in an effort to beat the enemy. This obsession with productivity only intensified when the war effectively became a stalemate in 1915.

It’s not particularly surprising, then, that many of the belligerent nations began exploring Daylight Saving Time the following year. Germany started the wave, becoming the first nation to adopt DST in 1916. Soon, other countries followed, including Britain and Canada, two Allied nations hit particularly hard by the war (for example, Canada actually lost more men in WWI than WWII). Other measures intended to help productivity passed around this time included prohibition and giving the vote to women.

The United States remained relatively leery of Daylight Saving Time throughout the first half of the twentieth century, not taking the idea particularly seriously until the energy crisis of the 1970s. This crisis emerged when war in the Middle East and US backing of Israel resulted in many Arab countries restricting American access to their oil. The end result was a widespread fuel shortage in the United States.

This shortage of oil left the United States government looking for ways to maximize energy efficiency. As had been the case in other countries that had already adopted DST, the idea was that it could increase the number of waking hours with sunlight, lessening a need for artificial light. With that in mind, Daylight Saving Time was embraced by the United States in the mid-1970s.

5. It May Not Actually Save Energy

Daylight Saving Time is all about maximizing production and reducing energy wastage. This is supposedly accomplished by limiting the number of waking hours where there’s no sunlight; in essence, it’s supposed to restrict the amount of time we use artificial light.

But Daylight Saving Time may not actually accomplish this. A 2008 study carried out in Indiana found that the state’s adoption of DST had actually increased (albeit slightly) overall energy consumption. That’s because, while DST might give us more exposure to sunlight, it doesn’t necessarily reduce heating or air conditioning costs.

6 Tips to Help Blast the Sunday "Back to Work" Blues

6. It Could be Dangerous to our Health

These days, we’re told on an almost daily basis how important it is to get a full night’s sleep. Of course, that’s easier said than done. One way you can maximize your sleep hours is to keep your sleep schedule the same, meaning you don’t get up any later on mornings when you don’t need to go to work.

Given this finding, it’s understandable that the changes to our sleep schedule introduced by Daylight Saving Time can be a problem. Springing ahead and falling back by an hour can seriously disrupt established sleep schedules, leading to sleep issues for everyone from kids to older adults. In some cases it can result in significantly reduced sleep time, a problem that’s linked to heart disease, stroke, and other serious health concerns.

One highly unexpected benefit of Daylight Saving Time is that it somehow seems to lower the crime rate in many areas. Some regions have seen significant decreases in the number of crimes being committed in the days following a change in time resulting from DST.

How is that possible? There are several conceivable explanations. First and foremost, it may be that disrupting the sleep schedule of criminals makes them less likely to get up to no good. However, it may also be that shifting time in order to maximize daylight hours reduces the amount of time criminals can carry out their nefarious activities under cover of darkness.

8. Not Everyone Uses It

Although Daylight Saving Time has been adopted in the vast majority of places in North America and Europe, many communities have resisted making the change or have abolished DST in the years since it was originally established.

Explanations for ditching DST vary depending on the place in question. For example, in Arizona, where sunlight is hardly scarce, few residents feel the need to use DST. Additionally, many indigenous communities have kept DST at arm’s length because they simply don’t feel it’s necessary, the result being that the time can change by an hour as you make your way through one of these places.

9. Kicks off in the Early Morning

This is for a very specific reason: research has shown that people are least likely to be awake at this time, which means the time shift can take place without directly affecting (and confusing) a lot of people. And when you note that DST typically takes effect on a weekend, when people are more likely to be out late, this makes some sense.

10. Candy Companies Pushed it Back

At one time, Daylight Saving Time resulted in people gaining an extra hour on the last Sunday in October, which often fell right around Halloween. For those companies that profited the most from Halloween, including firms that make candy, this was seen as potentially problematic for business.

The result: about ten years ago, candy companies began lobbying the United States government to push DST back a couple weeks, when the candy business wasn’t quite as hot. Facing this pressure, the U.S. government extended DST into November.

11. People Fought to Prevent it

There was great opposition to Daylight Saving Time when it was first implemented during the First World War. Even though many people were told it would help boost productivity and help the Allies keep pace with Germany, which was first to implement DST in 1916, they were concerned it could introduce as many problems as it solved.

For example, many farmers worried that Daylight Saving Time would actually shorten their day and limit their productivity, as it often had them getting up in the dark and going to bed in the dark. This problem also meant that some people found they were actually using more fuel — which for many people would be coal at this time — than they were before DST came to pass. In the end, a lot of people were frustrated with DST, as it seemed to make their lives harder rather than easier.

12. It Caused Headaches at Border Crossings

In North America, the Canada-U.S. border is the site of massive transnational trade between a superpower and its highly industrialized northern neighbor. Both countries depend on one another for resources they needed to expand and support a growing population. When Daylight Saving Time was implemented during the Great War, Canada depended on American imports to help its fight against Germany before America entered the war in April 1917.

Given this, you can understand how Canada’s implementation of DST in 1916 and early 1917, and America’s refusal to follow the measure, caused serious headaches at many parts of the border. Thanks to DST, people crossing the border either gained or lost an hour the second they crossed the boundary, resulting in all sorts of major headaches that negatively affected cross-border trade. Even to this day, the somewhat random support for DST means that some communities are one hour ahead of their neighbors just across the international boundary.