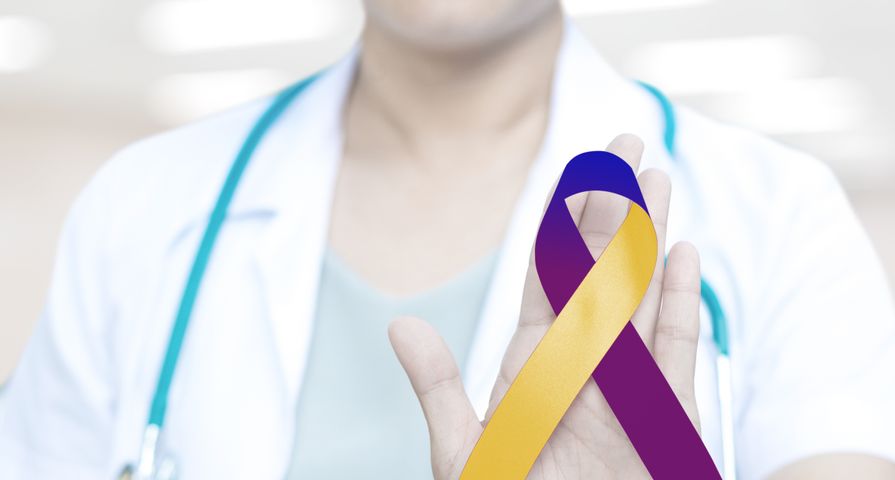 Bladder cancer is the fourth most common type of cancer in American men, with over 60,000 new diagnoses in 2017 alone. The disease is much less common in women, but there were still approximately 18,000 new cases this year.

While anyone can get bladder cancer, there are a variety of different risk factors that can contribute to a person’s likelihood of developing it. Understanding what they are may help to lower risk or identify and treat the condition sooner. Here are 11 to be mindful of.

According to the American Cancer Society, smoking is “the most important risk factor for bladder cancer,” making a person three times more likely to develop the disease than those who don’t smoke. And while cigarettes are the primary concern, tobacco use in cigars and pipes also poses a danger.

Cancer Treatment Centers of America explains that during inhalation, cancer-causing chemicals from the tobacco can get into the bloodstream, which the kidneys will filter and later deposit into the urine. As the urine sits in the bladder, the source says, “the carcinogens present in the fluid can damage the cells on the bladder wall, increasing the risk of cancer developing.”

Types of Treatment for Immunotherapy

Certain professions can increase a person’s likelihood of developing bladder cancer due to their exposure to certain chemicals in the workplace. Those who work in the dye industry, for example, may have a higher risk due to working with chemicals called aromatic amines.

According to Healthline.com, other lines of work include painters, hairdressers, machinists, and truck drivers. Additionally, the American Cancer Society says those involved in the manufacturing of rubber, leather, textiles, and paint products have a higher risk as a result of using certain organic chemicals.

Taking certain medications and supplements may also increase a person’s risk of developing bladder cancer. For instance, a diabetes medicine called pioglitazone hydrochloride has been linked with the disease if used for a period longer than one year.

The Chinese herb aristolochia fangchi, which is used in some dietary supplements and herbal remedies, has also shown to increase a person’s risk. According to eMedicineHealth.com, “People who took this herb as part of a weight loss program had higher rates of bladder cancer and kidney failure than the general population.”

While arsenic is a naturally occurring substance, the American Society of Clinical Oncology says that it can “cause health problems if consumed in large amounts.” It poses a risk for bladder cancer in particular when found in drinking water.

Exposure to arsenic largely depends on where you live and where you get your water. There is increased risk if your supply comes from a well, while those whose water comes from public drinking systems are much less likely to consume toxic amounts as arsenic levels are closely monitored.

What to Know About the Side Effects of Immunotherapy

Ensuring you consume enough water or other fluids each day is not only important for maintaining bodily functions like digestion, circulation, transportation of nutrients, and body temperature, but can also reduce the risk of developing bladder cancer.

According to Healthline.com, researchers believe this is because “people who drink plenty of water each day empty their bladders more often, which may keep harmful chemicals from sticking around in the bladder.” As a guideline, the source says that men should drink 13 cups of fluids per day, while women should consume about nine cups per day.

A person’s race and ethnicity can also contribute to their risk of getting bladder cancer. The American Cancer Society says that Caucasians are “about twice as likely to develop bladder cancer as African Americans and Hispanics.”

But in comparison to Caucasians who develop bladder cancer, the American Society of Clinical Oncology says African-Americans “are twice as likely to die from the disease.” In Asian Americans and American Indians, bladder cancer occurs less commonly.

Bladder cancer is rare in those under the age of 40. But the older a person gets, the more at risk they are of developing the disease. According to Healthline.com, in about nine out of 10 cases people are above 55 years of age, with the average age of diagnosis being 73.

Mesothelioma Stages: What to Expect

Experiencing chronic bladder issues may also increase a person’s risk of developing cancer. Such issues include urinary infections, kidney and bladder stones, as well as bladder catheters that have been left in place for an extended period of time.

Additionally, if a person has had bladder cancer previously in their life—particularly if it was in the “lining of the kidneys, ureter, or urethra,” says the Cancer Treatment Centers of America—they are at an increased risk of developing the disease again.

When a fetus is in utero, there is a connection between the belly button and the bladder known as the urachus. In some cases, after the baby is born, part of this connection will remain, which may become cancerous. The American Cancer Society says this is quite rare, however, “accounting for less than half of 1% of all bladder cancers.”

Another birth defect known as exstrophy is far more common. With this condition, eMedicineHealth.com says, “the bladder and belly wall are open and the bladder is exposed outside of the body,” increasing the risk of cancer.

If a person has a family member who currently has or previously had bladder cancer, they are at an increased risk of developing the disease. In some cases, the Cancer Treatment Centers of America says this is because they have “all been exposed to the same carcinogen,” while in other cases it may be due to genetic abnormalities. These can include mutations of the GNT or NAT genes, which the source says “may trigger changes in the body’s breakdown of some toxins, which can in turn lead to malignancies in the bladder wall.”

There are several inherited conditions that are also considered risk factors, such as Cowden disease, which is “linked to an abnormal form of the gene PTEN,” and the genetic condition Lynch syndrome.

Taking the chemotherapy drug cyclophosphamide for an extended period of time has also been linked to an increased risk of bladder cancer. The Cancer Treatment Centers of America recommends drinking extra fluids while you are on this drug to help reduce the risk.

The source adds that those who have received radiation treatments in the pelvic area are also at an increased risk of developing the disease.