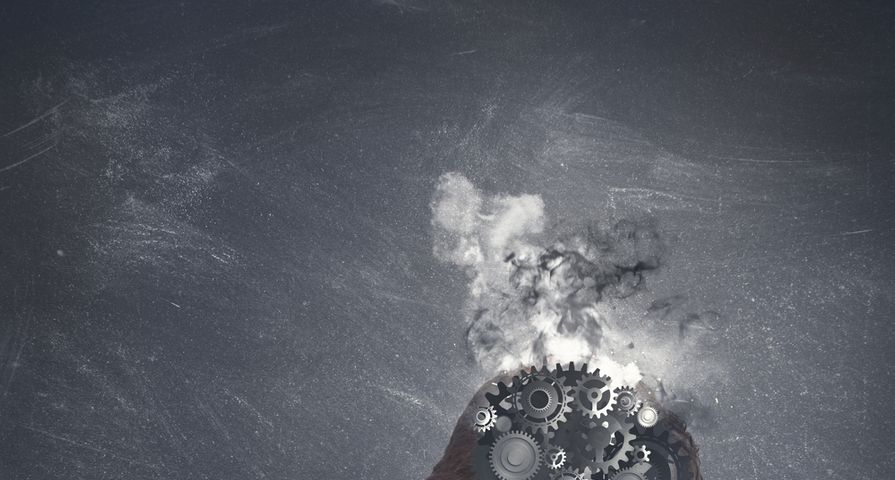 Chronic Fatigue Syndrome (CFS) is undeniably complicated in every conceivable way. The disorder has been around for decades, but the medical community has yet to assemble a clear picture of it. The condition is characterized by extreme fatigue that can’t be explained by any underlying medical condition. Physical or mental activity can make it worse, but rest doesn’t make it better.

There’s no single test to confirm a CFS diagnosis, and experts so far have mostly only alluded to a cause with many believing it’s brought on by a combination of factors. One thing is certain: if you have CFS, it can make your life utterly miserable. Your level of functioning will be very low because you simply don’t have the energy to do anything, namely work and daily tasks. Those around you find it hard to understand what you’re going through and you feel sick, sore, exhausted, and alone.

How do I know? I suffered through CFS for much of the 1990s and dealt with these 10 common misconceptions concerning this misunderstood disorder…

That’s right, CFS is a real disease. Though the word syndrome refers to a pattern or set of symptoms, CFS is an affliction unto itself. Those who suffer from it aren’t just “tired all the time.” They experience a range of debilitating symptoms that may include sleep disturbances, muscle and joint pain, sore throat, headaches, and memory problems. Some complain of feeling like they’re in a state of “brain fog” where concentration and focus is difficult, if not impossible. Because there is no definitive test for diagnosing CFS, many doubt it exists and it has long carried the stigma of an invisible, or made-up, condition–one that just happens to have afflicted millions of people worldwide. 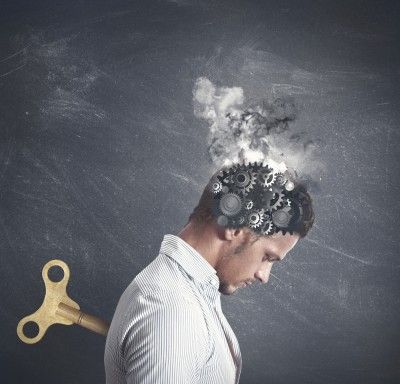 The symptoms of CFS seem to indicate that the syndrome is characterized by breakdown of the immune system. However, it’s not known what causes this immunologic dysfunction. That’s the great mystery of CFS. It’s been linked to everything from virus infections and traumatic conditions (post traumatic stress disorder, for example) to high levels on continuous stress–both physical and emotional–and environmental toxins. CFS was initially thought to be caused by the Epstein-Barr virus, but that is no longer the case. Researchers and doctors continue to be stymied by CFS and many treat it according to the patient’s individual symptoms. 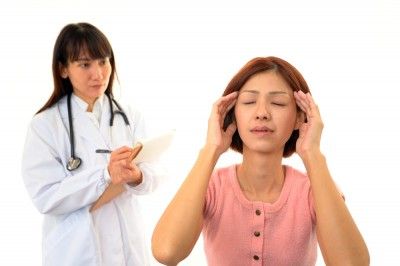 How do you cure an affliction that has many varied symptoms, no known cause, and is often misdiagnosed? The medical community hasn’t yet found an answer to the CFS puzzle. Unfortunately for sufferers, this means doctors often end up treating the disease in an attempt to lessen its symptoms. They may recommend making lifestyle changes involving diet and exercise, and eliminating the activities that trigger fatigue. (Unfortunately this often means eliminating nearly everything.) They may prescribe over-the-counter pain relievers and prescription medications, and may even suggest alternative treatments to help the patient feel more energized. 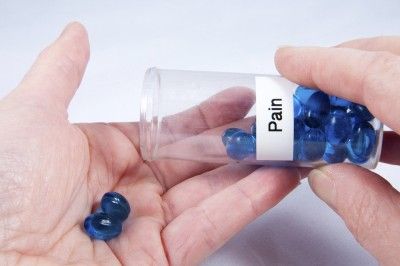 What do I have to lose? I’ve heard CFS sufferers say this countless times over the years. Many of them turn to so-called alternative treatments because they are prepared to do anything to gain even a little bit of energy and sleep. These treatments may include massage, acupuncture, chiropractic care, and yoga. The first three are covered under many extended health plans. All have gained great prominence in the treatment of chronic health disorders and in the realm of continuing care services. Naturopathic medicine is an avenue often chosen by those who seek an alternative to drugs. Most communities have a licensed professional. 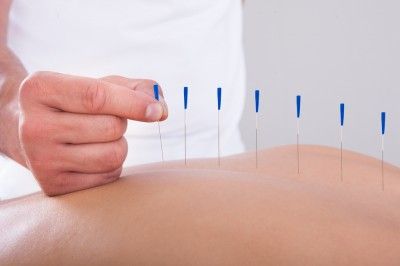 5. Anyone Can Get CFS

The wide range of theories regarding who can get, or who is prone to, CFS is as varied as the symptoms of the disease. The truth seems to point at the fact that anyone can get it, regardless of age, gender, race, or socioeconomic status. One misconception is that it only affects older adults. It is rare for anyone under 12 to develop the disease. Since CFS is so often associated with immunologic breakdown, it is believed that many sufferers have come down with the syndrome following a period of prolonged or extreme stress, either physical or mental. 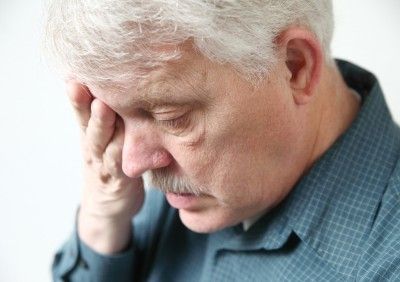 Men and women can both contract CFS and there’s no indication it’s more prevalent in either sex. But women are at least four times more likely to be diagnosed with it, possibly because they’re much more apt to seek medical attention for chronic symptoms. In Chronic Fatigue support groups that I visited in the early to mid-1990s, there were always more women in attendance than men, and these women often brought other women for support. 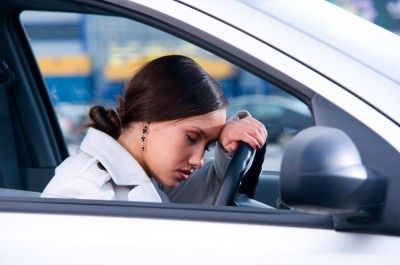 Some patients report complete recovery from CFS, but there is no single way to measure recovery, just as there is no single way to diagnosis the disease. Recovery may be best measured by a return to normal living—for instance, returning to work and reassuming a regular role in the household and with family. Some report this level of recovery in six months to a year while others report a gradual lessening of symptoms over a longer period of time, with the occasional recurrence of symptoms. Others remain ill for years without signs of recovery. CFS has a tendency to work in a cyclical pattern for some patients, who may experience good weeks and bad weeks. 8. CFS is Not Contagious

If you are close to someone who has CFS, the medical evidence shows that you won’t catch it from them. Though CFS may be caused by infectious agents, research involving close human contact provides no evidence that CFS is spread from person to person. What’s more, the features of CFS don’t correspond with those of other contagious diseases, which are affected by seasonal or regional occurrence, travel history, occupation, injection drug use, sexual behavior, and exposure to animals. 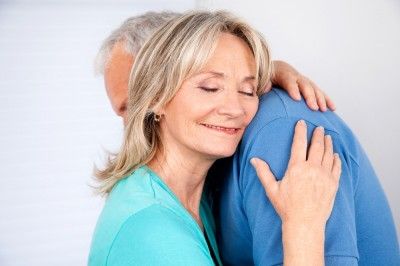 9. A Diagnosis, of Sorts

Most other diseases have a single test that confirms the illness, but not CFS. Symptomatically, it takes the shape of many other illnesses. So, the medical establishment has come to diagnose it by first ruling out a number of other illnesses—including sleep disorders, medical problems and mental health issues. The patient must meet certain diagnostic criteria. According to the Mayo Clinic website, the basic criteria are unexplained persistent fatigue for six months or more along with at least four of these signs and symptoms: CFS patients often want to stay in bed and rest even though they still need activity just like anyone else. The good news for many CFS sufferers is that they do have some energy, though it may not last. If they can fit some carefully regulated activity into this thin window of opportunity, this may improve their sleep and mood, and reduce their pain. Not moving for weeks on end is not the answer because it can cause serious muscle deconditioning and may exacerbate symptoms. At the same time, vigorous exercise may not be advisable either, because CFS patients can’t tolerate the same activity level as people with other chronic illnesses. Balance between activity and rest is the key. 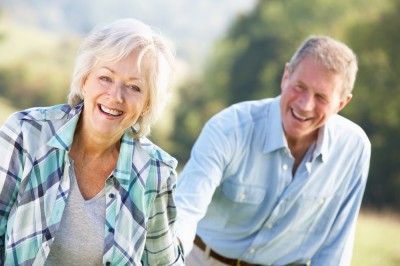 There are remarkable stories in every crevice and chasm. My mission is to find them and capture their essence, with clarity, creativity and compassion. Digital and social media help me convey the tales in interesting and interactive ways. I am a broadcast media veteran with nearly 15 years of professional experience, much of that with the Canadian Broadcasting Corporation and Citytv, both in Toronto. I am also a novelist who relishes the challenge of the blank page and injecting grandiosity into common life. Lastly, one person in this world calls me dad. It is the best word ever invented.