Important Signs and Symptoms of Diverticulitis 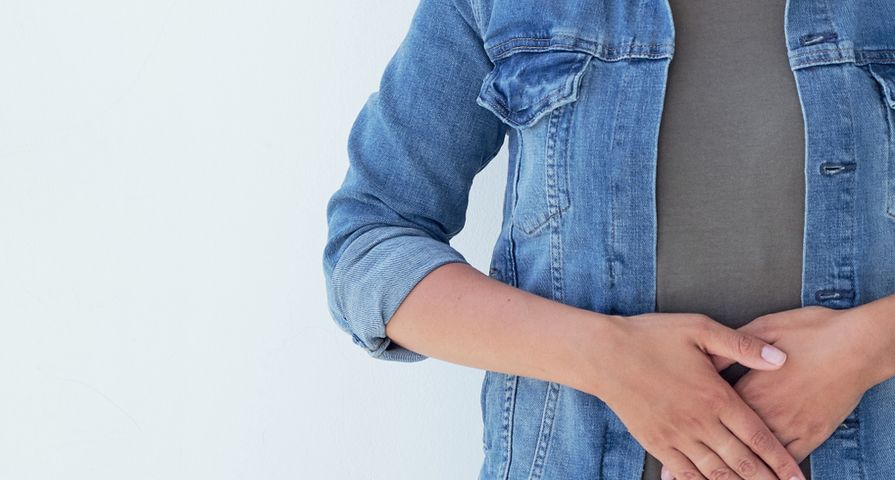 Causes of Left Lower Quadrant Pain in Men and Women

Diverticulosis (the presence of pea-sized diverticula, or pockets, in the lining of the bowel) is common and quite harmless. It affects about 10-percent of the world’s population by the time they reach 50-years of age, and approximately 50-percent by the time they reach 80-years-old. The good news is that it will stop there for most, and no further symptoms will ever manifest.

Diverticulosis is typically unnoticeable for quite a while before complications start to occur. Most people live their whole lives without the knowledge that they have diverticulosis until a doctor orders tests for an unrelated condition. This occurs because diverticula, small bulging pouches, develop fairly commonly within the digestive system’s inner lining, most often in the lower part of the colon (or large intestine).

2. Age Plays A Factor In Symptoms

The development of diverticula are quite typical after the age of 40. However, they seldom cause pain or health problems. Pain only occurs if the pouches become inflamed or filled with infection, which is known clinically as diverticulitis. This is why many sufferers can live for years without knowledge that they have diverticulosis or any health problems.

Once the inflammation of diverticulitis sets in, diarrhea will result. This is often the case when small bulging pouches form within the inner lining of the colon (or large intestine) and diverticula become infected and extremely inflamed, resulting in severe changes in bowel movements (i.e., explosive and painful diarrhea) along with stomach cramps, fever, and oftentimes nausea and severe digestive upset.

If you alternate between explosive diarrhea and painful constipation, you may have a diagnosis of diverticulitis in your future. For instance, those with no signs of inflammation typically suffer from constipation before diarrhea. It’s the constipation (strained bowel movements) that weaken the intestinal walls and encourage diverticular pouches and bacterial infection to form.

Oftentimes with diverticulitis, a high fever will occur—reaching 100.4-degrees Fahrenheit or higher. Sufferers of diverticulitis can have a combination of symptoms; however, many suffer few symptoms and don’t even realize there is a health issue. While pain in the low abdomen is typically the first sign of any trouble, diverticulitis also commonly causes flu-like fever and nausea, as well as diarrhea.

The risk of diverticular disease increases when you reach the age of 40, and increases again every 10 years. According to statistics from the National Institute of Diabetes and Digestive and Kidney Diseases, 50-percent of adults between the ages of 60 and 80-years old have diverticular disease.

The high fever that comes along with diverticulitis will often be accompanied by full body chills and could indicate peritonitis, a condition that infects the membrane lining the abdominal cavity. If you have a fever, chills and multiple other symptoms, you should seek medical attention immediately.

Abdominal pain can result from several origins of diverticulitis. For instance, the disease manifests in the lower abdomen, so you can expect urinary issues, rigidity, bloating, painful cramps, and abdominal distention. Characteristic symptoms of diverticulitis can include a combination of stomach pain mixed with other symptoms; however, many individuals feel no symptoms until an attack suddenly strikes.

Abdominal pain is the most common symptom of diverticulitis. However, its commonly caused by accompanying fistulas (which form between tissues and organs that normally don’t connect), blockages in the digestive system, rectal bleeding, severe diverticulitis or tears, and in severe cases, colon rupture (in this case, stool will travel from the colon into the abdomen).

Blood in stool is often alarming and can be a symptom of diverticulitis. Finding blood in your stool is often the result of feces becomes lodged for long periods in a diverticulum. This may cause a large amount of bleeding all at once, blood in stool, or gradual bleeding over time. Either way, any sign of rectal bleeding should be considered an emergency as it could cause infection, rupture of the colon, or anemia.

The more extreme version of finding blood in your stool is rectal bleeding, which often occurs the same way through feces becoming lodged for extended periods in a diverticulum. Bleeding is a common occurrence with inflammation of pouches and fistulas.

Typically, the rectum will pass bright red blood in stool or on its own, and you will feel pain and inflammation in the rectum, which bridges the colon and anus. However, in many cases, rectal bleeding is totally painless. Either way, any sign of rectal bleeding is dangerous and should be brought to the attention of a doctor immediately.

According to the National Institute of Diabetes and Digestive and Kidney Diseases, diverticular disease is characterized by diverticula (or pouches in the colon) that can become severely inflamed and infected. The inflammation will attack weak areas of the colon (or large intestine) as it works to eliminate bodily waste. Pouches (or diverticula) form in these weakened areas.

The other potential problem caused by infected diverticula is severely painful inflammation, particularly distention in the lower left abdominal region. Any pressure in this area will only worsen the pain and may cause nausea, vomiting, and difficulty breathing. Digestive upset, bowel movement upset (explosive diarrhea), and nausea is also common when inflammation attacks.

Abdominal pain is a characteristic sign of diverticulitis, ranging from mild discomfort to excruciating pain, depending on the severity of inflammation in the colon.

Typically, diverticulitis sufferers will experience a combination of symptoms, one of which is pain in the lower portion of the abdomen. However, the pain is often accompanied by related symptoms such as nausea, vomiting, fever, chills, rectal bleeding, and a sudden change in bowel habits (i.e., diarrhea).

12. Abdominal Pain That Worsens With Movement

13. Abdominal Pain That Worsens After Eating

It’s common that those with diverticulitis will feel pain in their lower abdomen following a meal. Pain can typically be felt soon after a meal and be quickly relieved by passing gas or using the toilet, which is why diverticulitis is often mistaken for irritable bowel syndrome (IBS).

Persistent urinary tract infections (UTIs) are another common symptom when a fistula develops between the colon and the bladder. This occurs more often in males, as the colon and bladder are blocked by the uterus in females.

According to research from the University of Washington’s Urology Department, although diverticulitis symptoms are irritative, meaning they frequently lead to infections of the lower urinary tract (UTIs). According to statistics, cystitis or UTIs are frequent and recurring in one-third of patients. Associated symptoms can include pain, urinary frequency (an urge to urinate), vaginal discharge, and decreased urinary retention and control.

The Pros and Cons of Using Mouthwash

Lingering bloating that lasts for several days and even weeks can indicate diverticulitis. Painful bloating is aggravated when excess air is swallowed when eating or drinking, if digestion is impaired, or if passage of gas is blocked by inflamed areas of the bowel. Most patients will experience intermittent lower abdominal pain, cramping, and bloating due to infection of diverticula.

Along with bloating, gas is another common symptom that comes in intermittent waves with mild to severe cramping. Gas pain is typically focused in the area of the lower left portion of the abdomen. Temporary relief from pain and bloating may occur after bowel movements (often explosive diarrhea that contains mucus). However, during periods of constipation, gas and bloating can be severe.

Peritonitis, the inflammation of large portions of the abdominal cavity, may occur when infection and inflammation from diverticulitis are left untreated. Peritonitis causes a high fever, distended and rigid belly, painful bloating, and death within a few days. Emergency surgery is necessary to treat peritonitis.

According to research published by the National Institutes of Health, peritonitis, which occurs with perforated diverticulitis will typically call for open surgery to remove and divert faecal content. The study examined the results of a group of 100 patients, all who suffered perforated diverticulitis causing peritonitis, and consented to undergo laparoscopic peritoneal lavage surgery. The findings showed that the surgery proved successful to remedy symptoms and danger, with a low recurrence risk of recurrent peritonitis over the short term.

How to Treat Cuts, Scrapes, and Minor Wounds

While often those with diverticula experience minimal symptoms or pain. Pain only occurs if the pouches become inflamed or filled with infection, which is known clinically as diverticulitis. Once this occurs, patients may experience multiple symptoms at once that include nausea that can range from mild to severe.

A symptom that goes hand-in-hand with nausea is vomiting. As previously mentioned, many patients with diverticula may not even know they have it, but it may become more noticeable with age. Nausea and vomiting may occur as a symptom of diverticulitis.

An upset stomach is common for those experiencing diverticulitis. While patients may experience constipation, diarrhea, and nausea, this may also lead to a decreased appetite or desire to eat food.