10 Facts about Binge Drinking and Your Health 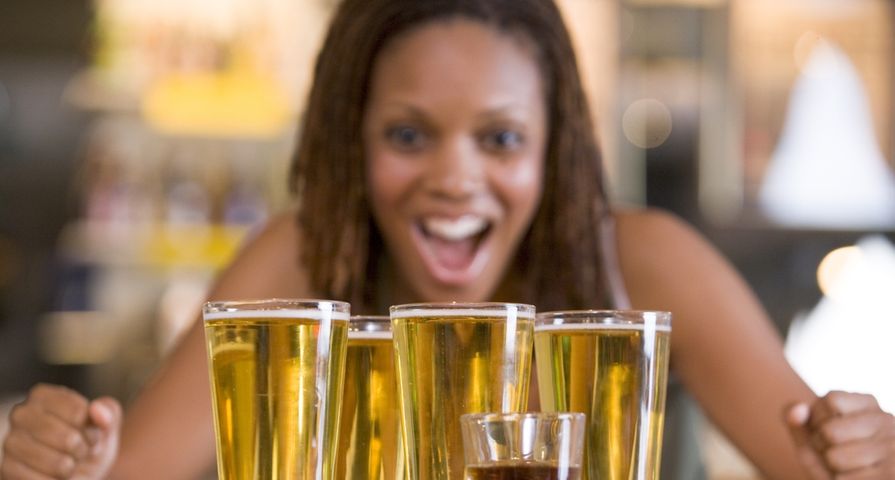 Six People Die Each Day From Alcohol Poisoning, CDC Says
Alcohol is a common recreational activity for many people. So much so that many of us forget that it’s still a drug that can pose serious mental and physical harm if not consumed in moderation and under controlled circumstances.

However, where we draw the line in a society where social drinking is the norm, and alcohol consumption is increasing amongst teens and young adults to the point where binge drinking is becoming prevalent.

1. What is Binge Drinking?

Binge drinking is characterized as drinking heavily over a short period of time or drinking continuously over a number of days or weeks.

2. How is Binge Drinking Characterized?

Common definitions of binge drinking include:

Those who start drinking alcohol heavily at an early age are more likely to develop alcohol-related problems (i.e., alcoholism, cirrhosis) late in life.

Binge-drinking as a teen can damage the part of the brain that controls learning and memory, judgment, decision-making, and impulse control.

Excessive drinking will permanently damage your organs—particularly the brain and liver—in a very short period of time, leading to alcohol poisoning and cirrhosis of the liver, which can eventually kill you.

6. Binge Drinkers are Prone to Injury

7. The Short-Term Affects of Binge Drinking

The common short-term effects of binge-drinking include a hangover and associated headaches, nausea, shakiness, and vomiting. However, the memory loss and pore judgment it causes can lead to the loss of valuable items, over-zealous spending, car accidents, DUIs, embarrassing loved ones, unprotected sex, date rape, and the feelings linked with it.

8. The Long-Term Affects of Binge Drinking

Drinking excessively over a long period of time can lead to a deep rooted physical and psychological dependency to alcohol. And, those who cannot function without alcohol often develop emotional problems—such as anxiety, depression—that affect and destroy professional and personal relationships.

Alcohol is the primary date rape drug. In fact, approximately 75-percent of reported acquaintance rapes on North American college campuses start with excessive alcohol consumption. While about three-quarters of females who are the victims of nonfatal domestic violence admit their partner or spouse was drinking before the attack.

A shocking 10,228 people in the United States were killed as the result of a motor vehicle collision with an impaired driver in 2010, with 1.4 million drivers arrested for driving under the influence.

Your Body on Booze: The Damage Done by Excessive Drinking
X