10 Common Signs of an Eating Disorder 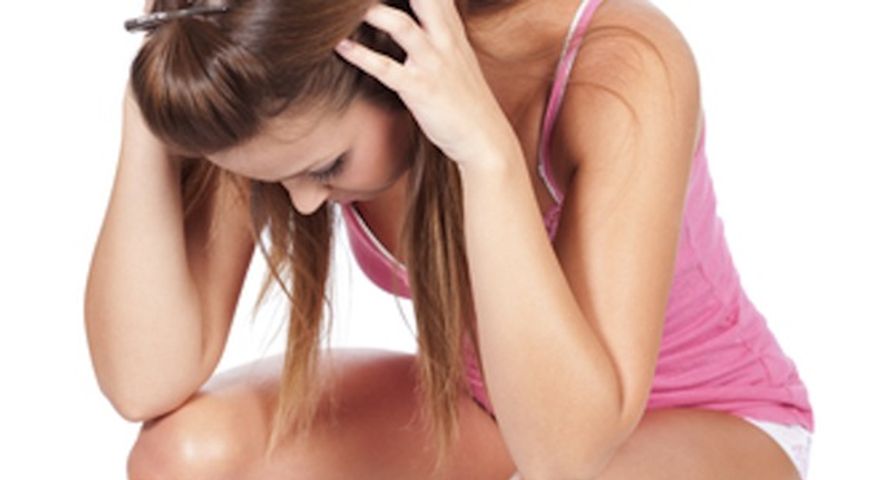 Eating disorders can be triggered by many situations. Peer pressure on young individuals is a large factor in childhood eating disorders. Other disorders, like pica and binge eating, seem to affect any person regardless of social status and childhood.

Treatment of eating disorders is very important, as prolonged suffering can cause a myriad of symptoms. They can include weight loss, weight gain, nutritional deficiencies, and death. If you think you or a loved one is suffering from an eating disorder, contact your health care professional or mental health line for assistance.

Here are 10 different eating disorders with the symptoms they may show.

Anorexia nervosa is one of the best known eating disorders. This is partly because of how outwardly telling the illness is. Individuals who have suffered from anorexia nervosa have telltale symptoms such as low body fat, poor skin and hair, and eventually organ failure. One sign of an anorexic person would be skipping meals. They may say that they have previously eaten or will eat shortly after seeing you, but that’s usually a lie. They may plan visits to be after lunch or dinner so they don’t have to share a meal with another person.

Another sign is their weight. People with anorexia nervosa strive to be much lighter than what’s considered a healthy, normal weight for their age and gender. On top of starving themselves or greatly limiting their food intake, they may exercise a lot – way more excessively and obsessively than they need to. According to the Mayo Clinic, anorexia nervosa is more about emotional issues than the actual food. Instead, people with this eating disorder associate being thin with self-worth.

2. Bulimia Nervosa: Going To The Washroom After Meals

Bulimia nervosa is another notable and extremely dangerous eating disorder. Bulimics are known for purging after a meal. This can be done a number of ways, but typically they will throw up the food or abuse laxatives. They may eat normal meals, restrict their food intake, or overeat, but whatever type of eating habits they have, one thing remains the same – the purge. A sign of a bulimic individual is using the washroom right after a meal. You may hear sounds of their vomiting while they’re in the washroom. Bulimics may complain of suffering from the stomach flu to explain their actions.

Purging food through self-induced vomiting or laxatives is hard on the body. There are a number of risk factors that lead to developing bulimia nervosa, such as peer and societal pressures related to body image, being female, anxiety, depression, and trauma. It can cause serious health complications, including dehydration, heart problems, missed periods in females, depression, and digestive problems.

3. Binge Eating Disorder: Overeating To The Point Of Sickness

Binge eating is one of the most common eating disorders. It is also called compulsive overeating. Sufferers will regularly overeat on unhealthy foods, like fast food, fatty foods, and high sugar foods. Immediately after eating the large quantity of food, the individual may feel ashamed, sick, and depressed. One sign of a binge eating individual is enjoying vast quantities of food until they become physically sick. They may throw up just due to the amount of food they consumed.

Binge eating is often a way for people to cope with problems or difficult situations. The National Association of Anorexia Nervosa and Associated Disorders (ANAD) explains that stress, low self-esteem, relationship issues, weight stigma, and psychological disorders like depression, bi-polar disorder, and anxiety, are all factors that can cause someone to use food as a coping mechanism. The ANAD also says that although binge eating can happen regularly throughout the year, it can be triggered or worsen around holidays because of the anxiety around meals, spending more time around people, and the increased talk and stress about diets.

4. Anorexia Athletica: Going To The Gym To “Burn Off” Meals

Anorexia athletica is a condition when an individual is obsessed with burning off the calories they eat. They may be fanatical about their health in other ways, such as following food trends like organic foods and eating gluten free. One sign of an anorexia athletica individual is complaining about how long they will have to exercise to burn off the calories from a meal. They may not talk about these thoughts, but instead will spend hours running or working out.

Being involved in sports can lead some people to develop anorexia athletica because there is often an advantage to having a lower body weight. Athletes may latch onto this and put a lot of energy into losing weight, and they typically work out more than needed or what is considered healthy. People with anorexia athletica are at risk of many different health issues, from muscle injuries and stress fractures, to more serious complications like kidney failure, heart attack, heart failure, and damage to other vital organs.

5. Night-Eating Syndrome: Dieting Through The Day But Eating Junk Food At Night

Many people try to eat healthy through the day, only to breakdown at night. This is known at night-eating syndrome. It’s not a question of willpower- they ate healthy foods through the whole day. At night, after dinner and right before bed, they start craving unhealthy foods. One sign of a night-eating syndrome individual is snacking on junk food at night. They may come and raid the kitchen multiple times, getting different tasting foods until they fulfill their desire to eat. This can be caused by over restriction through the day and not eating enough calories.

Night-eating syndrome can cause you to gain weight because not only are you typically eating unhealthy foods, the fact that you’re doing so at night, when you’re the least active, will prevent you from burning off the overload of calories. Because night-eating snack choices are often high in fat, sugar and / or sodium, there’s an increased risk of developing type 2 diabetes.

6. Orthorexia: Obsessing Over The Nutritional Value Of Foods

Like anorexia athletica sufferers, orthorexia individuals are obsessed with eating healthy foods. While having a healthy, balanced diet is good for your overall health, these individuals take it even further, classifying foods as healthy or unhealthy, or pure and impure. They may start restricting healthy foods because they are high in fat or carbohydrates, ultimately causing their eating habits to actually become unhealthy.

A sign of an orthorexia suffering individual is obsessing over the nutritional information of their foods. They may severely restrict their acceptable foods to the point of malnutrition, and may act superior to others who don’t follow their strict eating habits. They’re also likely to punish themselves if they eat something they don’t consider pure. This punishment could come in the form of fasting or excessive exercise. Sufferers of orthorexia don’t obsess over the food they eat in order to be thin – it’s always about healthy eating.

Individuals who suffer from pica find themselves craving and consuming non-food items. They may snack on paper, paint chips, plastic, coffee grounds, chalk, and more. Many of the items they eat can cause serious health problems, such as lead poisoning from chewing on metal. They may also consume items that aren’t necessarily bad for you, like ice. Some studies have found people who suffer from pica have nutritional deficiencies, making the body crave non-food items to try and consume the missing minerals.

Pica is usually a temporary eating disorder and is most often found in children, pregnant women, and those who have developmental disorders. Unfortunately for some, it can last for a long time, especially for those with developmental disorders. A sign of a person suffering from pica may be eating non-food items, like chewing all the ice at the end of their drink. They may snack on ice from the freezer, not for the hydration, but the act of consuming it.

8. Rumination: Chewing The Same Food For Long Periods Of Time

Rumination is most common in young children but it can also occur in adolescents and adults. Rumination occurs when a child spits up the food they are chewing to continue chewing it for hours after. They get in a cycle of swallowing food and then re-chewing it over and over. This is not to be confused with “Fletcherizing”, where a person chews a mouthful of food for a long period of time. A sign of rumination in children is catching them chewing their food a long time after they have eaten. Many children grow out of this, but if you are concerned with their behavior talk to your doctor.

Rumination is considered a functional gastrointestinal disorder. According to the International Foundation of Gastrointestinal Disorders (IFFGD), the cause of rumination is unknown but there are some factors that can trigger or increase the risk of it in children – stressful situations, parental or family rejection, and a history of another serious eating disorder.

An unfortunately common practice in young adults is the shifting of calories from food to alcohol. If an individual regularly goes out drinking, they know they will consume excess calories with their partying. To combat this, drunkorexia suffering individuals will restrict their food intake to allow for alcohol later in the day. A sign of a drunkorexia individual is skipping meals because they will be “going out” later. Not eating well and enough can lead to deficiencies and malnutrition, and the combination of this with excessive alcohol consumption can lead to terrible overall health.

Drunkorexia is quite popular across college campuses, as young adults try to balance being responsible for their eating habits and the desire to party with societal pressures to be thin. Drunkorexic people may also suffer from binge drinking disorder or alcoholism. Liver damage is one of the most common health problems from people with drunkorexia.

There are dozens of eating disorders, but many fall under the “eating disorder not otherwise specified” category. Clinically, only anorexia nervosa, bulimia nervosa, binge eating, and pica are recognized in the medical community as eating disorders. Many sufferers do not fall into the strict guidelines of what they consider to be disordered eating. The rest of the sufferers fall into ED-NOS. These people may share common symptoms between multiple disorders.

One sign of a sufferer of ED-NOS is showing signs of an eating disorder, but maintaining a healthy weight. They may restrict calories or purge, but have a normal body mass index. Even though there are many disorders that aren’t clinically recognized, the symptoms and health risks can be just as serious. The medical community is looking at relating their standards to allow for more suffering people to get the help they need.

If you or someone you love suffers from Anorexia, Bulimia, Binge Eating or other disordered eating illnesses, ActiveBeat can help you find treatment for a healthy stable life. ActiveBeat has partnered with several eating disorder helplines around the world who are dedicated to giving you the help and support you need.