Most Overrated Cities in the World 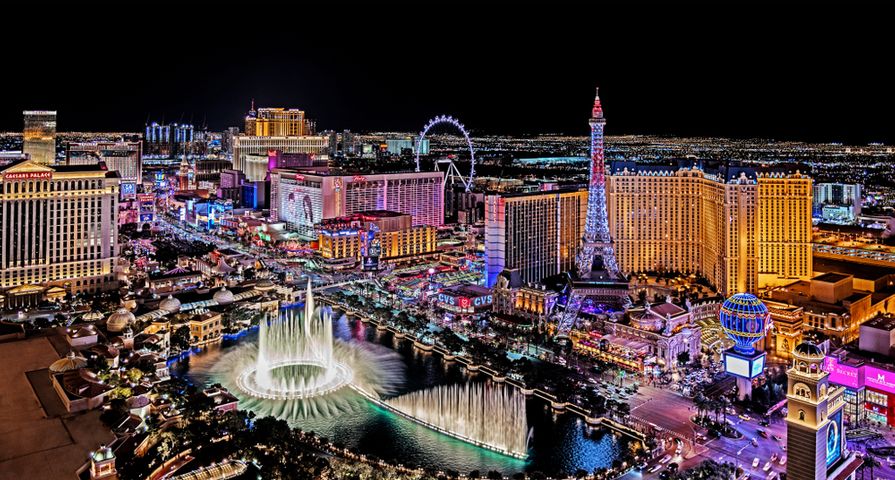 Traveling can be an amazing opportunity to explore fascinating attractions and take some time to relax. But not every destination is created equal. Some cities just don’t live up to the hype.

To help you avoid disappointment, here are 12 cities you might want to rethink visiting. Of course, traveling is a matter of personal taste. So, all of these cities have something that could make them worth visiting for some travelers.

Sure, movies make Vegas look like a glitzy escape. But the reality can be somewhat less glamorous. For instance, the strip can feel more like a theme park than a cool city. And the entertainment is expensive for what you get.

While many musicians perform for about 3-hours on the road, Las Vegas shows are typically limited to 90-minutes. To be sure, the city does have world-class casinos and hotels. So, Vegas has its upsides. 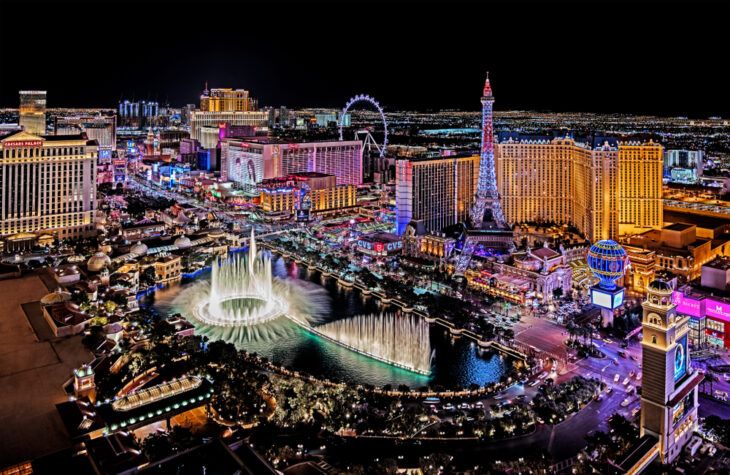 Dubai has become a tourist hot spot. However, you might want to reconsider if it’s on your bucket list. Beyond luxury shopping, Dubai just doesn’t have that much to do.

It does have the tallest skyscraper in the world — Burj Khalifa. But you can only marvel at the height for so long. Plus, the weather can be unbearably hot. Weather Spark says the average high temperature is above 100-degrees Fahrenheit between mid-May and late September. 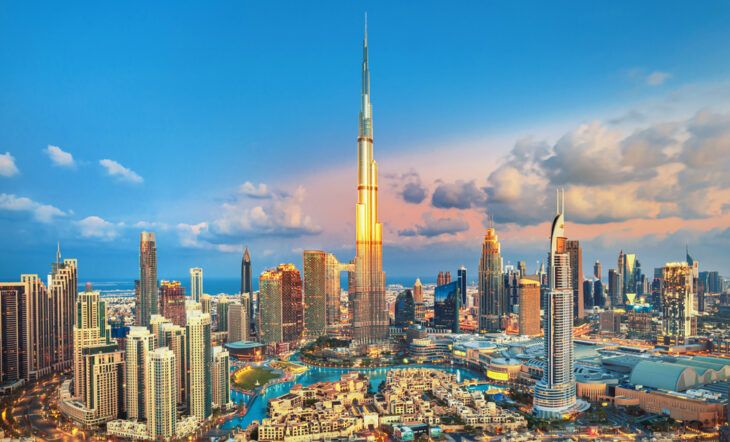 Los Angeles is another overhyped destination that doesn’t live up to the glamorous image so many have of it. For one thing, the city is bogged down by traffic. So, you’ll likely spend a chunk of your trip just trying to get between places.

And Los Angeles magazine says the Hollywood Walk of Fame was voted the top tourist trap on Earth. That said, the Academy Museum of Motion Pictures offers a deep dive into movie history that’s worth checking out. 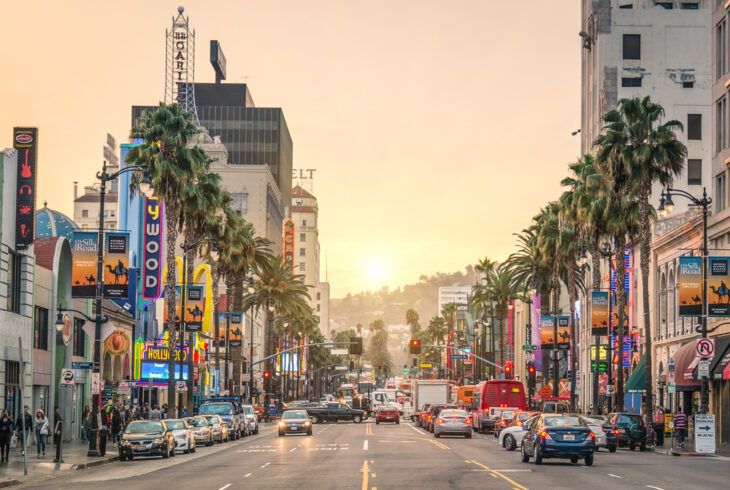 While it was once cool that Portland is basically the hipster Mecca, times have changed. The general backlash against hipsters has dimmed the city’s appeal to some extent. And the last 2-years have been especially hard on the city.

According to a poll by The Oregonian, Portlanders say that “downtown Portland has become dirty, unsafe and uninviting.” Portland isn’t without its charms, though. Powell’s City of Books is one of the world’s largest bookstores. 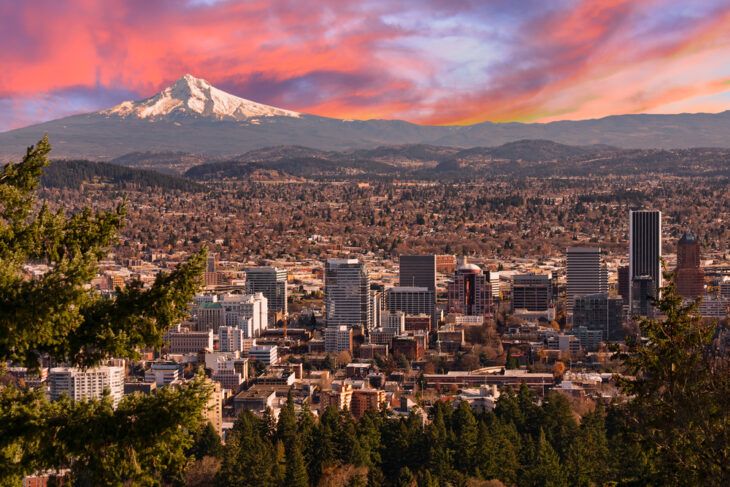 When you think of Australia, Sydney is probably the first city that comes to mind. The Sydney Opera House and Sydney Harbour Bridge are iconic landmarks, after all. But the city doesn’t have a lot of other unique attractions.

If you visit in the summer, then you can hang out at the beach. In fact, Tourism Australia says Sydney has more than 100 beaches. However, you can explore a variety of gorgeous beaches without having to travel so far from home. 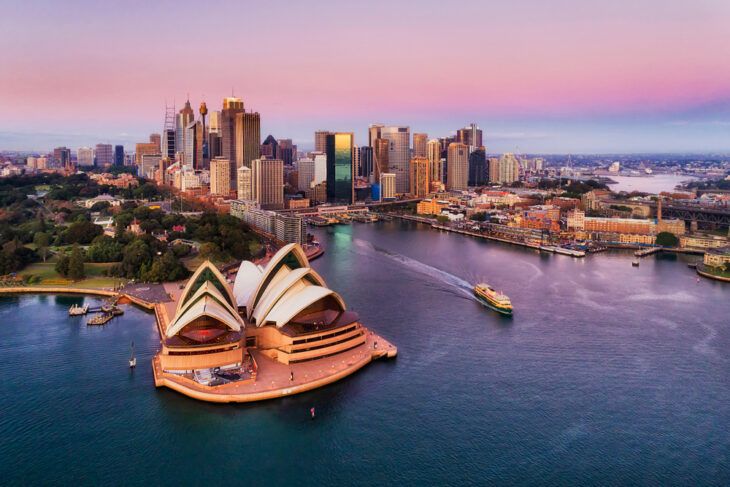 Madrid is another city with a great look but not much beneath the surface. Sure, it has beautiful European boulevards and elegantly manicured gardens. Nevertheless, the city doesn’t have a lot of distinctive attractions for visitors.

You can get similar city views in many major European cities. And while Madrid has several art museums, so do other cities. Even within Spain, Madrid doesn’t necessarily rise to the top. Barcelona and Valencia are at least as interesting. 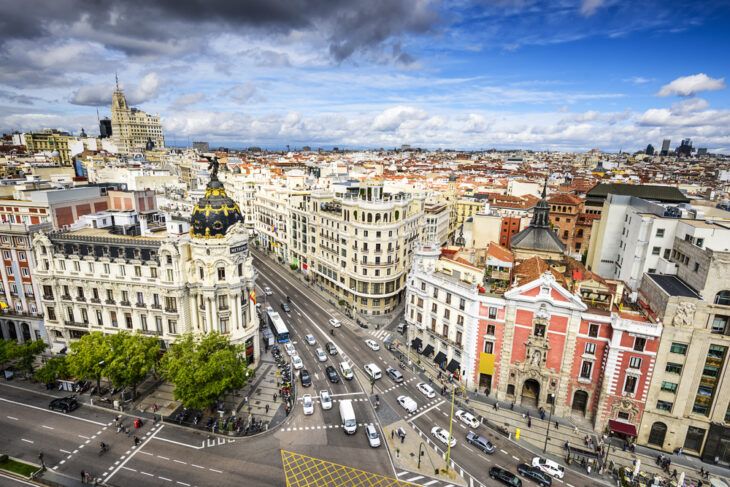 If hearing why Vegas is overrated made you think about visiting Atlantic City instead, then think again. Unfortunately, East Coast Vegas is also overrated. It was once a premier American travel destination. But the city has declined.

Rather than feeling like a charming throwback, Atlantic City is somewhat run down. That’s why Reddit users think it’s a disappointing city to visit, according to Vice. On the other hand, those looking for casinos have plenty of options. 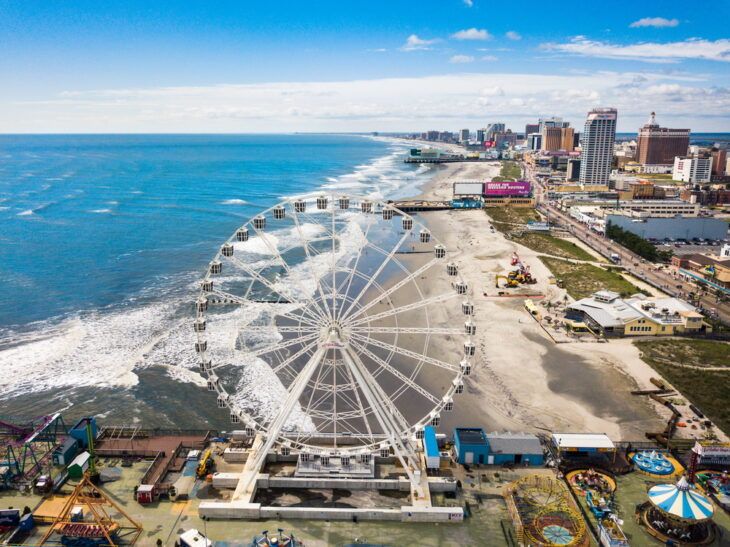 Ahh, Rome — we bet the city springs to mind when you think of romantic destinations. But before you pack your bags for a Roman holiday, you might want to consider your options. The historic city is a bit rough around the edges.

CNN notes a common complaint among travelers: graffiti and garbage mar the city’s grandeur. If you don’t mind the scruffiness, then Rome does have centuries of historical attractions to explore, like the Colosseum and Pantheon. 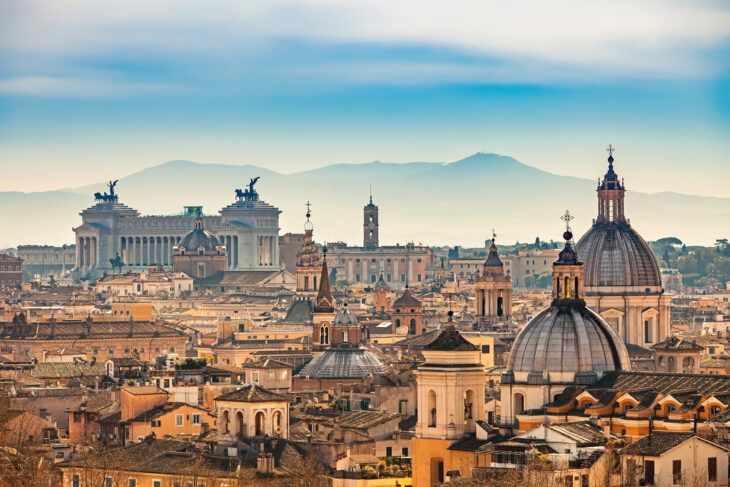 Let’s hop back to the States for the next overhyped city — Miami. While it has sandy shores and nightlife, it isn’t distinctive enough to justify going out of your way to visit. You can find cheaper beaches that are just as beautiful.

And if you plan to take a break from the beach or pool, then Miami doesn’t necessarily stand out. It has attractions you can find in cities across the country like a zoo, botanical garden, and street art. 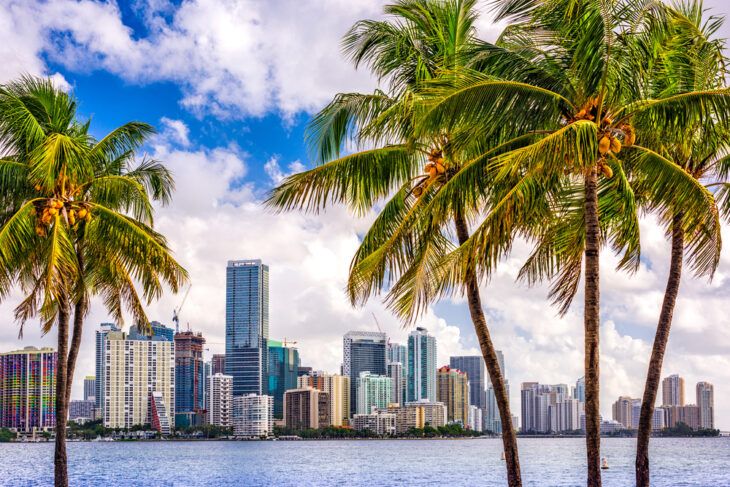 Much like the other cities on this list, it isn’t that Athens doesn’t have anything going for it. Similar to Rome, it’s one of the oldest continuously inhabited cities in the world. So, history buffs will likely appreciate sites like the Parthenon.

But Athens doesn’t have a lot of attractions beyond its ancient ruins. As a result, the European city might be a letdown for some travelers. Unless you’re particularly fascinated by ancient Greek history, you might want to skip Athens. 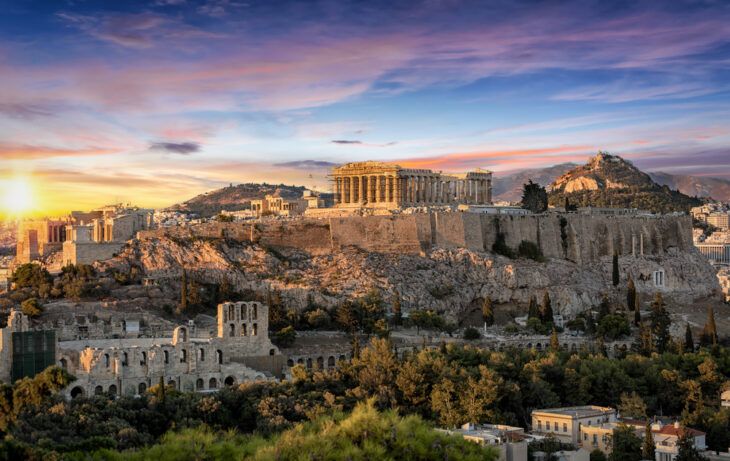 You don’t have to take our word that Bangkok is overrated. The city’s residents say as much. According to Time Out, 21-percent of Bangkok respondents to the publication’s city index survey say the city is overrated.

The source says that makes Bangkok the “most overrated city” on its list. Respondents ding the city for pollution and its lack of public parks. That said, 96-percent of respondents say the city’s food scene deserves at least 4 out of 5 stars. 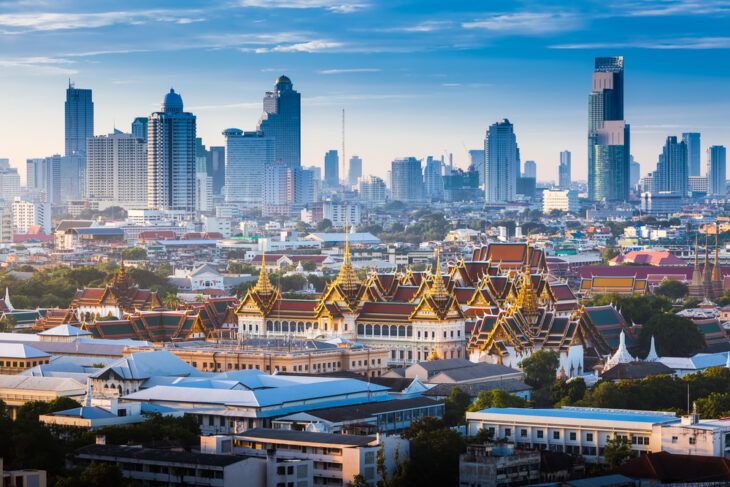 If you’re a history buff, then you might have Boston on your bucket list. But you can get more bang for your buck at Williamsburg. Both are important American Revolution sites, but Williamsburg is a more affordable alternative.

And a Business Insider survey of Americans found that Boston ranks as the country’s fifth rudest city. So, you might find other places more welcoming. Of course, Boston is known for its sports teams, so travelers may appreciate that. 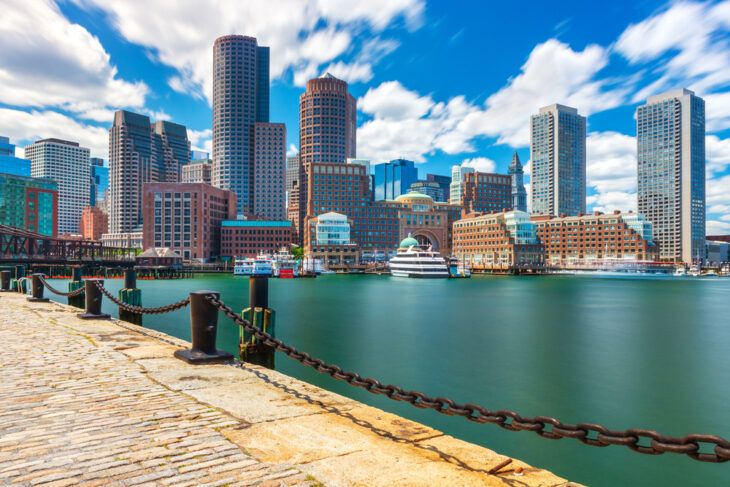