Treating Gum Disease and Erectile Dysfunction With One Brush 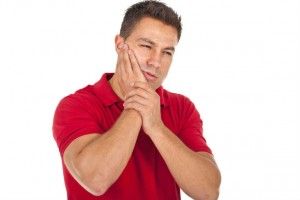 Who knew that minty breath could lead to a better sex life!

The Turkey study focused on 120 patients with severe to moderate erectile dysfunction as well as chronic periodontitis. While half of the patients received treatment for gum disease; the other half were administered none. After 3 months time, all patients filled out a questionnaire detailing their erectile dysfunction. Scientists learned that those patients who received gum disease care reported improved levels of erectile function.

“To our knowledge, this is the first study to assess a potential link between the severity of ED and the treatment of periodontal disease,” claimed scientists from the Inonu University in Malatya, Turkey, pointing to similar studies in India, Israel and Taiwan that have linked the two conditions. However, this particular study suggested that gum disease can actually cause erectile problems.

“There is nothing causal between the two,” says Dr. Andrew Kramer, Associate Professor of Urology at the University of Maryland School of Medicine. “I feel that the causal element is probably vascular disease, poor general health status, lack of medical attention (gum disease), underlying diabetes/hypertension, or all of the above…related and correlated, but due to an underlying common factor.”