Rare Pics Of Diana Before She Was A Princess 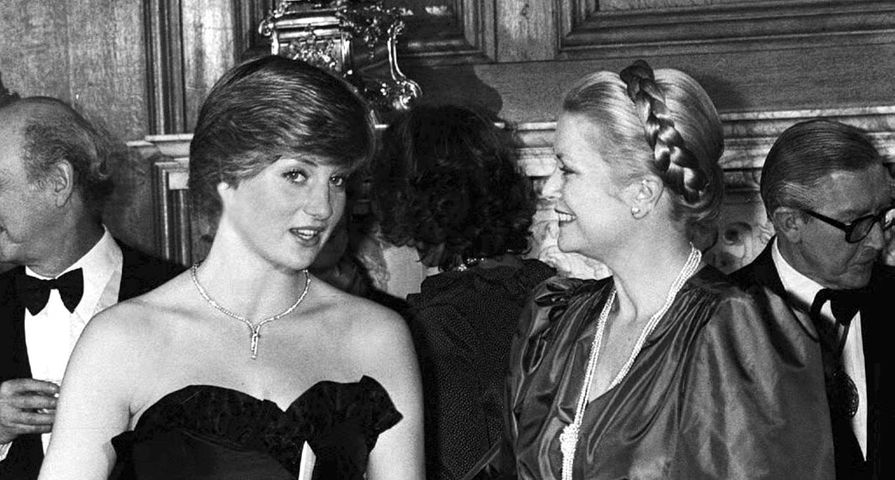 When Princess Diana married Prince Charles, she became the most famous woman in the world; however, before their marriage, she lived a very aristocratic life, which made her fit to marry a prince. We have collected 21 pictures from before Diana was a princess. Check it out:

This photo is from June 1981 – a month before Diana married into the royal family. She was with Princess Margaret, the Queen Mother and Prince Charles leaving Nicholas Soames’ wedding. We love her red dress and matching hat! 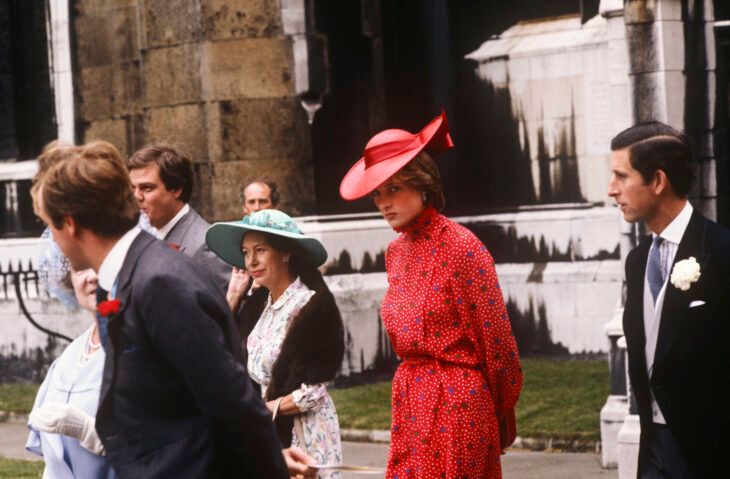 Princess Diana was born in Park House, Sandringham, Norfolk, and that’s where she spent a good part of her childhood. Here she is as a young child on the grounds of Park House in her pram. She looks absolutely precious! 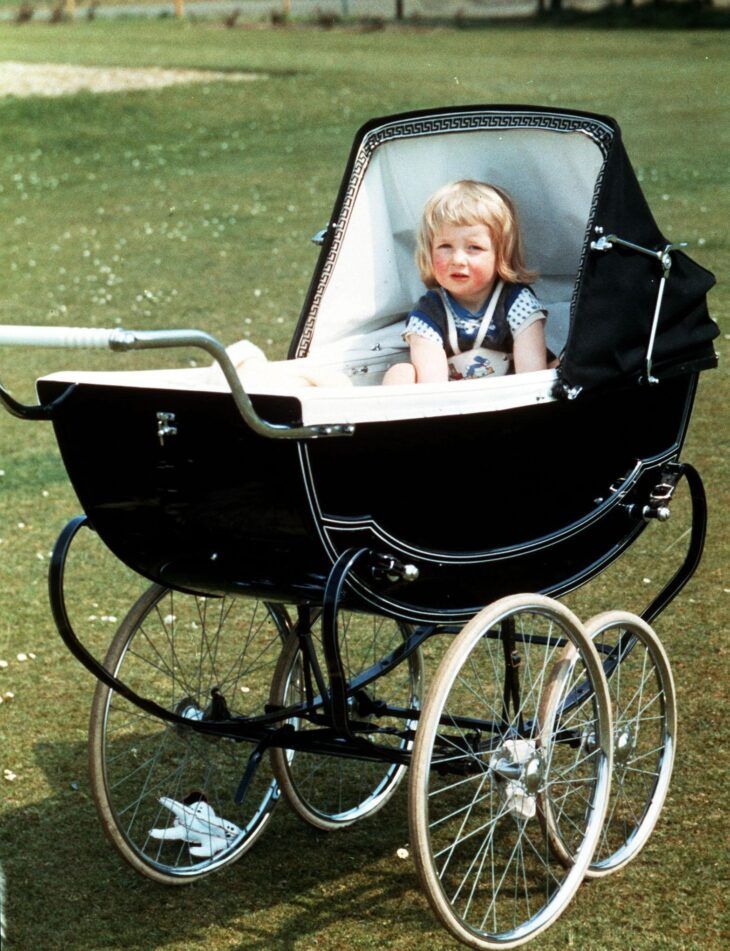 In 1981, Lady Diana Spencer met Grace Kelly for the first time at an event in London’s Goldsmith Hall. This was her first public engagement as Prince Charles’ fiancé. Princess Grace reportedly gave Diana some advice that evening about entering the British royal family: “Don’t worry dear – it’ll only get worse.” 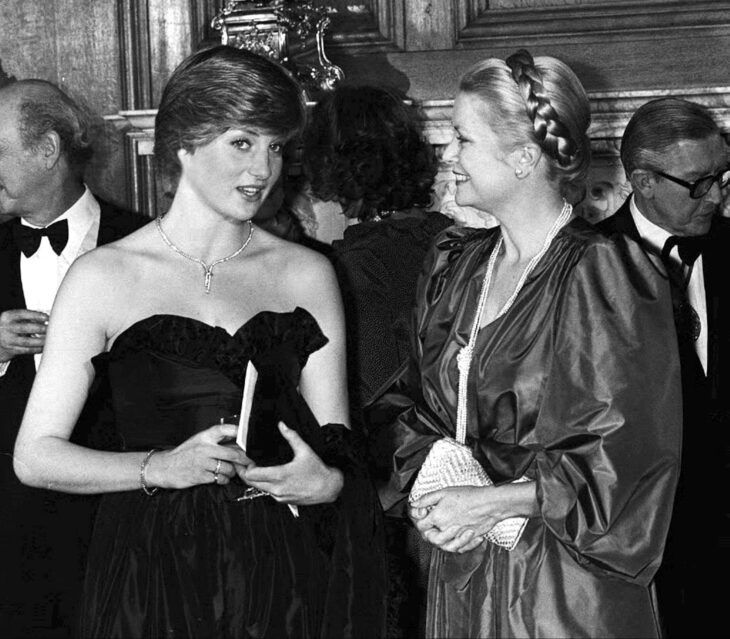 The Royal Ascot is a tradition for the royal family. Princess Diana rocked a Bellville Sassoon outfit at her first appearance at the Royal Ascot in June 1981. It was definitely not her finest fashion moment ever, but it only got better from here! 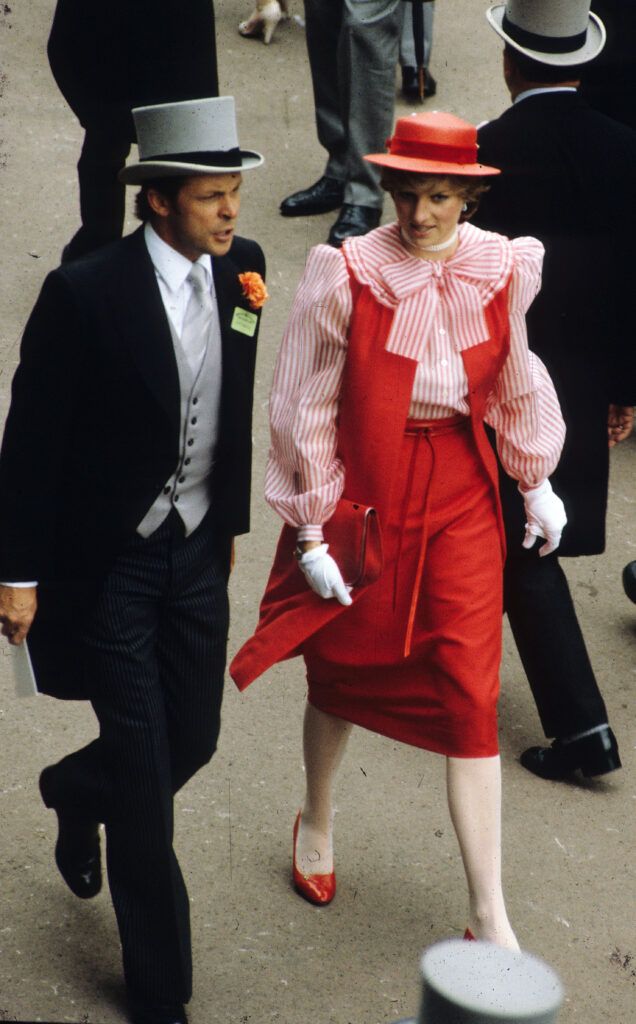 Before marrying Prince Charles, Diana had a job at the Young England School in Pimlico as a teacher’s assistant. This was a pretty big deal. She was reportedly the first woman in British history to have held a paying job before marrying the heir to the throne. 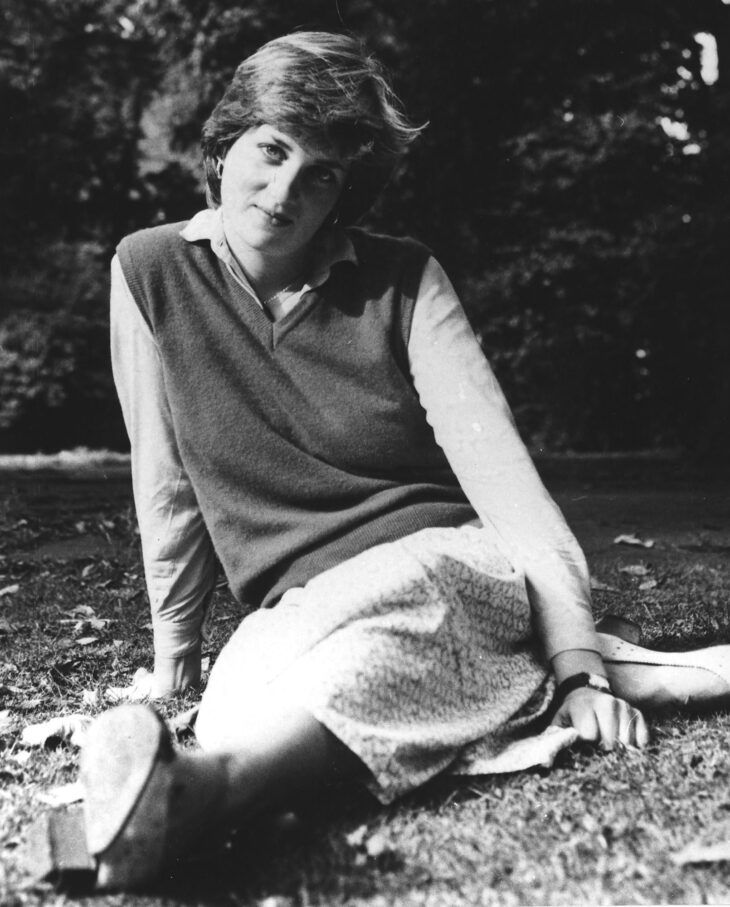 Princess Diana was just a year old in this picture. While she had said that her childhood was incredibly unhappy, there’s no denying that her family was quite privileged. Her father, Earl John Spencer, was a wealthy landowner and his family had been closely linked with the royal family for several generations. 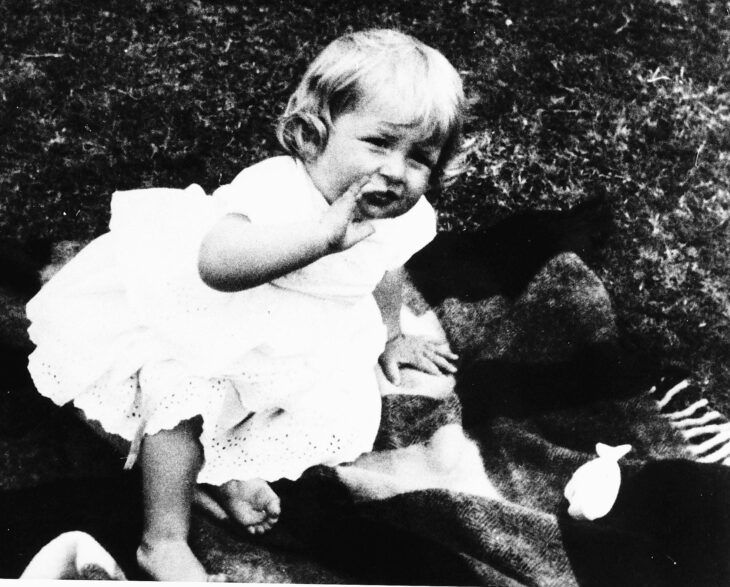 During the summer of 1968, Diana visited Cadogan Place Gardens in London. This photo appears to have to be taken on what would have been her seventh birthday. She looks absolutely precious in this little red dress with a matching headband and a blue cardigan. Even as a child, she had style. 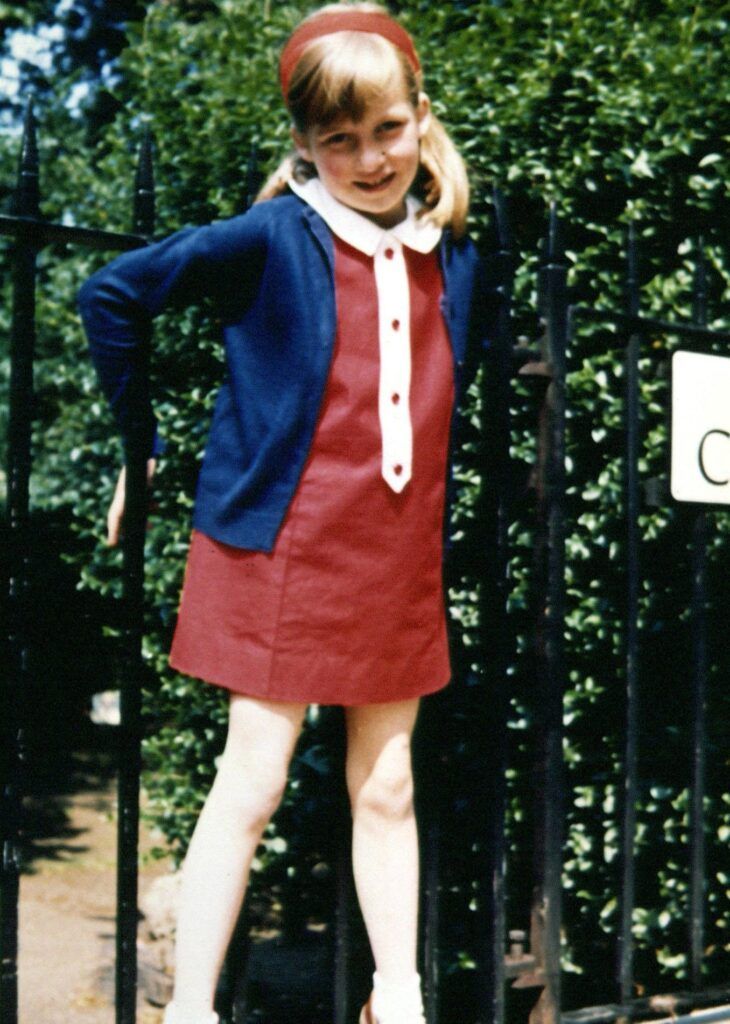 Prior to her wedding with Prince Charles, Lady Diana was already spending time at various polo matches watching her soon-to-be husband play. She looks so young and innocent in this picture – like she no idea how crazy her life was about to become. 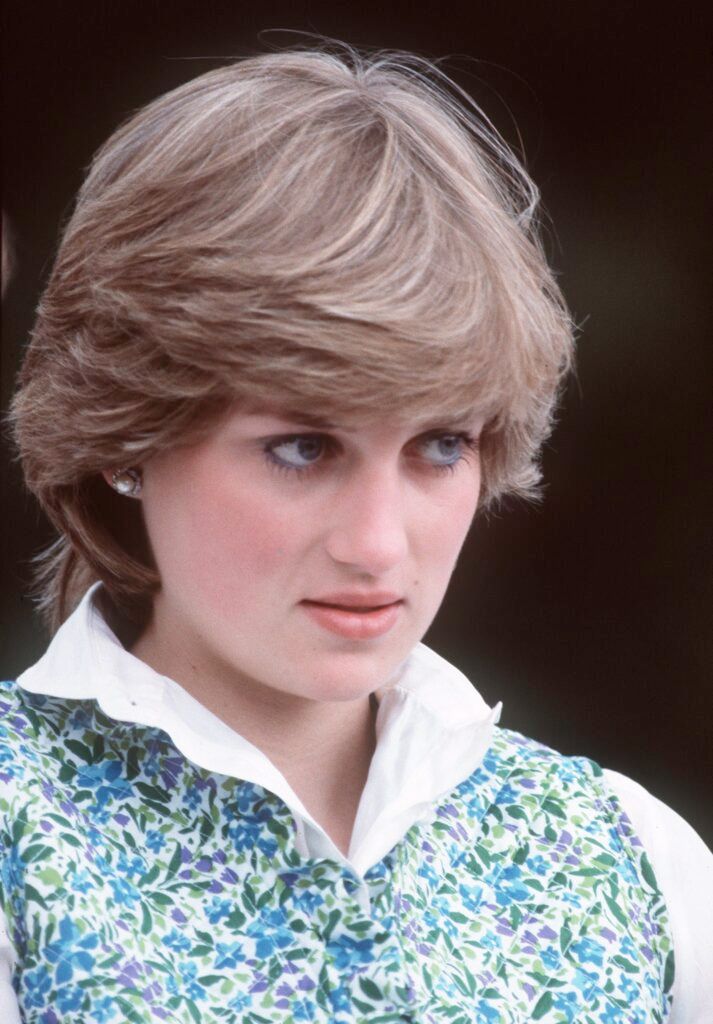 Lady Diana attended a polo match at Windsor Great Park in July 1981 wearing a yellow pair of overalls. It’s a good look for the princess-to-be. She looks young, sweet and innocent, which is exactly what she was! 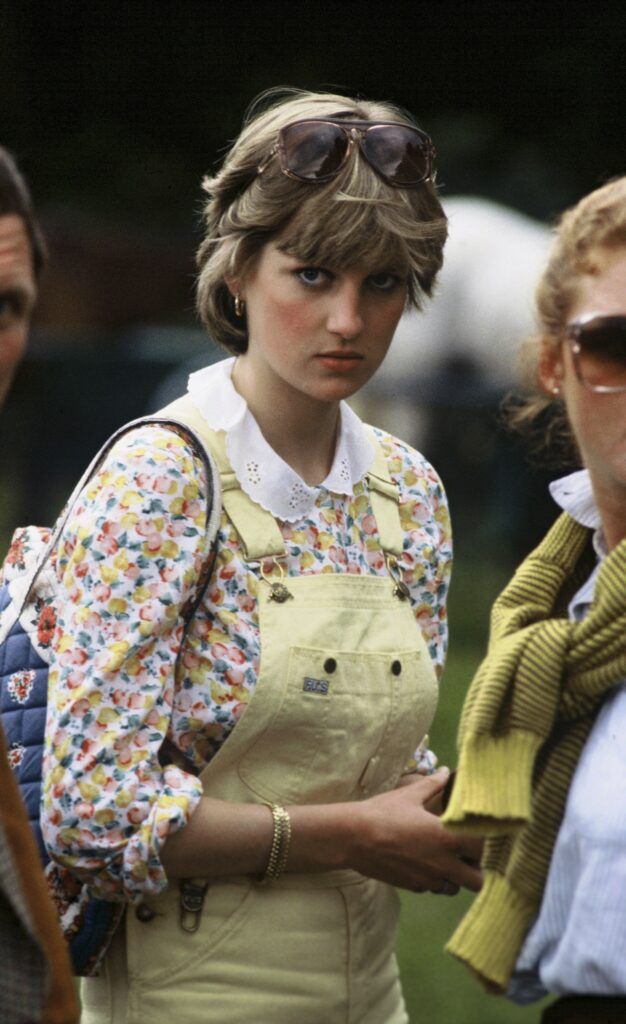 This picture is from 1980 when Lady Diana was first romantically linked to Prince Charles. She’s in London near her flat as she is being trailed by photographers. She already knew a thing or two about fashion with her red blazer and pin-striped skirt. 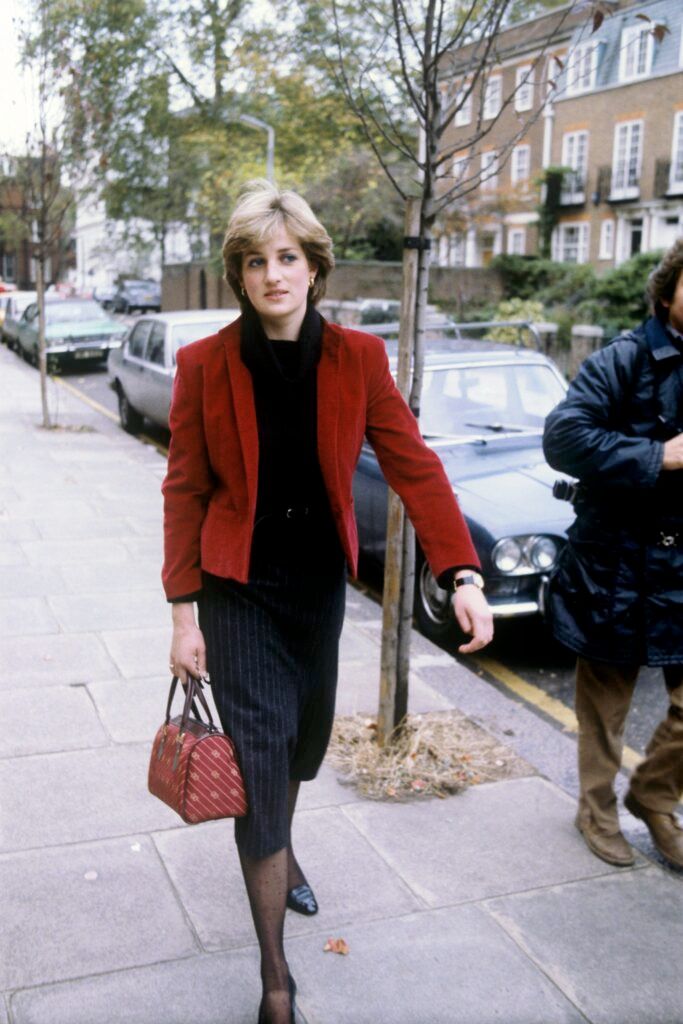 Back in the summer of 1971, Diana went on a vacation in Itchenor, West Sussex. Here she is barefoot with a croquet mallet. Although she was never that inclined academically, she was reportedly really good at sports, including swimming and diving, and was skilled at ballet and tap dance. 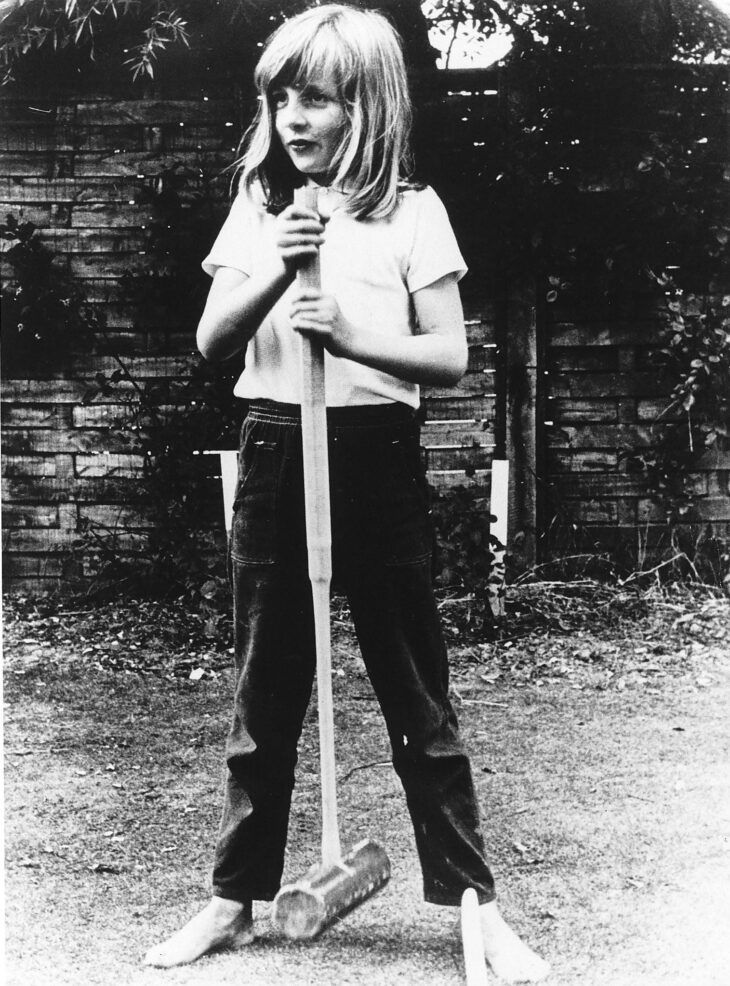 This picture is from October 1980 when Diana was leaving the nursery school Young England School in Pimlico where she worked as a teacher’s assistant. She certainly dressed more conservatively then! That is an awfully long plaid skirt! 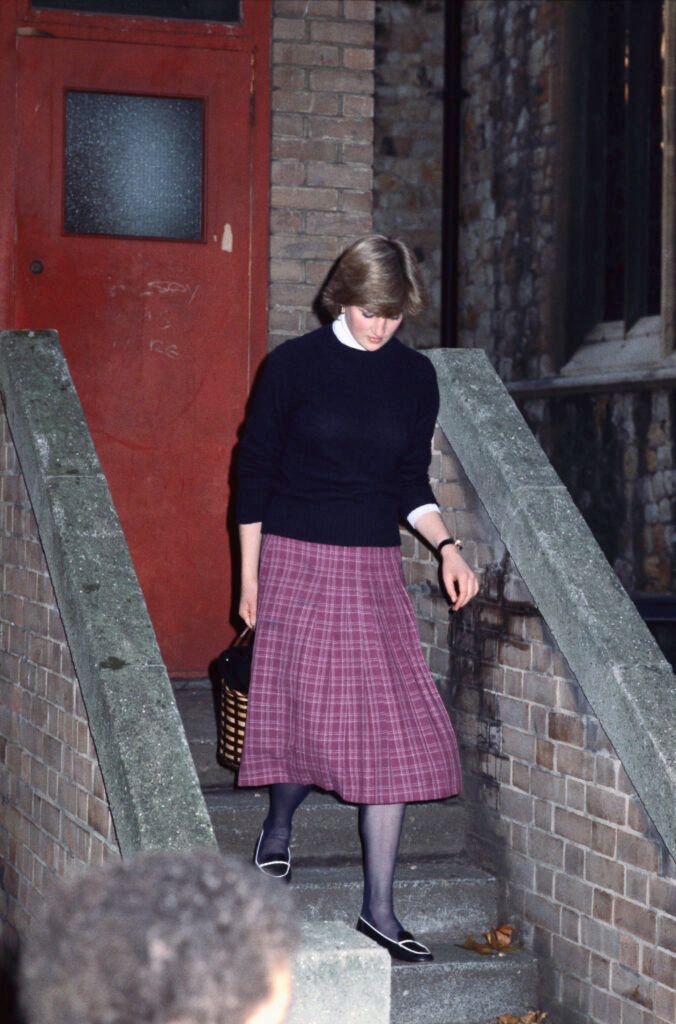 Here is Princess Diana in September 1980. At this point, Prince Charles had already begun courting the 19-year-old aristocrat. This is a photo in Diana’s flat. She was clearly still figuring out her style. The big, puffy vest just didn’t go with the blouse and floral skirt. 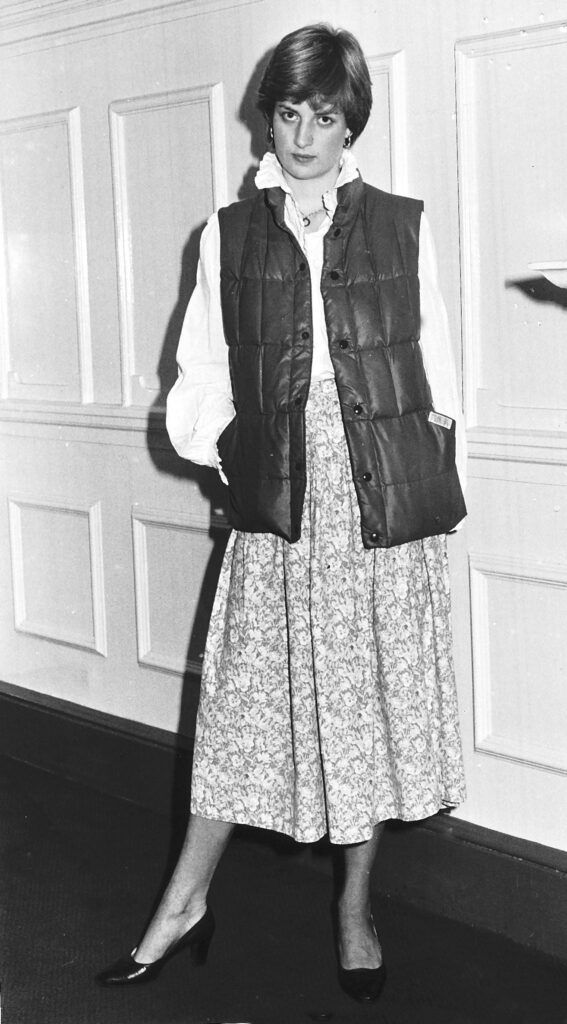 In 1978, a young Diana was a bridesmaid at her sister Lady Jane’s wedding to Robert Fellowes. She was just 16 years old in this picture. While Diana’s marriage to Prince Charles ended in divorce, her sister’s marriage is still going strong more than 40 years later. 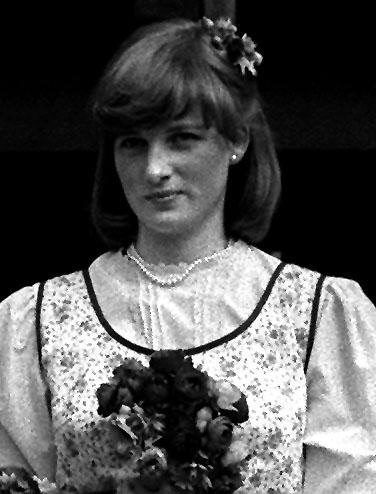 All eyes were on Princess Diana during her first public appearance at a fundraising concert at Goldsmiths Hall in London in 1981. In this photo, one can see the sea of photographers in front of her as she stands there in a beautiful black taffeta dress. It was just the beginning of what would be a very crazy life in the spotlight. 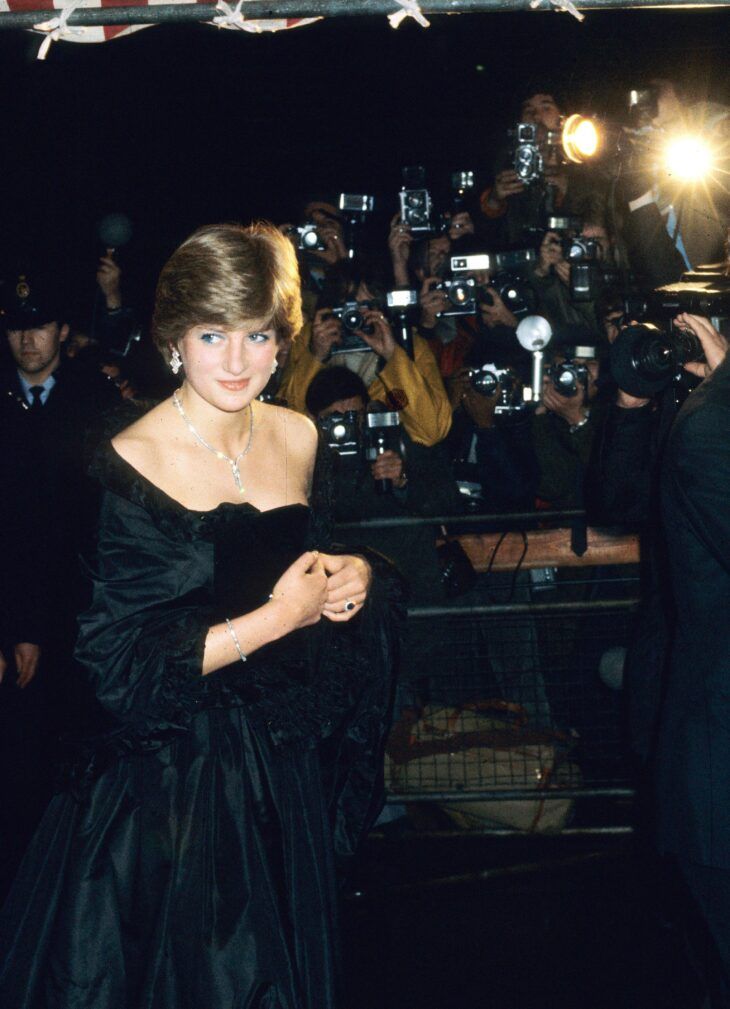 6. Playing with Her Younger Brother Charles at Sandringham – 1967

Princess Diana was such a doting sister. Here she and her younger brother Charles are at Sandringham, playing on the swing set. He has the sweetest look on her face as he gazed at his big sister. He obviously adored her! 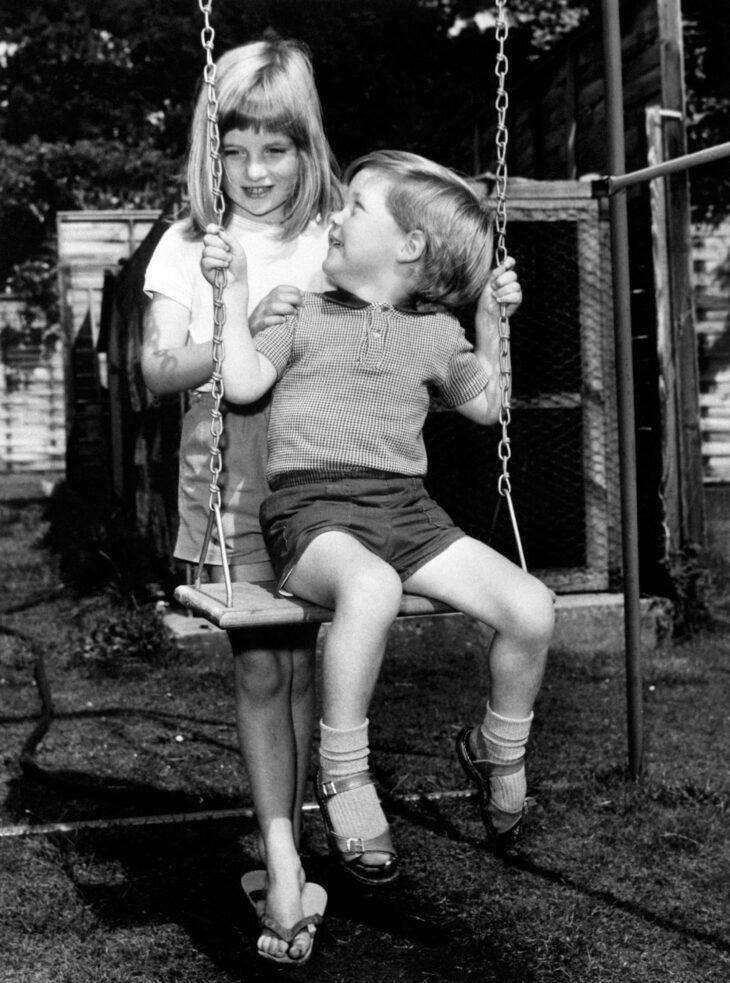 Here Diana is before her wedding to Prince Charles in 1981. She wasn’t really taking any risks with her fashion back then and was dressed quite conservatively. During an appearance with Prince Charles in Tetbury, she wore an ivory blouse with a red polka dot blazer and red skirt. 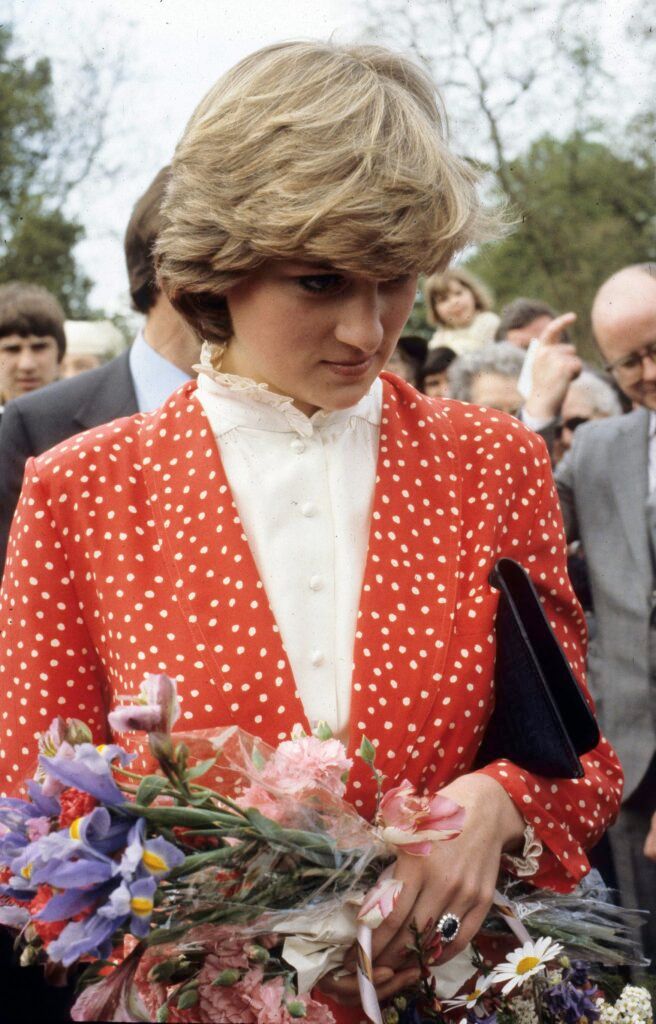 At the age of two, Lady Diana looked a bit like a doll. She had this beautiful porcelain skin with this beautiful blonde hair. She also dressed in the cutest way. How precious is this little dress with these buckle shoes? 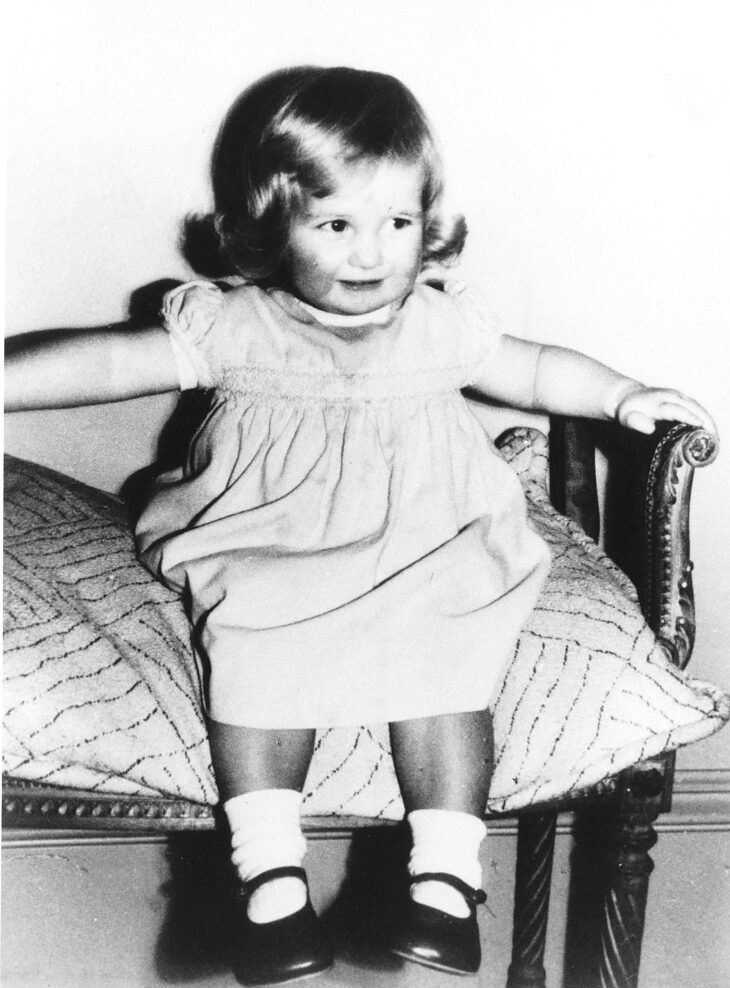 Before she was married to Prince Charles, the bride-to-be visited Lord and Lady Romsey at their country estate, Broadlands, in May 1981. She looked so fresh-faced in this picture in this green ensemble. 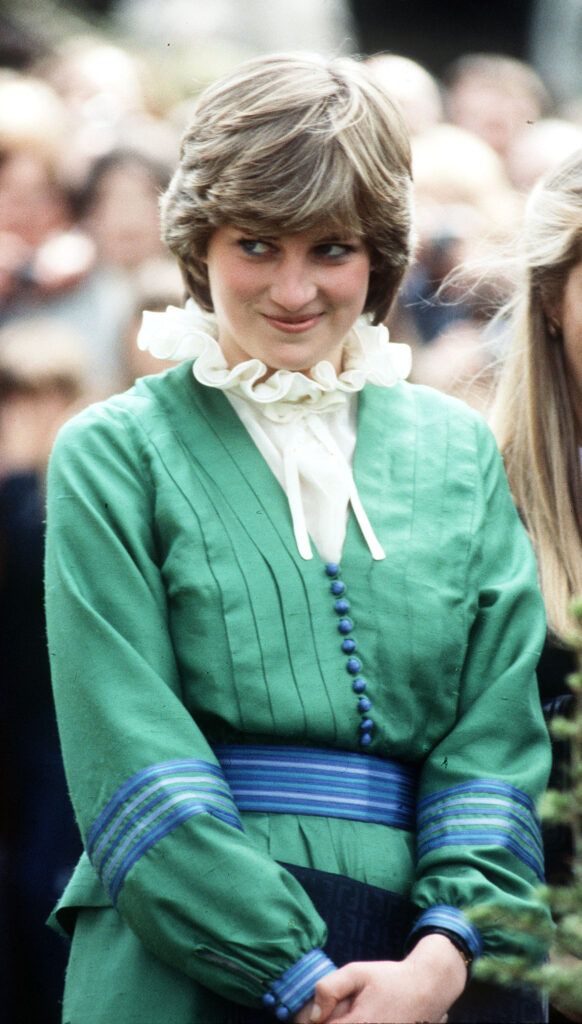 This is one of the first images of Diana. The press had recently learned that she was dating Prince Charles and were hounding her while she was at work. She wanted them to leave, so she gave them what she wanted – a picture. As she was posing, the sun came out and all that the photographers could see were her beautiful legs. 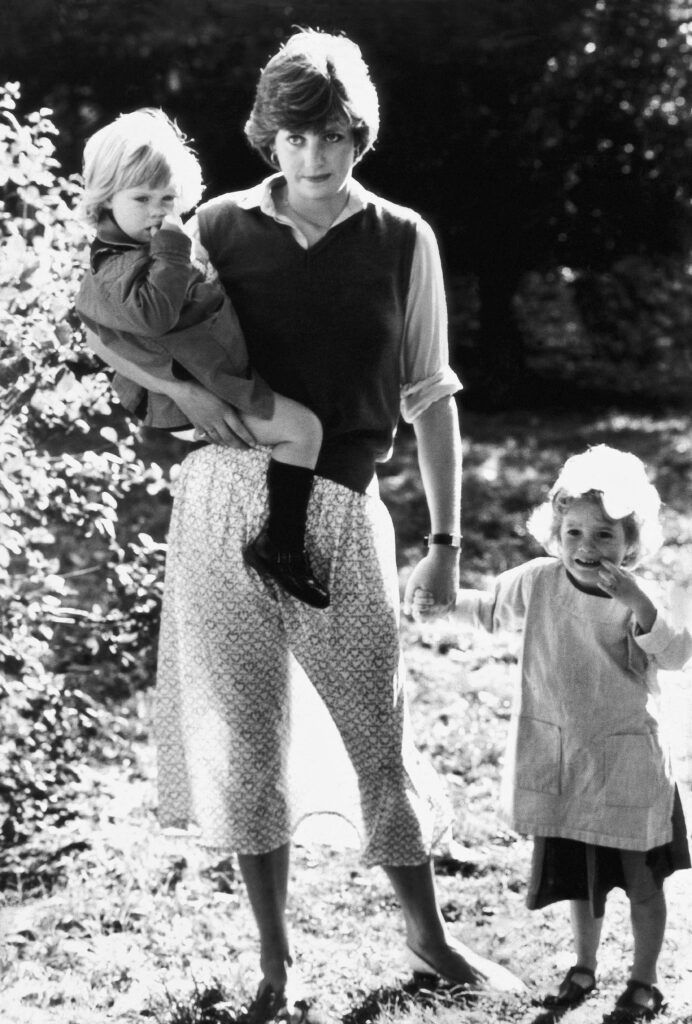 In 1980, the beautiful young aristocrat couldn’t escape the press. Here she is in her new car, a Mini Metro, outside the school in Pimlico where she worked as a teacher’s assistant. She stalled her car and had quite the expression on her face. 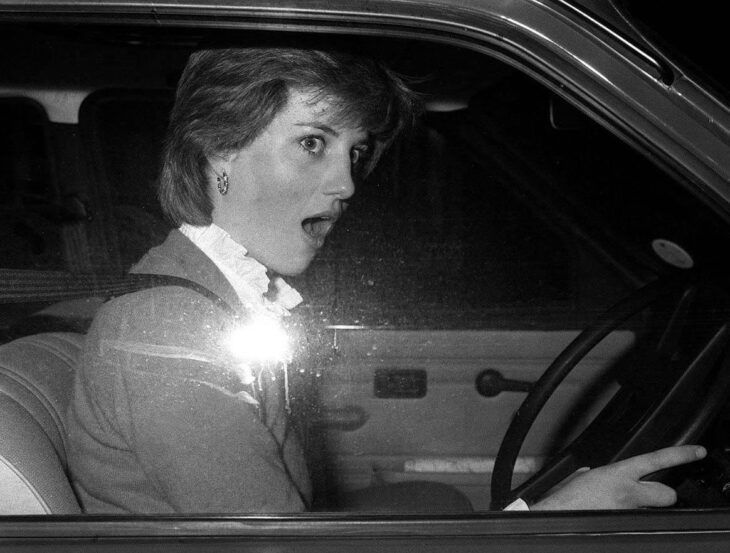