Rare Photos Of Kate Middleton That You Haven’t Seen 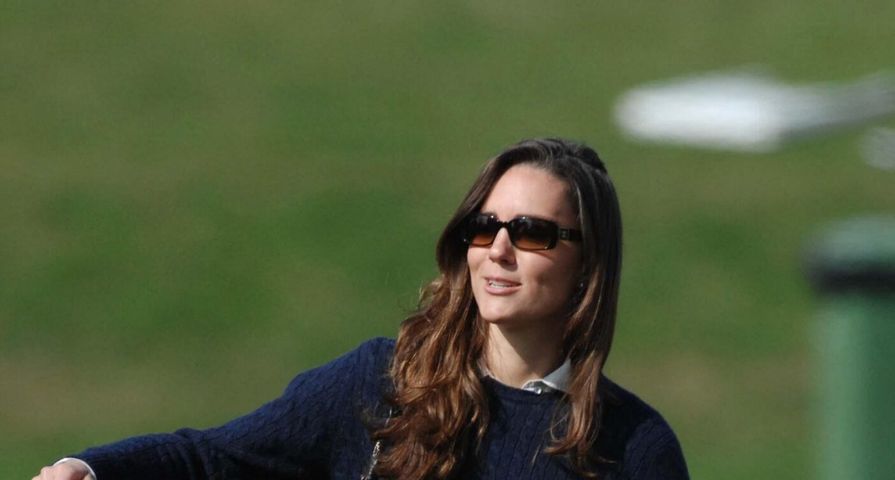 For the majority of her adult life, Kate Middleton has been famous. While she tried to avoid the spotlight prior to her marriage to Prince William, she was never successfully able to escape the paparazzi. Because of this, we have a bunch of pictures of her from before she became a royal and, many of these pictures, most people aren’t familiar with. Follow along for 11 rare Kate Middleton pictures that you haven’t seen:

In 1984, Kate’s family moved to Jordan. She was two years old and her sister Pippa was eight months old. Her father, Michael Middleton, was a manager for British Airways at the time and he was working for the company in the Jordanian capital. The family only stayed in Jordan for a few years and then returned to England in September 1986. 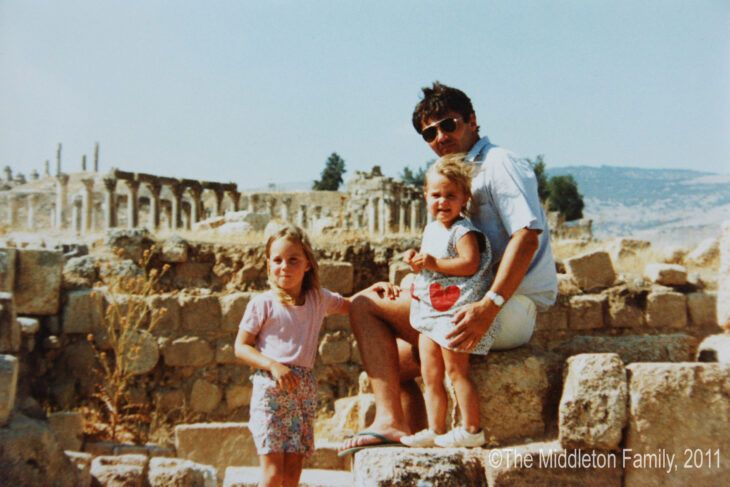 From 2001 to 2005, the future Duchess attended St. Andrews University in Scotland, which is where she met Prince William. They began dating during their second year and continued to have an on-off relationship for the rest of university. When they graduated in 2005, their relationship was very much on. 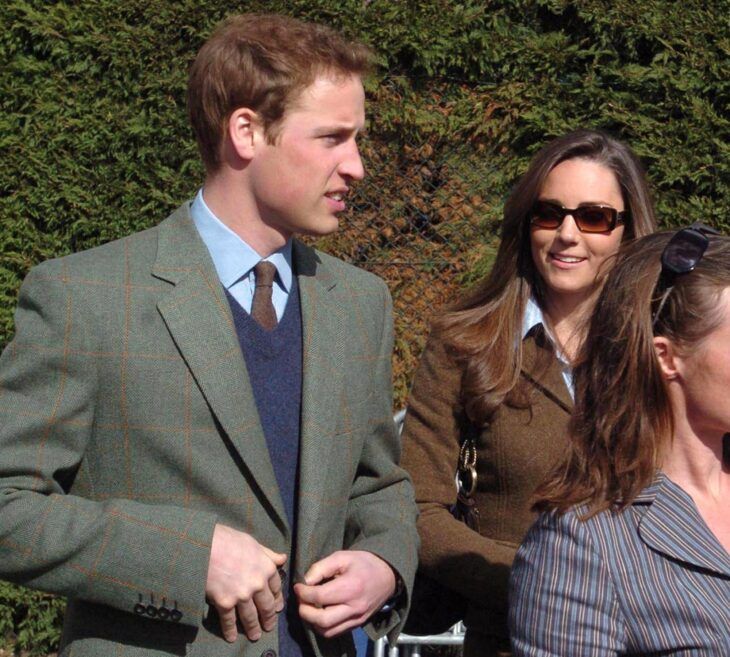 Back in 2006, Middleton attended a launch party for a new exclusive shop on King’s Road. Her style was very different back then and was much more girly than it is now. The floral dress and the matching purse and the light pink velvet jacket definitely have a very youthful vibe.

Kate was often seen out and about in London following her and Prince William’s university graduation. She was often seen sporting a skirt, tights, a sweater and a pair of suede boots. It became her signature look! 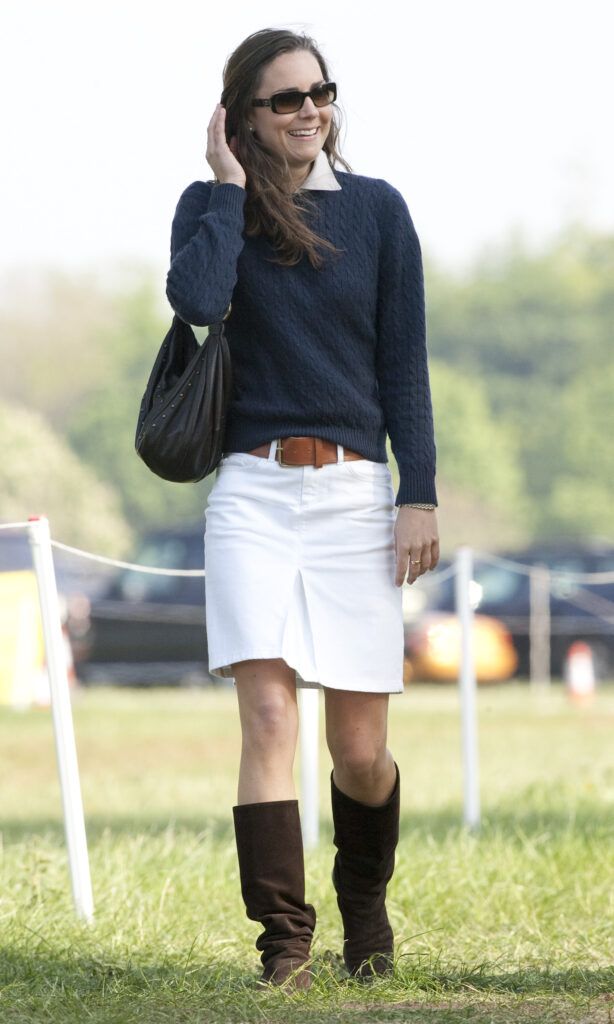 As Prince William’s girlfriend, Kate was often stalked by the paparazzi. They would wait outside of her home and would follow her as she walked to her car. While this might have rattled some people, Kate didn’t let it get to her and was always calm and composed as she walked down the street. As was the style back then, she rocked a pair of skinny jeans with a blazer and a pair of suede boots. 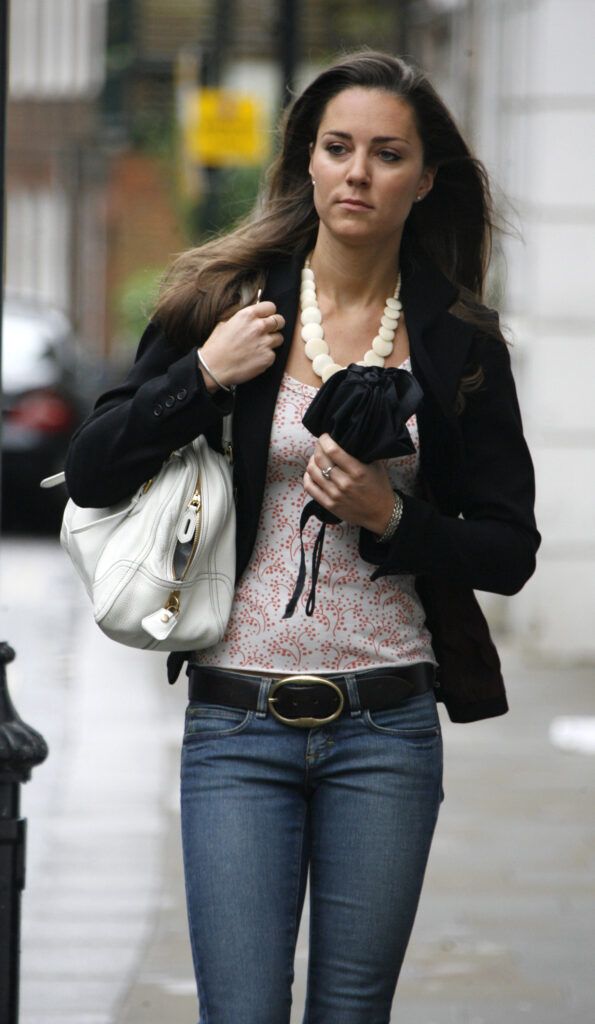 In May 2007, Middleton attended the Badminton Horse Trials with Prince William’s close friend, James Meade. This was after she and William broke up after nearly five years together. One of the reasons for the breakup was that he wasn’t ready for marriage and had been spotted at various clubs acting like he wasn’t in a relationship. Her presence at the Badminton Horse Trials was evidence that things between them weren’t necessarily over. 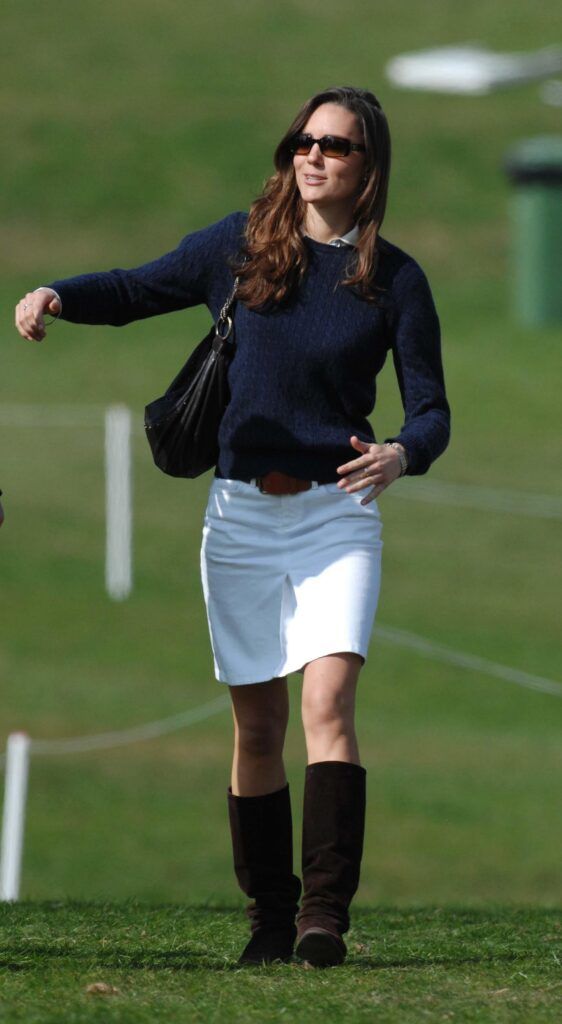 During her brief breakup with Prince William, the brunette beauty didn’t waste any time moping and made sure to get herself out of the house and socialize. She attended the Young Stalin book launch with her sister Pippa in this lace dress and we think it is safe to say that pictures like this probably made William regret his decision to end the relationship. 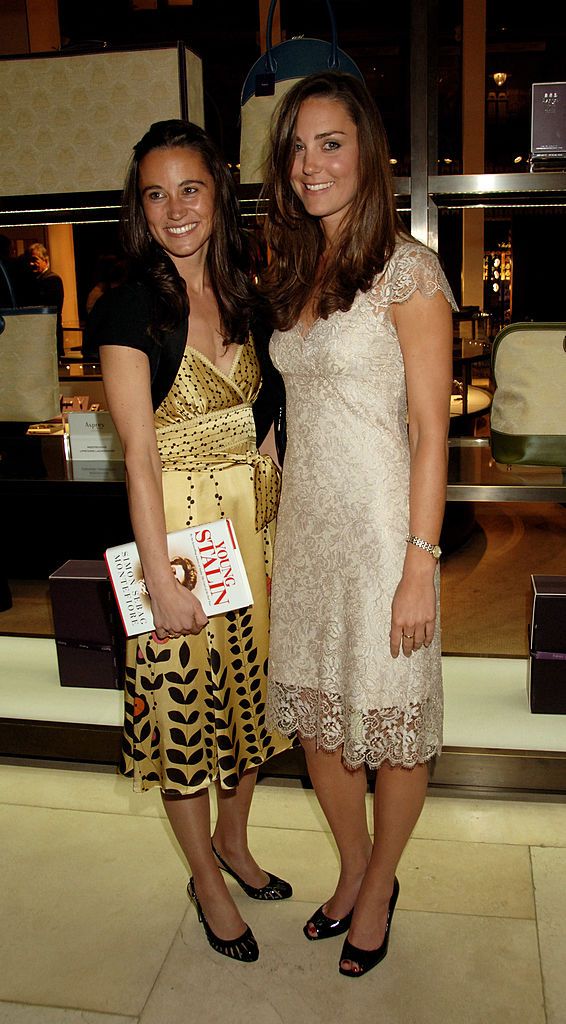 Middleton was a regular at the Cheltenham Racecourse Festival before she married Prince William. In 2008 she attended in this navy trench coat with a black scarf, black tights, black suede boots and a matching black fedora. 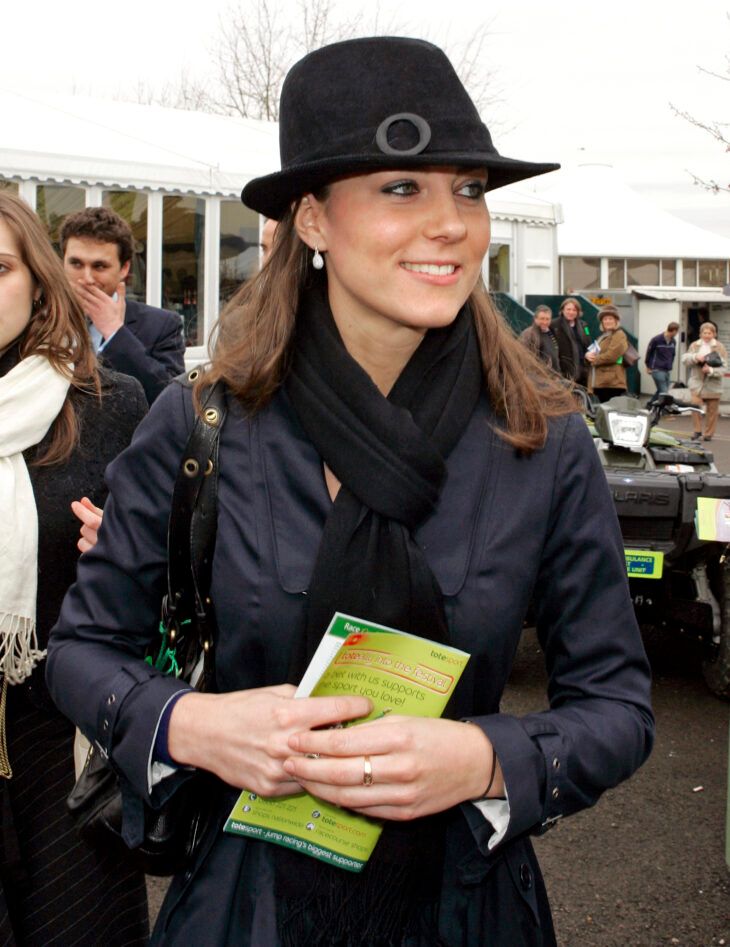 In September 2008, Kate attended the Day-Glo Midnight Roller Disco Fundraiser. She was photographed roller skating around with her friends and her sister Pippa in a pair of yellow hot pants with a sparkly green top and some pink legwarmers. 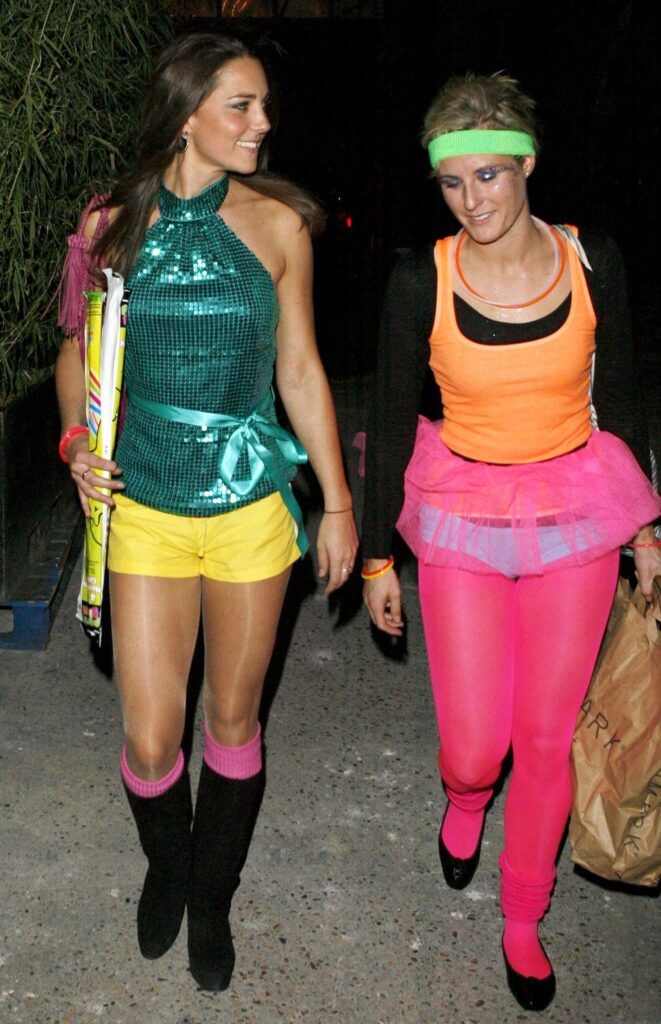 She attended a charity polo match at Cirencester Polo Club in June 2007, which Prince William and Prince Harry took part in. She looked stylish in a pair of skinny jeans, an ivory top, a leather jack and a pair wedges. 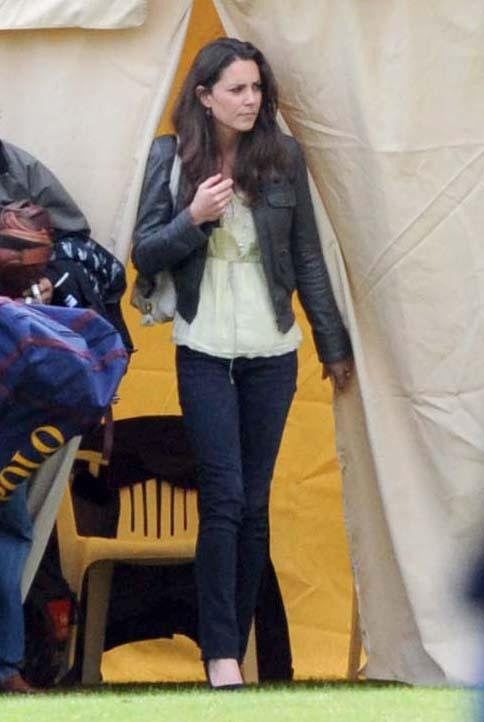 In 2010, Middleton wore a pretty green dress to watch Prince Harry and Prince William play polo in the Chakravarty Cup polo match at the Beaufort Polo Club, England. She looked happy and relaxed, which got some wondering if a royal engagement was coming. Less than six months later, she and Prince William announced that they were engaged. 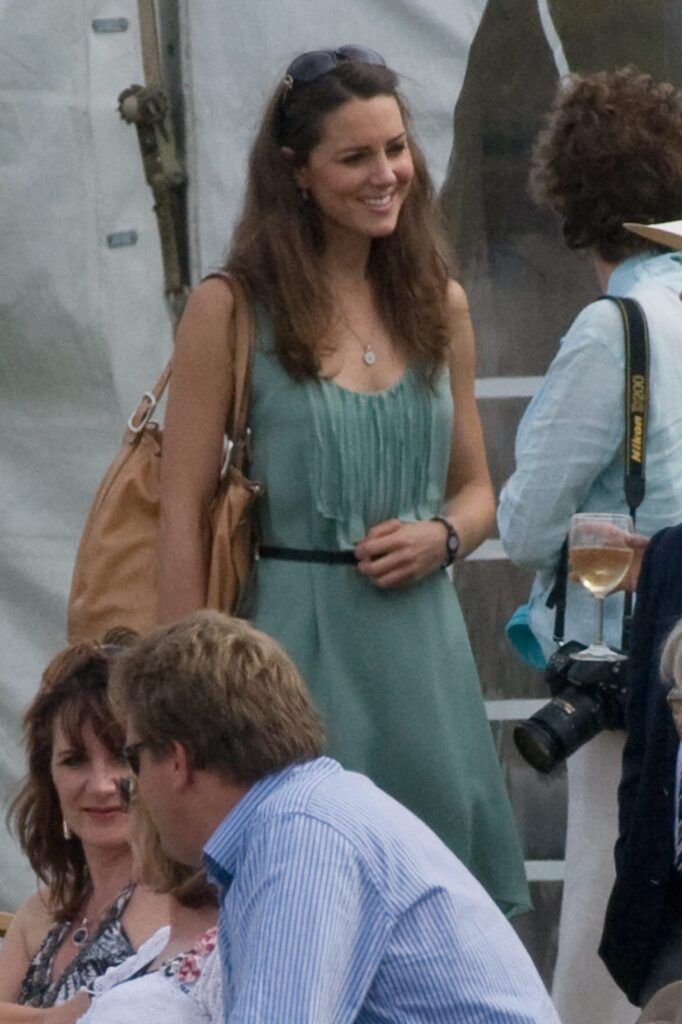