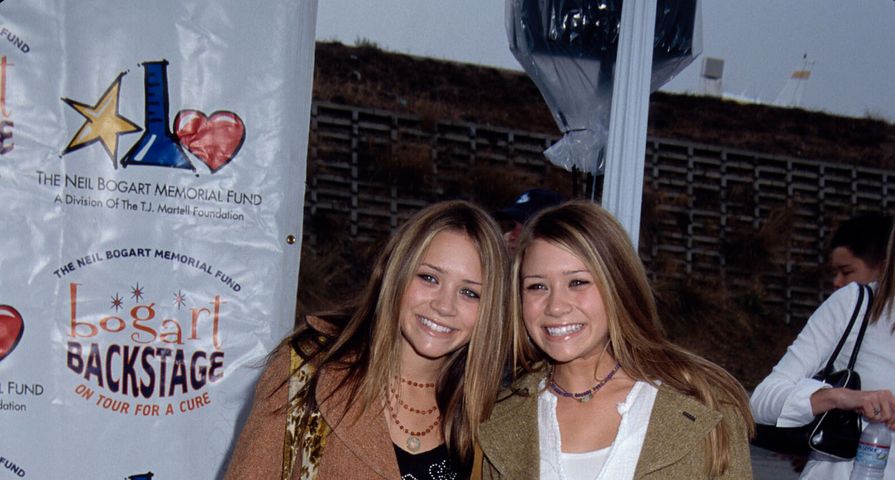 Mary-Kate and Ashley Olsen have been famous for their entire lives. Their careers originally took off when they were six months old and cast in the family sitcom, Full House; however, what made them super famous – and very rich – were the direct-to-video films that they produced from their production company, Dualstar. We have 11 rare photos of the twins that most people haven’t seen:

The Olsen twins attended the Emmy Awards in 1991. We wonder who was styling them at this point – probably their mother. Their little dresses and accessories were so girly and so vastly different from what their style would ultimately become. 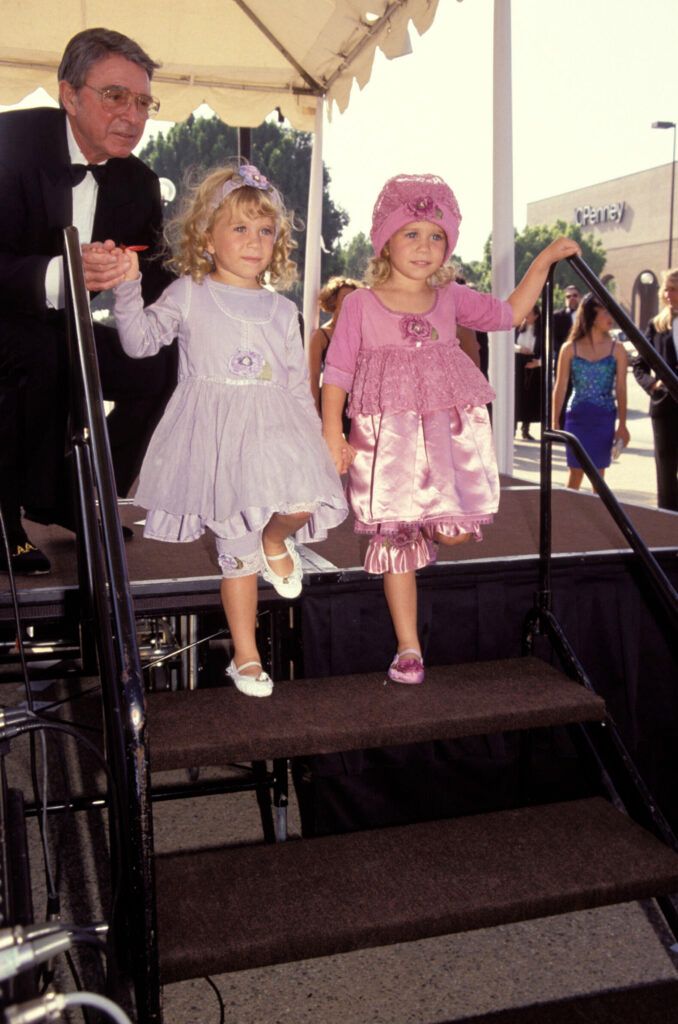 In 2004, Ashley and Mary-Kate attended the US Open. Here they are arriving at Lleyton Hewitt’s semifinal match in their typical mid-2000s fashion – baggy or ripped jeans with cardigans and/or blazers and statement belts. This was the rare instance where Mary-Kate wasn’t blonde! 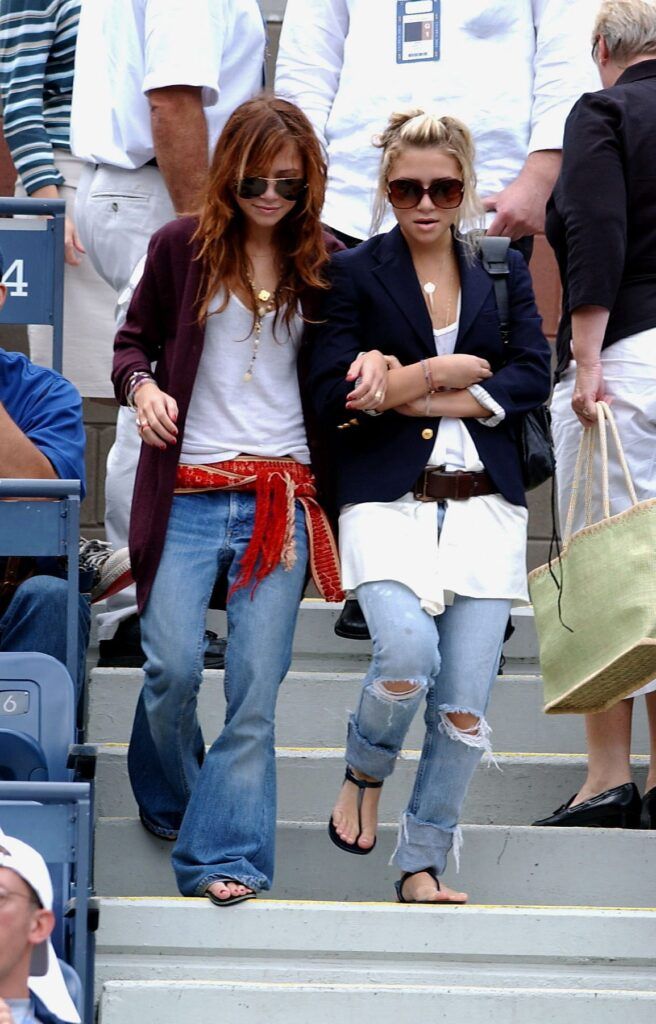 The former Full House stars showed up at the 9th annual Kids Choice Awards in 1997 wearing black dresses with black headbands. When they were young, they looked so much alike. It’s practically impossible to tell which is Mary-Kate and which is Ashley! 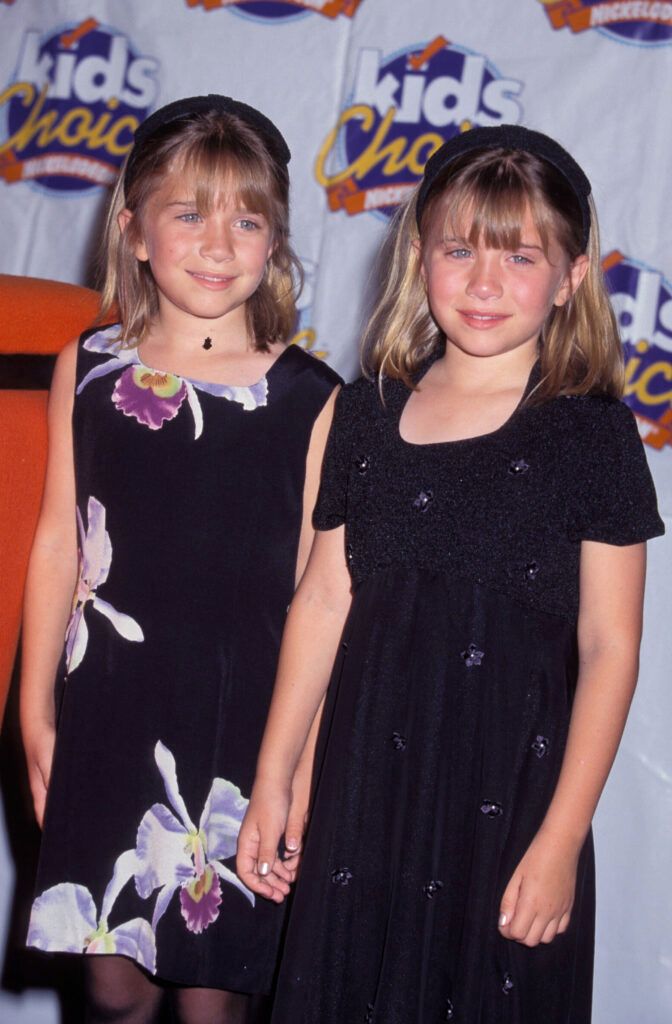 Mary-Kate and Ashley were at the Rush Hour 2 premiere back in 2001. The two were twinning at the event – they were in matching halter tops and slacks, but in different colors, and matching hairstyles. They look so young and fresh-faced! 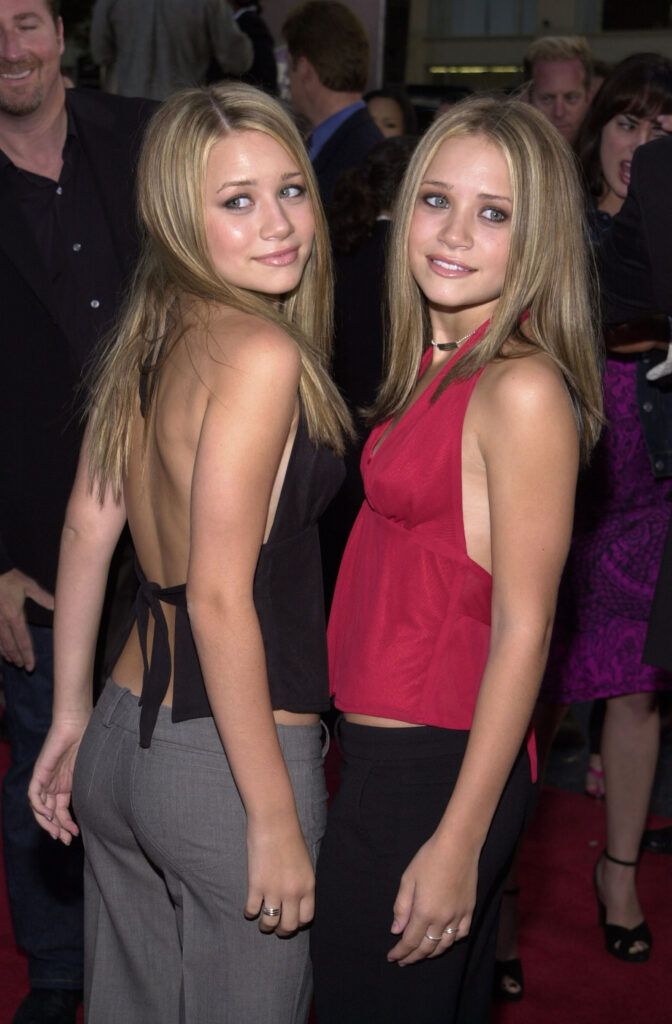 Following the end of Full House, the Olsen twins made their film debut in It Takes Two alongside Kirstie Alley. Here the girls are at the film’s premiere, twinning once again in matching dresses in different colors. 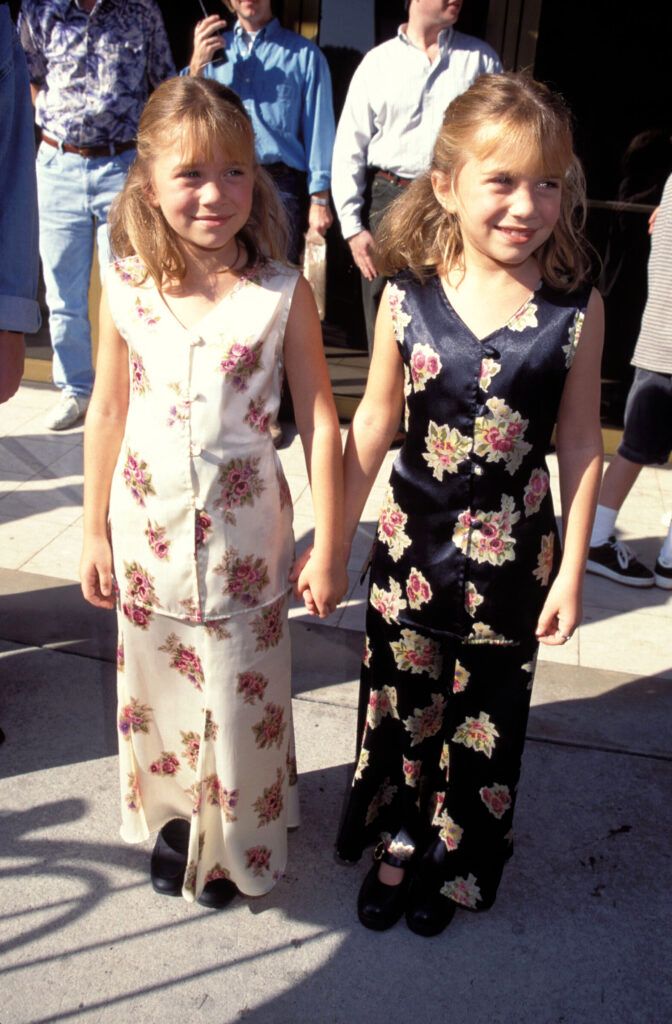 Following Full House, Mary-Kate and Ashley landed roles on another television show, Two of a Kind. It was canceled after one season but, lucky for them, they had their own company that distributed their direct-to-video movies. Here are the twins on the set of Two of a Kind in 1999. 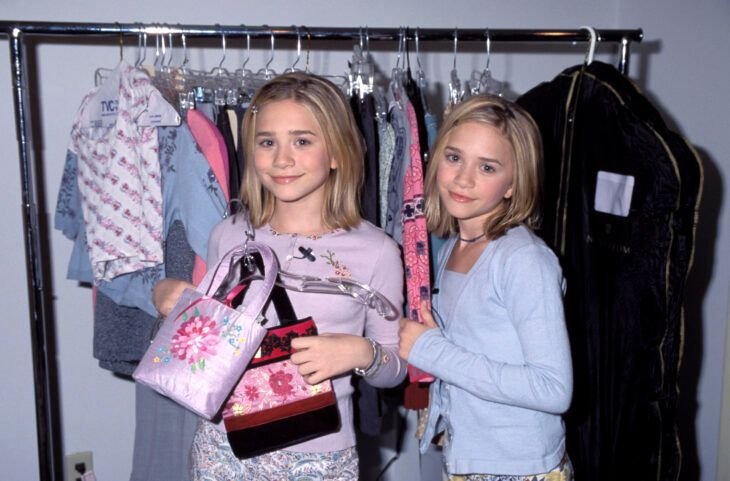 The Olsen twins attended the Bogart Backstage concert gala fundraiser for the Neil Bogart Memorial Fund in 2001. They were all smiles in their tweed coats and jeans. Can you believe they were only 15 in this picture? 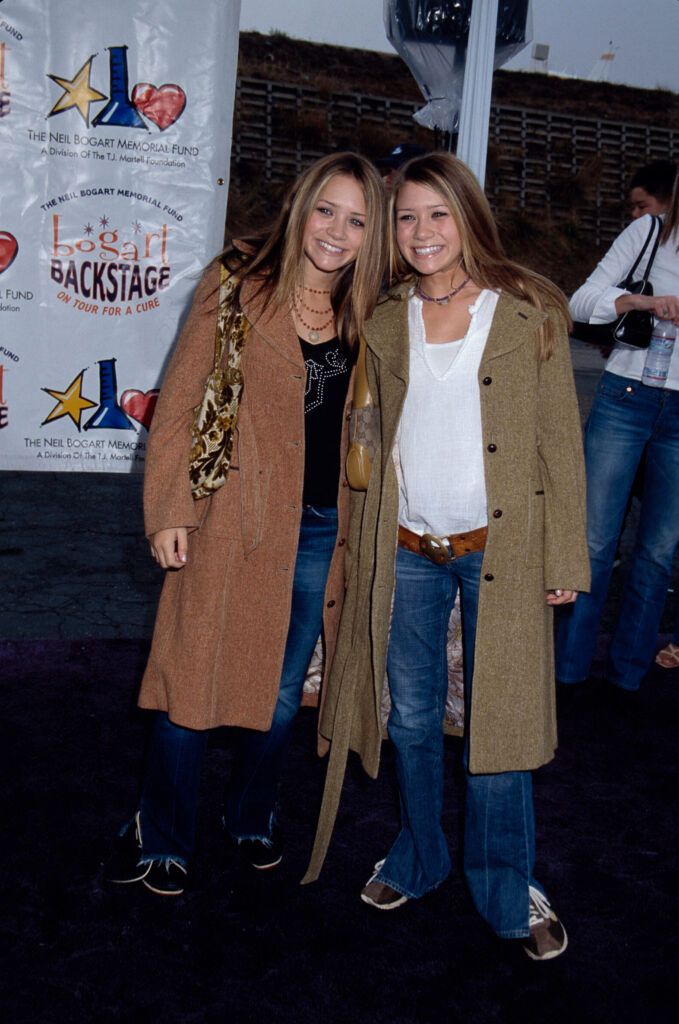 In 2004, Mary-Kate and Ashley were front and center at the Marc Jacobs fashion show during New York Fashion Week. The two were living in New York City at the time and attending New York University, but they couldn’t stay away from their real passion – fashion. 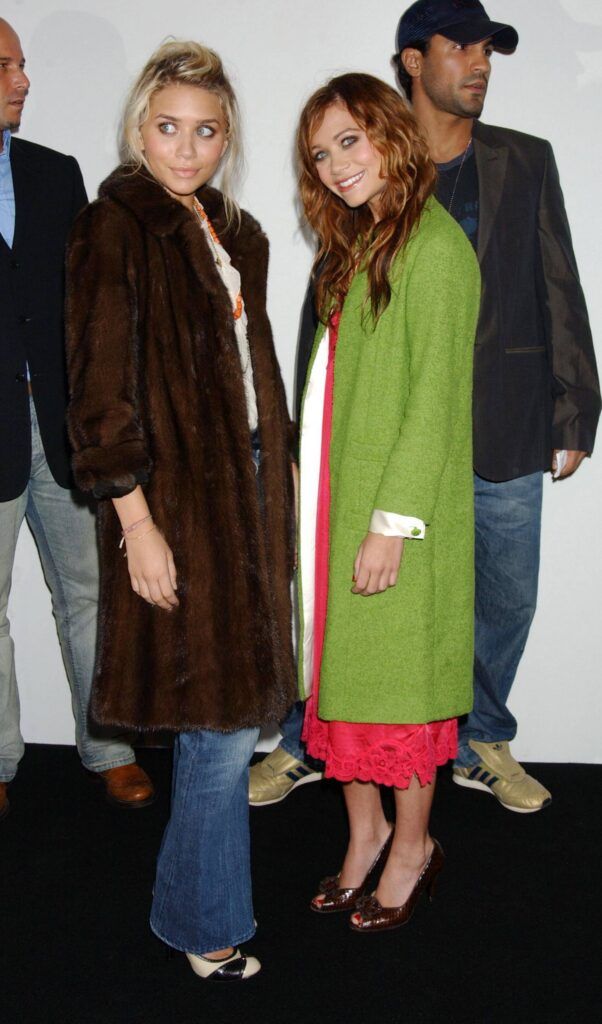 The twins were present at the 46th Annual Writers Guild of America Awards. At the time, they were still starring in the family sitcom, Full House, but it would only be a year later that the show would be canceled. 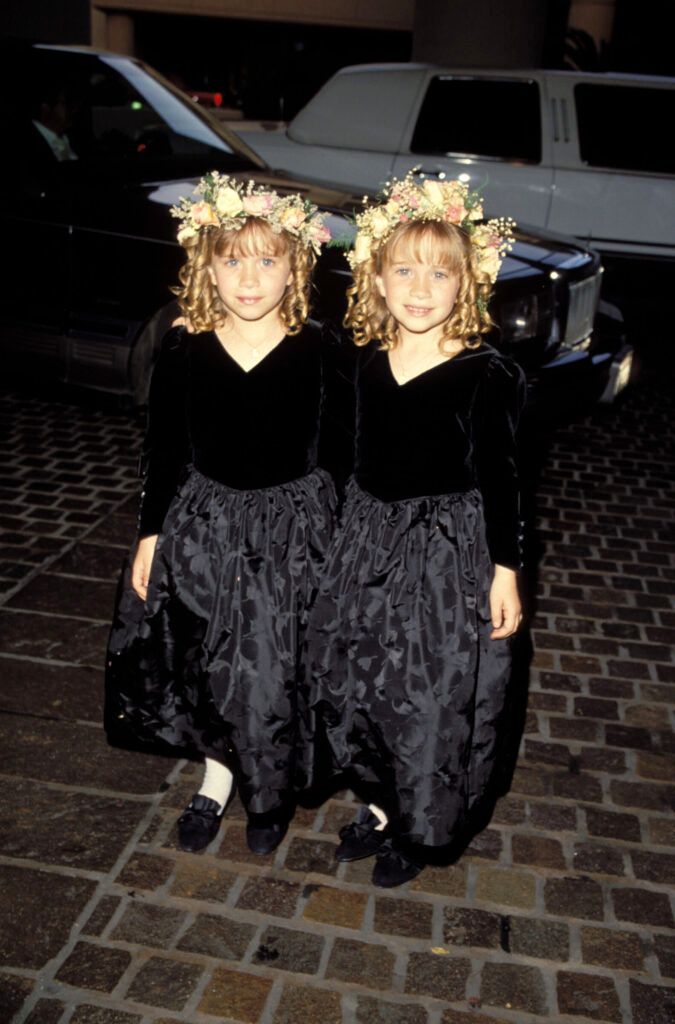 The pint-sized twins were at Vanity Fair’s annual Oscar party in 2002 in matching black dresses. We miss the days when Mary-Kate and Ashley would show up at an event in the same dress, but at least we have photos like this to remind us of how awesome it was! 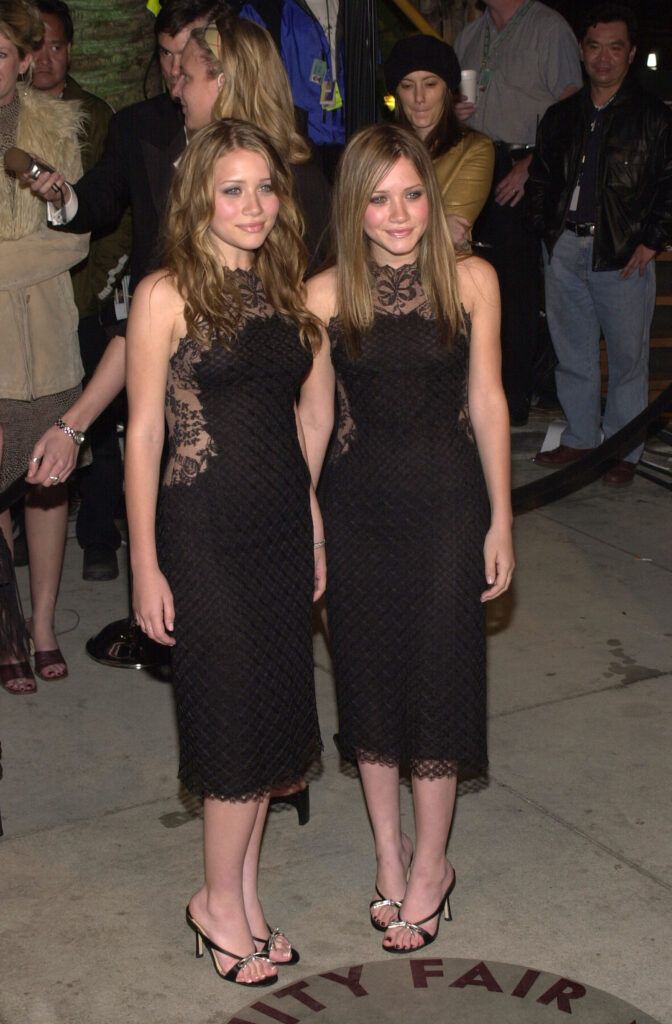 Mary-Kate and Ashley attended the Starsky and Hutch premiere together in Los Angeles in 2004. They were still in high school at the time, but they certainly didn’t dress like they were! Ashley looked sophisticated in a geometric-print midi skirt with a crocheted shirt while Mary-Kate donned a ruffled green skirt with a leaf-print sweater. 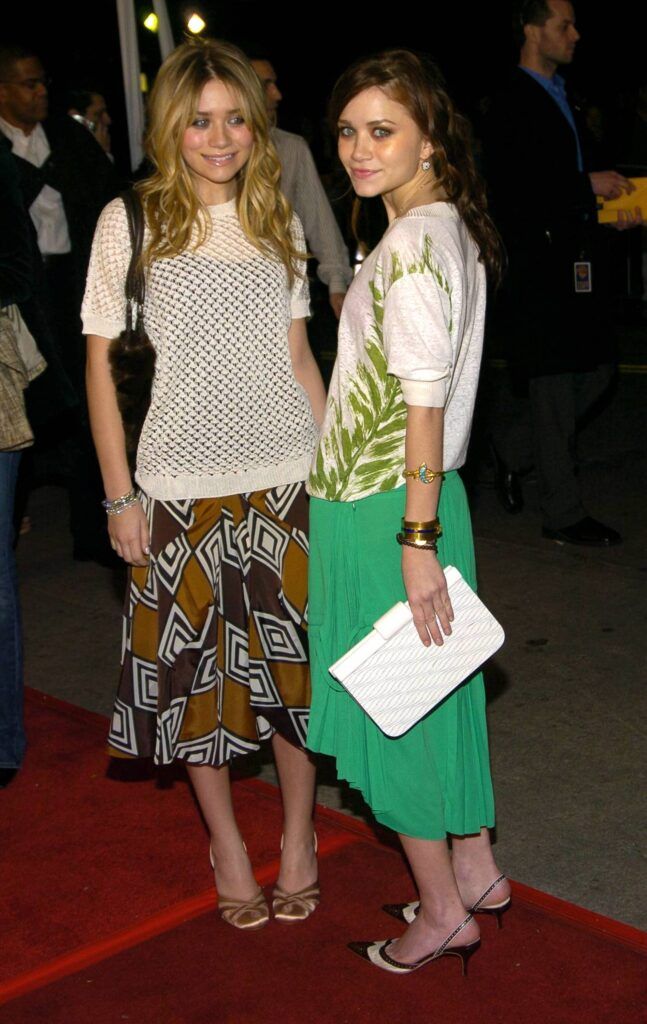