Celebrities Who Have Said No To ‘Dancing With The Stars’ 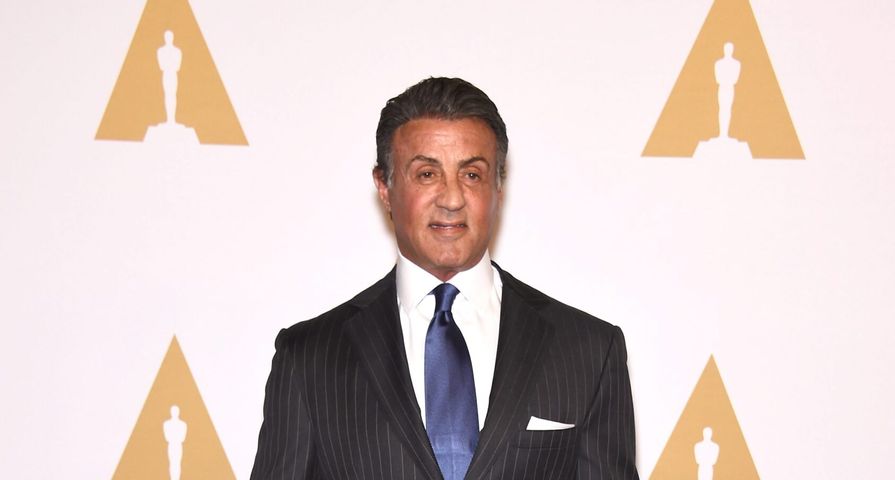 ABC’s hit competition reality series Dancing with the Stars has seen tons of success over its many seasons. Over the years, many celebrities have been invited to take part in the show, but not all of them have been interested and there are many who have declined. Here are some celebrities who turned down the opportunity to appear on DWTS:

Jenny McCarthy is absolutely no stranger to reality TV after co-hosting MTV’s Singled Out, judging on The Masked Singer and even getting her own series with husband Donnie Wahlberg, Donnie Loves Jenny, but she made it very clear she would not be on Dancing With the Stars. “They ask me every year, and I just can’t do it,” she said back in 2012. “I tell them why [and say] ‘You guys keep saying every year you’re going to get A-List people and then it’s the girl that was with George Clooney’… They better talk the walk or walk the talk – whatever that saying is.” Clearly, more impressive names need to appear on the show before McCarthy considers it. 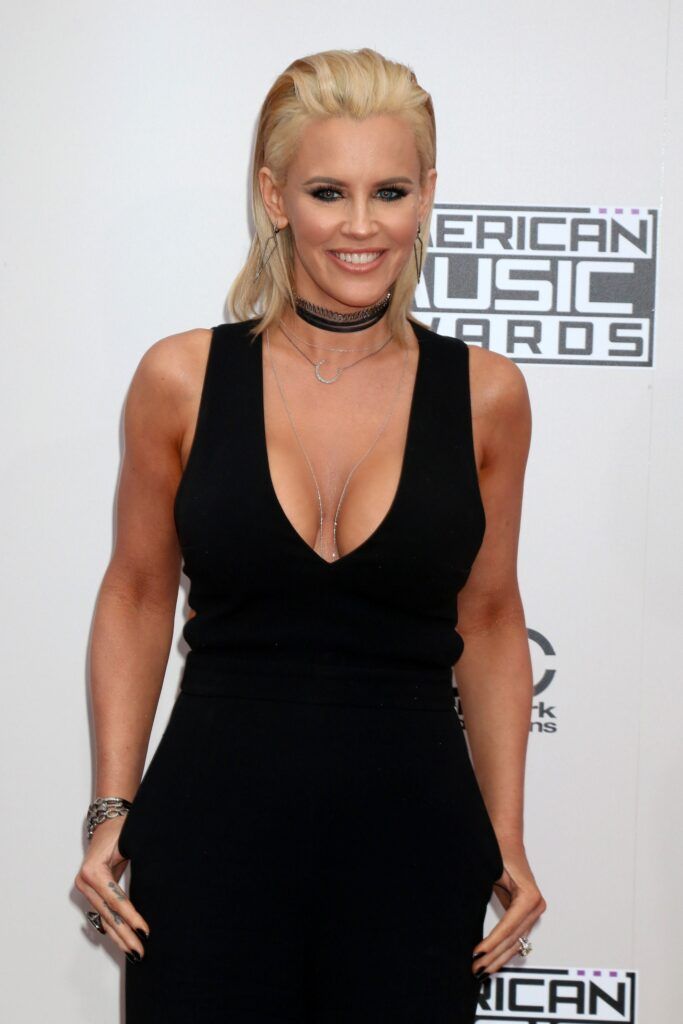 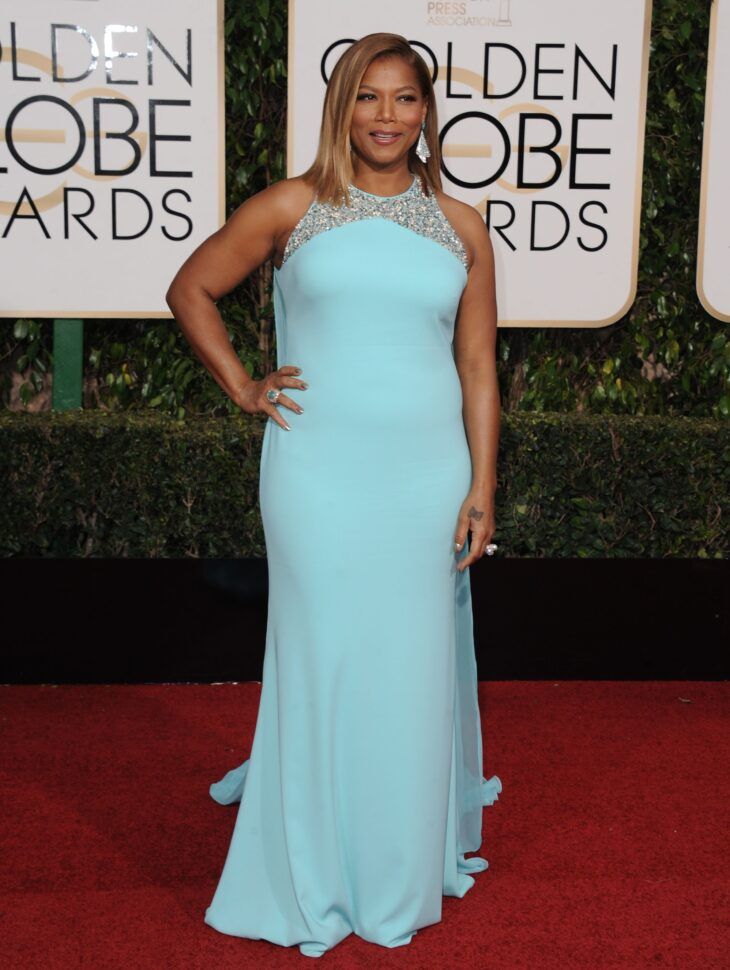 Actor Ricky Schroder rose to fame as a child thanks to the sitcom Silver Spoons and continued on with roles in Lonesome Dove and most notably NYPD Blue. It seems Schroder was just the type of star Dancing With the Stars was looking for and ABC asked former DWTS champion Alfonso Ribeiro if his friend, Schroder, would be interested in competing. As it turns out, Schroder was not interested. Ribeiro told E! News, his pal said, “Eh, I don’t dance!” 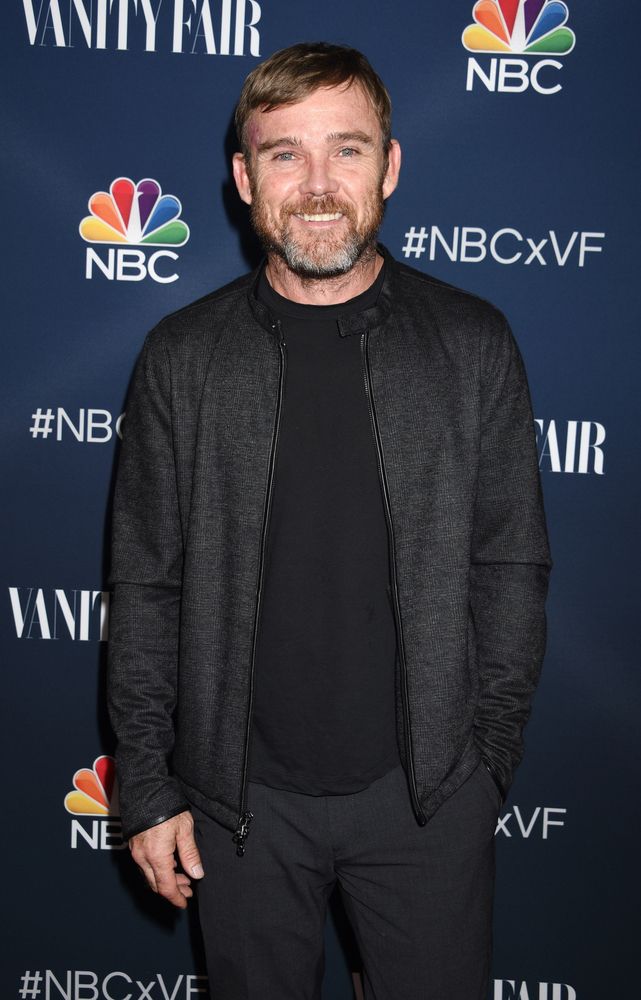 Actress and comedian Caroline Rhea has proven herself to be relatable and extremely likable in her many roles including as Hilda Spellman on Sabrina the Teenage Witch, and while she might be very popular if she were to compete on Dancing With the Stars, it seems she isn’t interested. Rhea was reportedly asked to compete on season 18 back in 2014, but refused. 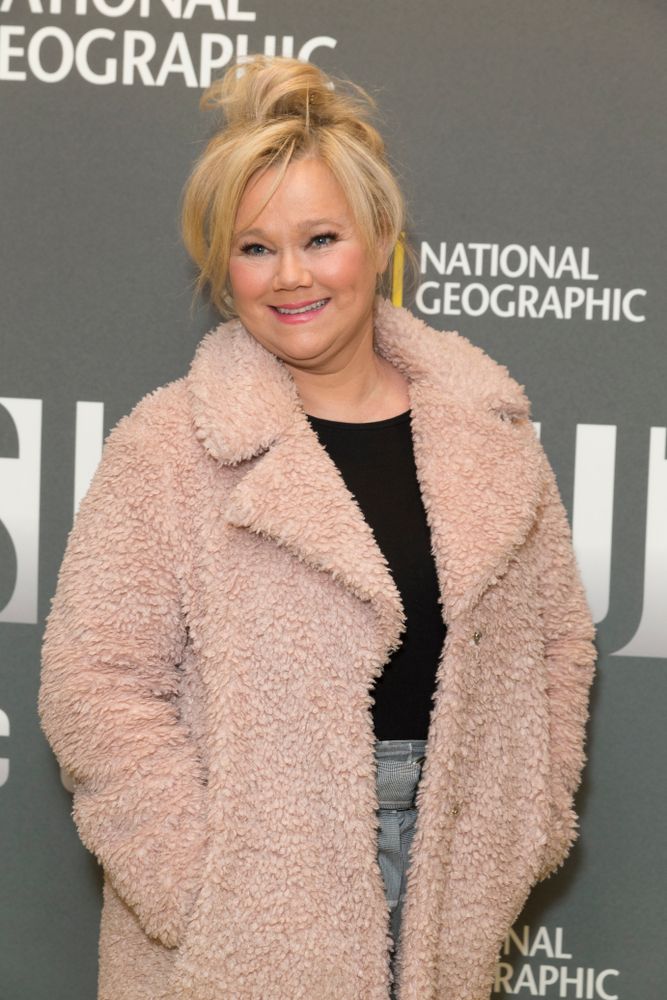 After a wild ride of ups and downs in Hollywood, actor Charlie Sheen was incredibly close to make his Dancing With the Stars debut. It was revealed in September 2019 after season 28 premiered that the 54-year-old had actually been cast in the season before deciding it wasn’t for him. “I was very flattered by ABC and their offer, but at the end of the day, I have two left feet and I just can’t dance,” Sheen revealed. It was also revealed that he was partnered with Cheryl Burke, and Sheen was offered a massive deal on ABC including a pilot series but “it was contingent upon his participation on Dancing With the Stars.” 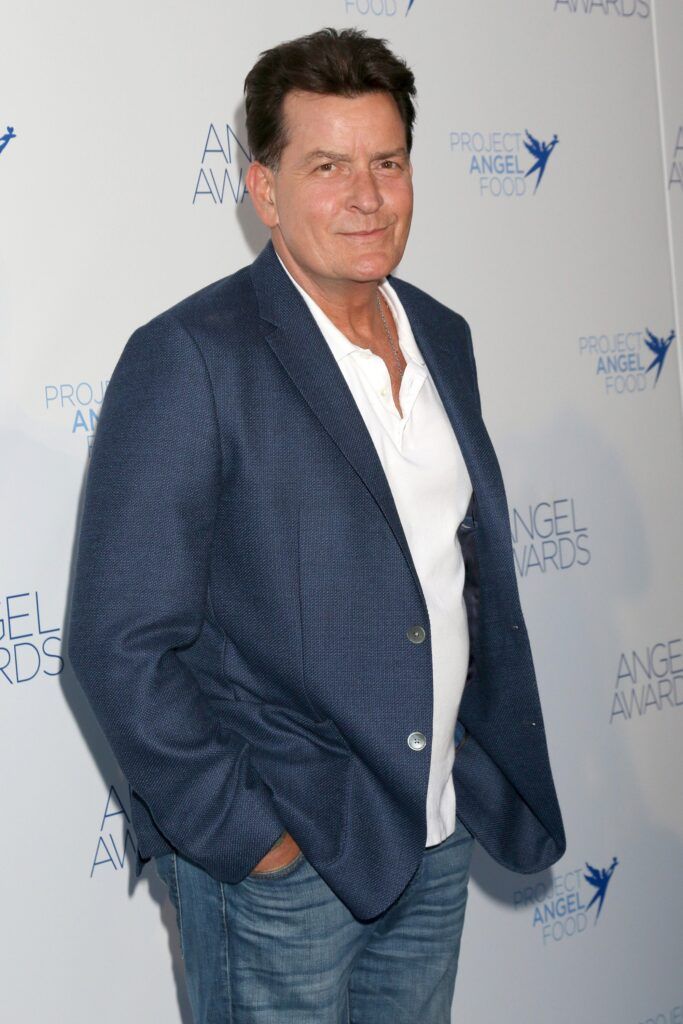 Many forget that both Kim Kardashian and Rob Kardashian have competed on Dancing With the Stars, and after his big win, Fresh Prince of Bel Air star Alfonso Ribeiro revealed they wanted Caitlyn Jenner to appear on the show. Her publicist quickly shut down the rumors though, stating, “There is not nor have there ever been any negotiations on this matter. They inquired if she was interested in participating in the show and I said no thank you. That is the extent of the communication.” 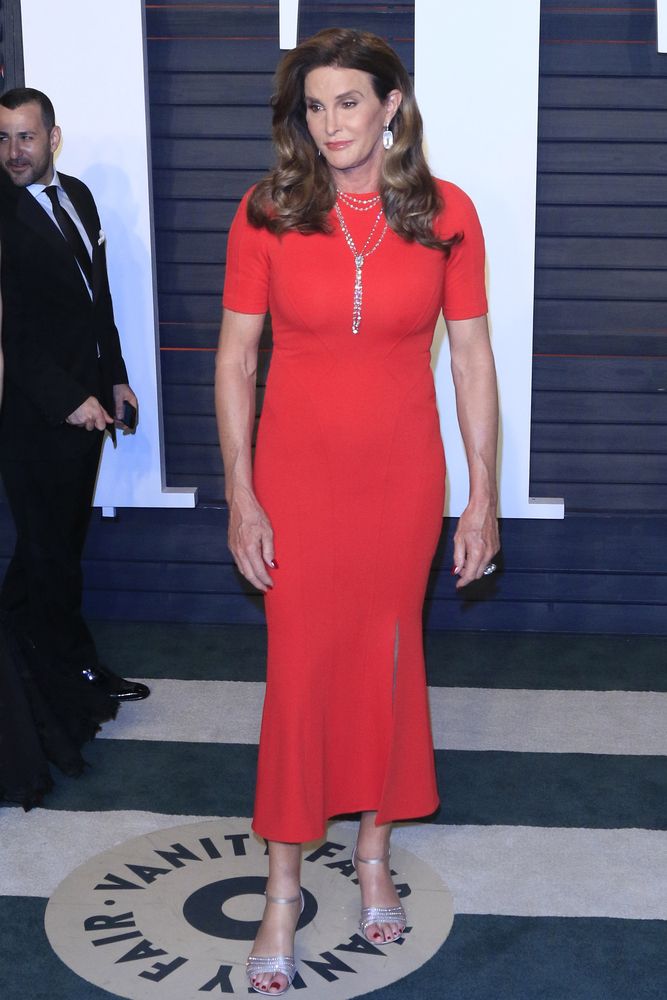 Facebook CEO Mark Zuckerberg was first approached to appear on Dancing With the Stars for season 11, but he was allegedly not impressed by the offer and declined. This isn’t a huge surprise though. He doesn’t need the exposure or the money. He’s already a billionaire! 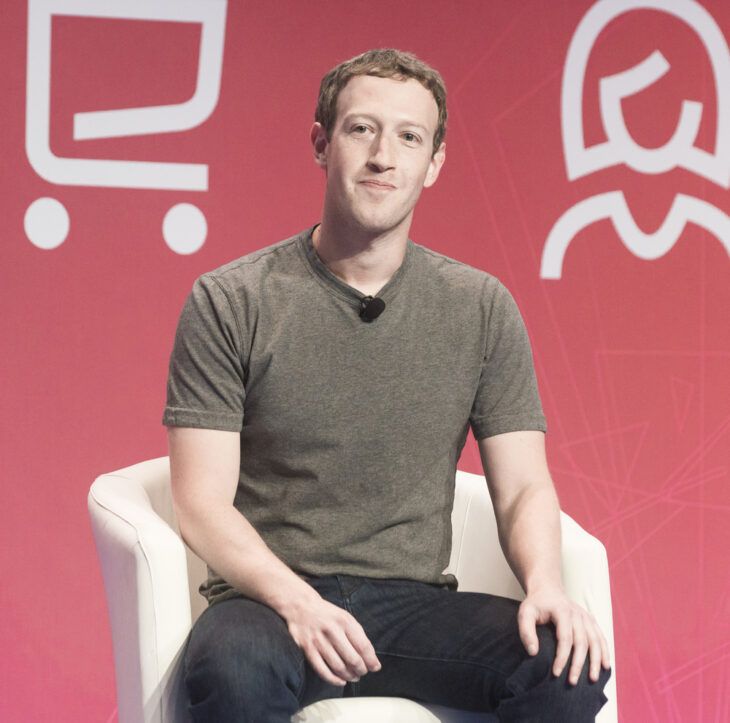 Martha Stewart extreme fall from grace in 2004 made her an ideal celebrity to track down for Dancing With the Stars. In 2014, ABC took their shot with the star and asked her to be a contestant on season 18, but Stewart opted not to take part. It is well known that she is a fan of the series however as she was at a taping back in season 11.

When trying to bump up their country stars on the cast for season 18 of Dancing With the Stars, ABC turned to singer Travis Tritt. Unfortunately, it seems Tritt had no interest in being on the series and turned down the show fairly quickly. 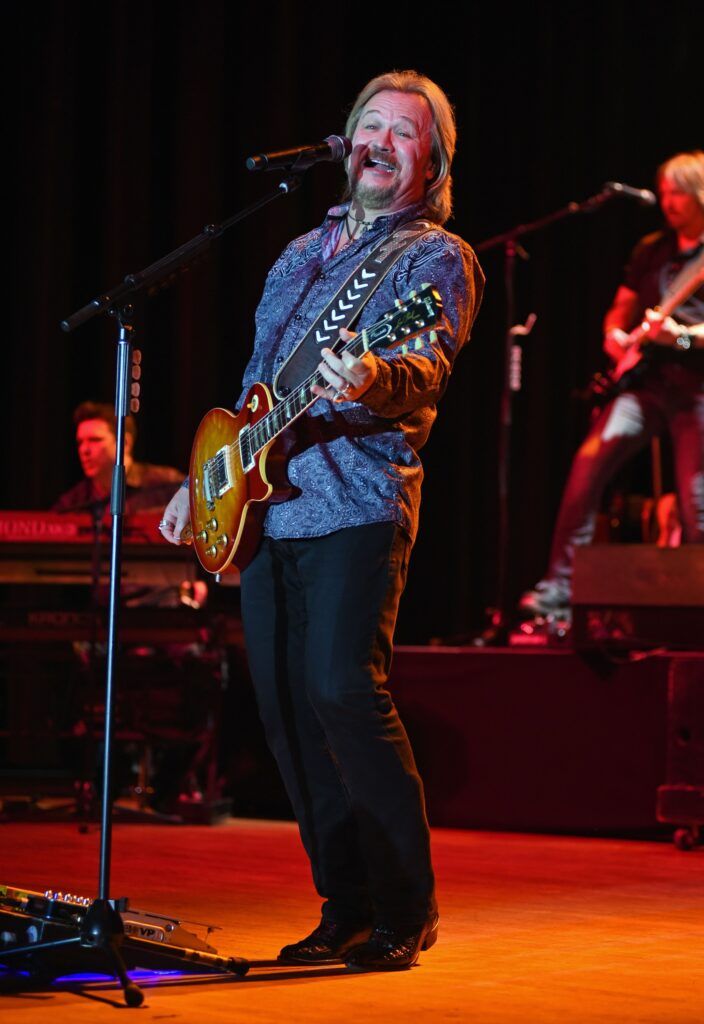 Gayle King, who is best known as a co-anchor of CBS This Morning and best friend of Oprah Winfrey, has been approached to be on the show not once, not twice, but three times! She has turned them down every single time, stating, “I think it’s good to keep my public humiliation to a minimum. I would never want to embarrass my children ever… or myself. I can’t dance!” 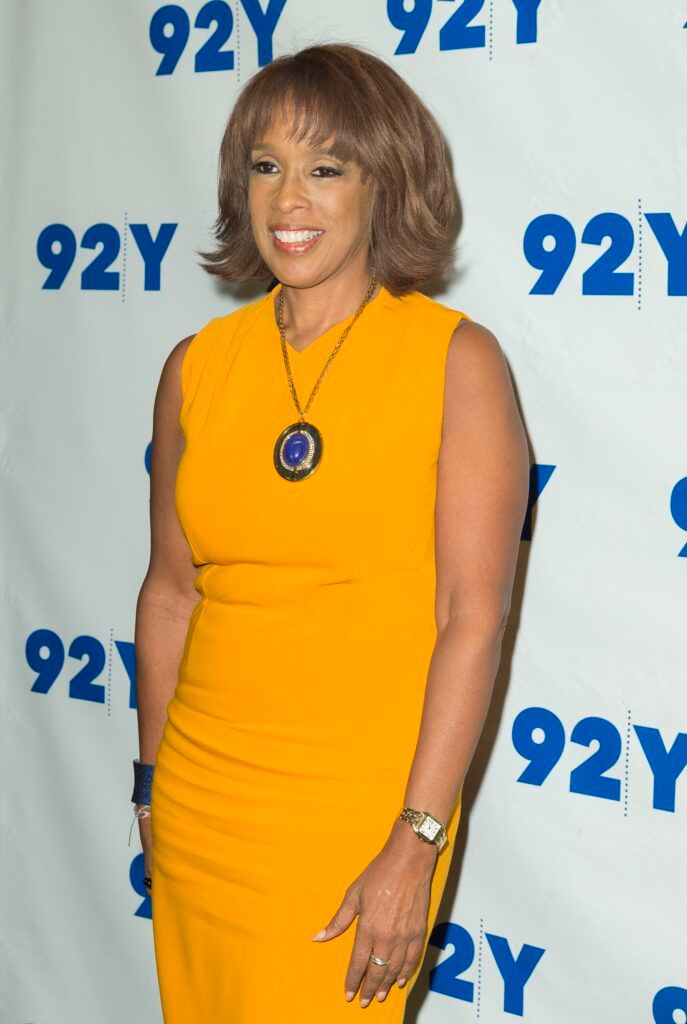 Lindsay Lohan went from major star to rock bottom very quickly and Dancing With the Stars offered her a way back into the spotlight back in season 16 in 2013 but she turned them down. ABC reportedly tried very hard to get her to commit to the show offering a maximum of $550,000 and Lindsay still said no, and reportedly told friends she never wants to do reality TV because she is a film actress. 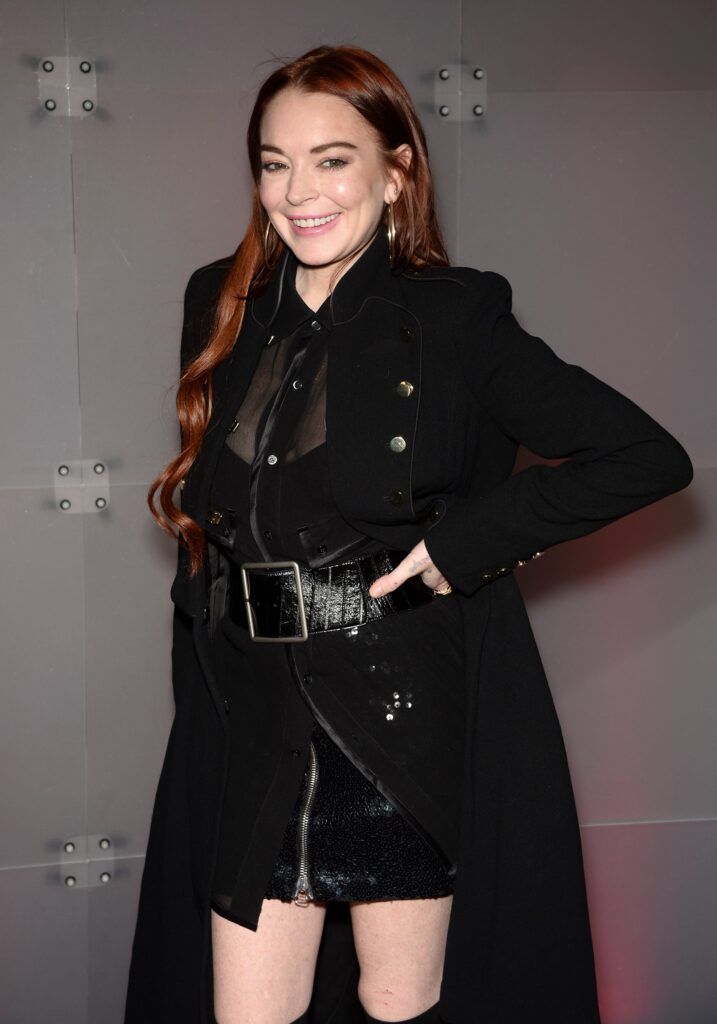 There have been many politicians take to the dance floor over the many seasons of Dancing With the Stars, but never a former U.S. President, although ABC sure tried to get one! In 2011, Bill Clinton revealed in an interview with Rachel Ray that he was asked to compete on the series but turned it down. “I told them I didn’t have the time to train for it. You know you actually go out there and you train, you really work at it.  So I had to pass. But I think it’s a hoot.” He added, “I have a 92-year-old mother-in-law who watches it religiously,” referring to Hillary Clinton’s mother, Dorothy Rodham. “She thinks I would be really cool if I made it, but I had to pass,” he said. 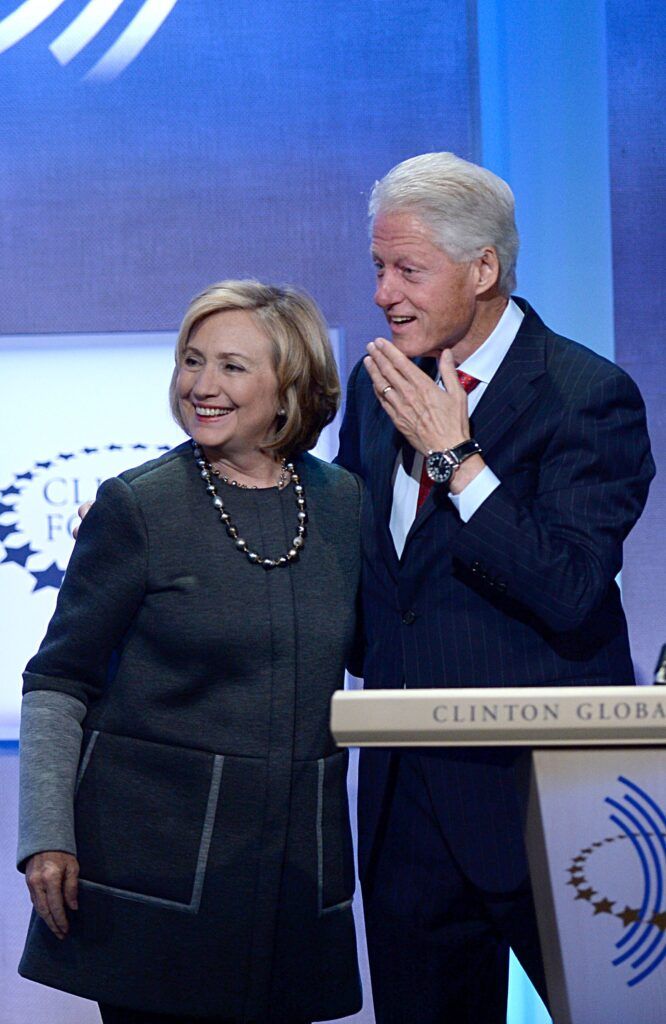 Pop singer Austin Mahone could have been another young celebrity to dominate the dance floor, but he opted out of competing on Dancing With the Stars. The singer was asked when he was 18 years old to take part in season 18 of the series but couldn’t make it work with his busy schedule. “He wasn’t able to do it with his current schedule,” a source said for the reason Mahone refused the offer. 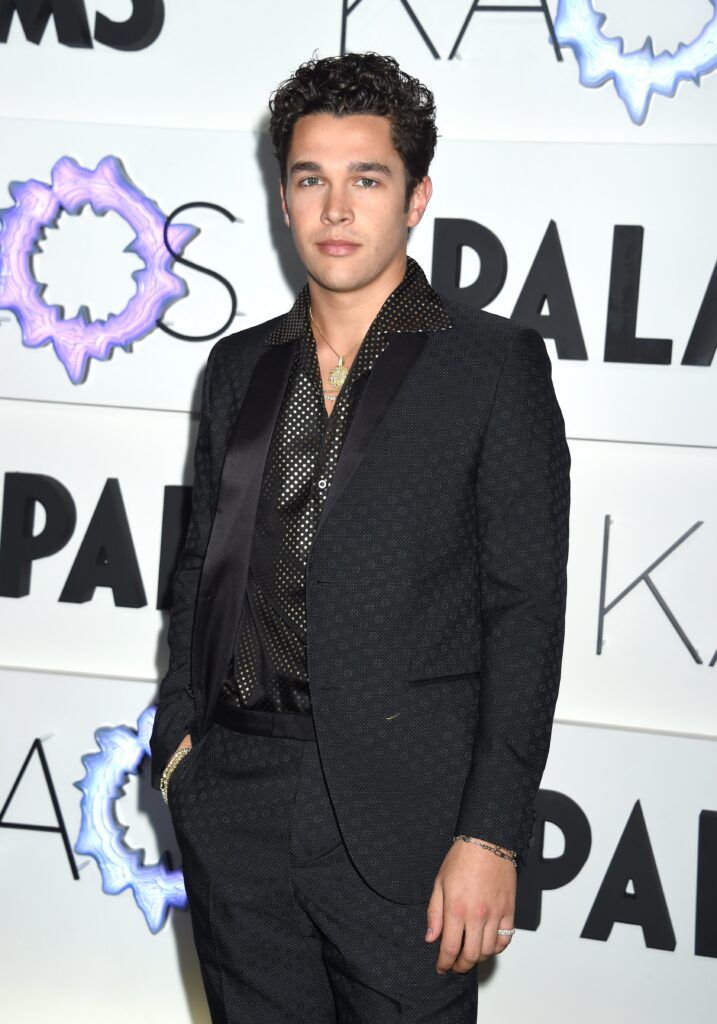 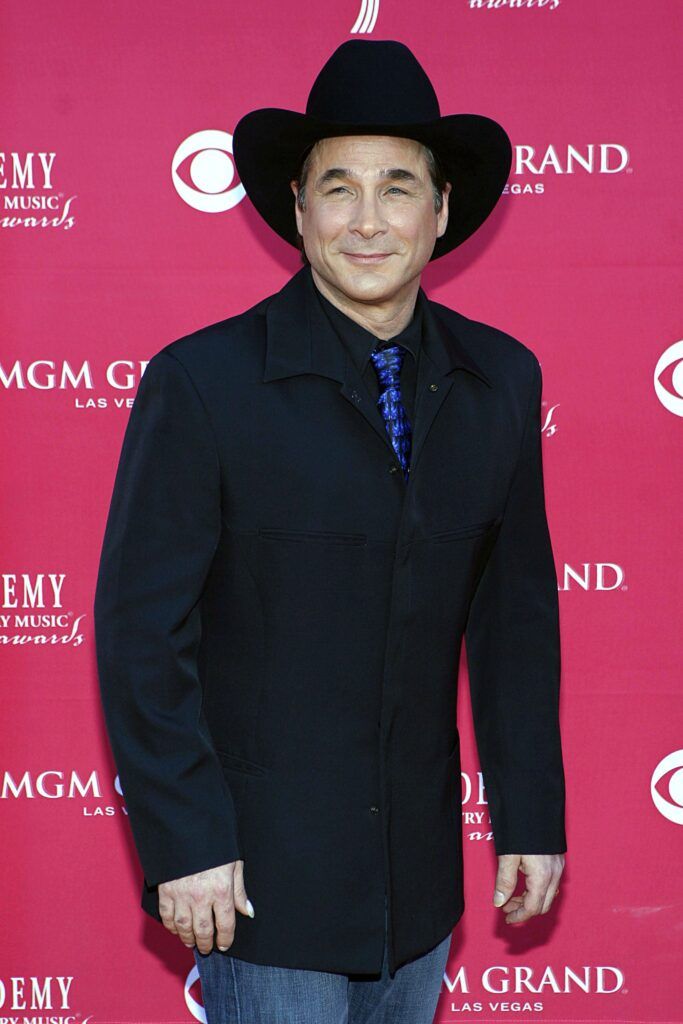 Former Home Improvement star Tim Allen was approached about taking part in the show in 2011 and, although he was guaranteed an initial $125,000 just for signing, he was not interested. Meanwhile his rep later stated that Allen was never asked to be on the show despite reports. 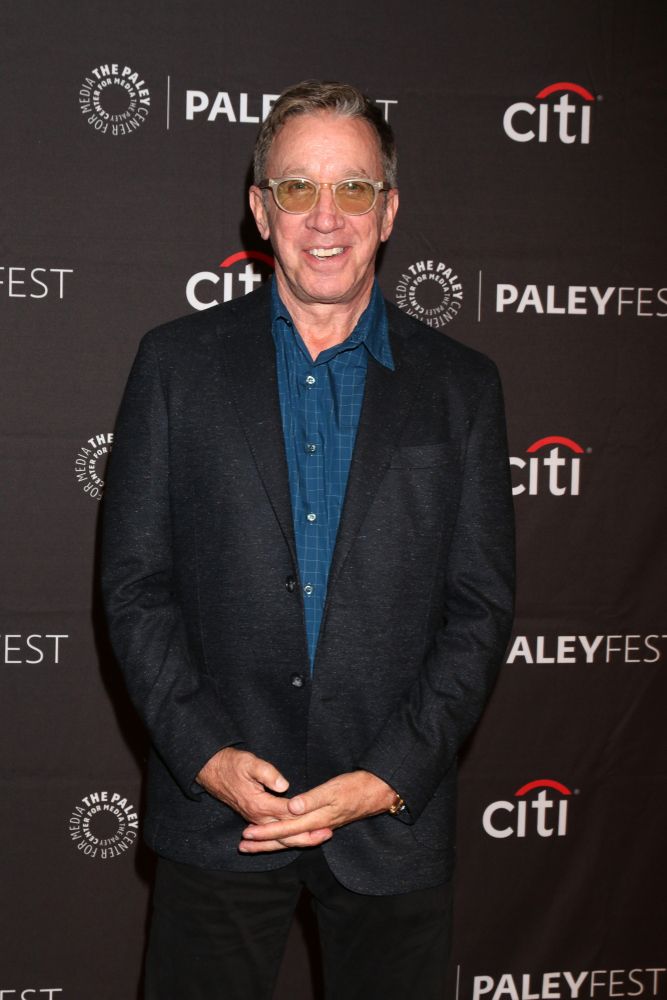 Country singer Trace Adkins could have taken part in Dancing with the Stars, but he refused. He probably won’t be taking part in the show at any point in the future because he doesn’t want to go on national television to humiliate himself! “I’ve turned down ‘Dancing With The Stars,'” he said. “I’m not gonna do that, just not gonna do it. I’m not gonna humiliate myself just to be on television.” Makes perfect sense to us! Lance Armstrong has reportedly been asked to join Dancing with the Stars several times over the years, but each time he has declined. After his interview with Oprah Winfrey in 2013 in which he admitted to doping, ABC was even more interested in having him on the show. Higher ups believed that casting him would bring back viewers, but Armstrong wasn’t interested. Ben Higgins was asked to participate in season 22 of Dancing with the Stars, which was just after he finished with The Bachelor, but he declined so that he could focus on his relationship with Lauren Bushnell. “Was I asked? I’m sure it was talked about,” Higgins told Variety. “My focus is not on what’s next. It’s on Lauren and I. Any decision that was made post show was based on what was best for us, and I believe that what’s best for us is to really concentrate on what’s best for us and to really spend as much time together as possible.” 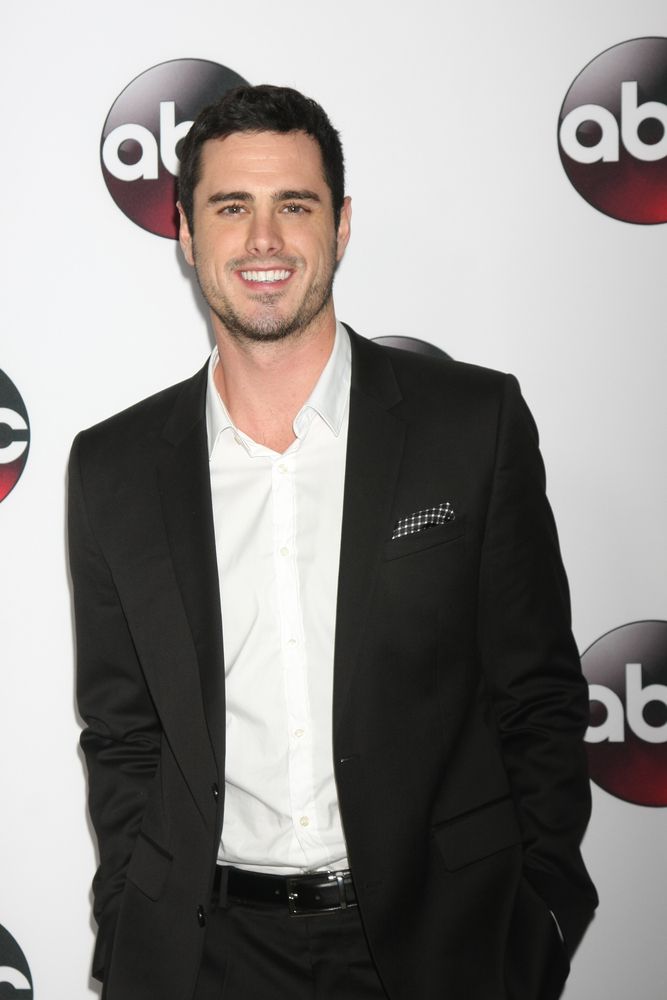 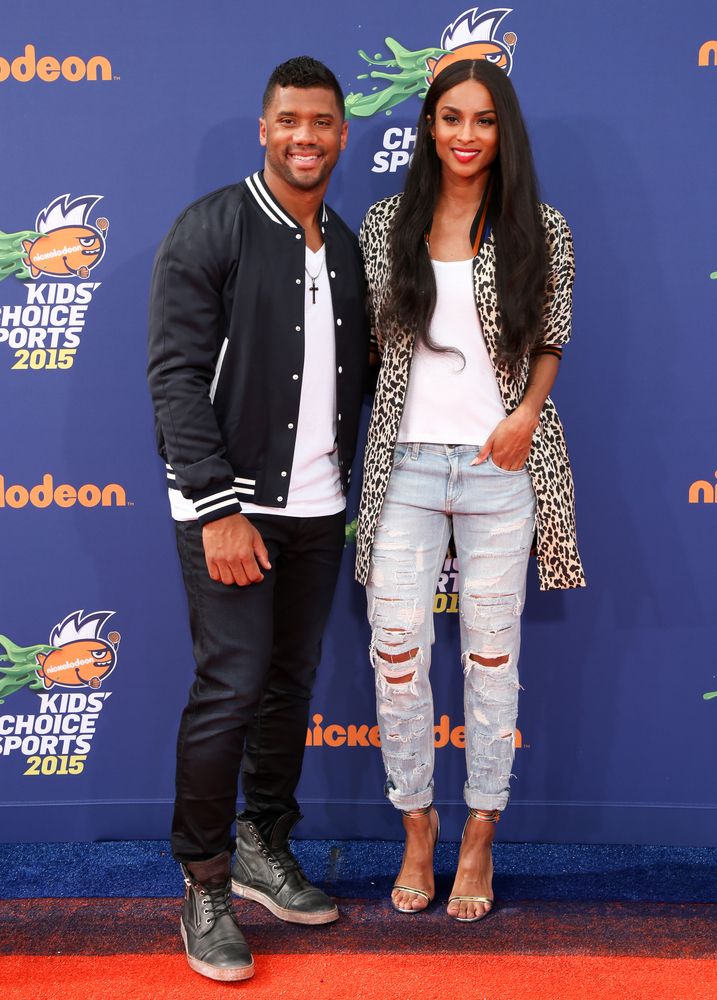 In 2009 it was revealed that LeAnn Rimes had been asked to compete on Dancing with the Stars for the previous three seasons but had to decline because of scheduling conflicts. “They’ve asked for the last three years, but I haven’t had the time. That’s a true commitment and a big workout. I would love to do it, but we’ll see. Maybe one day, that would be fun,” she said. We’re still waiting. Political commentator Ann Coulter was also pursued by the show, but turned it down because of time constraints with her schedule. “Initially they rehearse six hours a day, every day. Then it moves up to eight hours a day. If they don’t comply with the entire schedule, the network will deduct from their paycheck,” a DWTS production source stated. 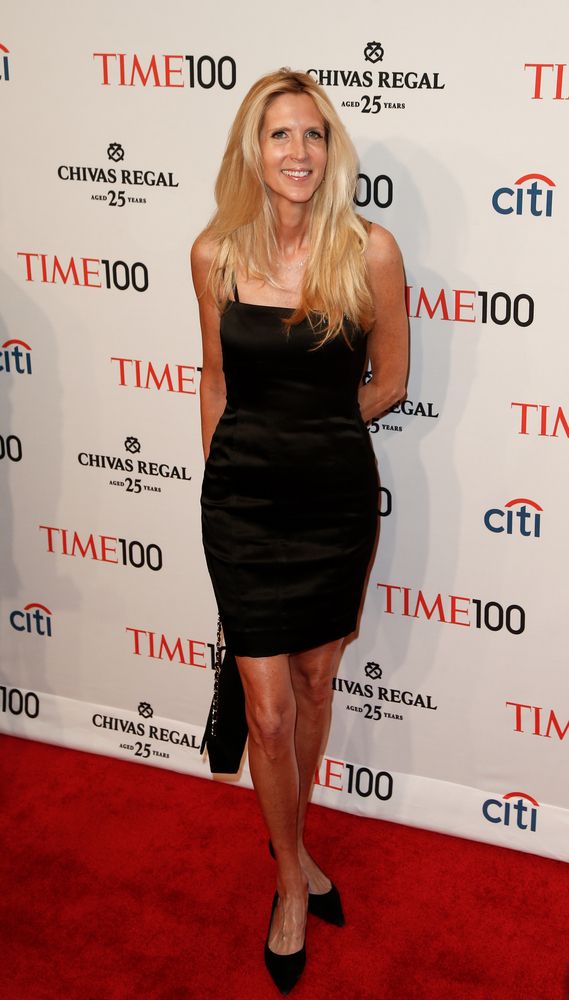 Over the years, some Saved By the Bell stars have appeared on DWTS including Mario Lopez and Elizabeth Berkley, so it isn’t surprising that a lot of the cast has been asked including Tiffani Thiessen (Kelly Kapowski). Thiessen, however, seemed rather offended by the offer, stating, “I’ve been asked a few times, but my response is that I am an actor, not a dancer.” She hasn’t completely ruled it out though, adding, “I think I would rather be one of those 50 and above going back to get into shape. They can ask me then.” For whatever reason, Jamie Lee Curtis is adamantly against appearing on Dancing With the Stars and has vowed never to do the show. There is only one way they could possibly expect her to agree she said: “I’ll tell you how I would do Dancing With the Stars. If they gave me a million dollars to give to a charity… I would only do it if there was a big charity component.” Demi Moore was a major presence on Dancing With the Stars during season 20 as she attended almost every taping while her daughter Rumer Willis competed and won the season. After the attention Demi received just from being there she was reportedly very close to joining the show for season 21, but turned down the final offer. Hollywood icon and action movie legend Sylvester Stallone was asked to be on DWTS for Season 11. He apparently nixed the idea fairly quickly when it was offered for unknown reasons. However, if he remembers some of his fancy footwork from Rocky we’re sure Sly would master the dance floor no problem.