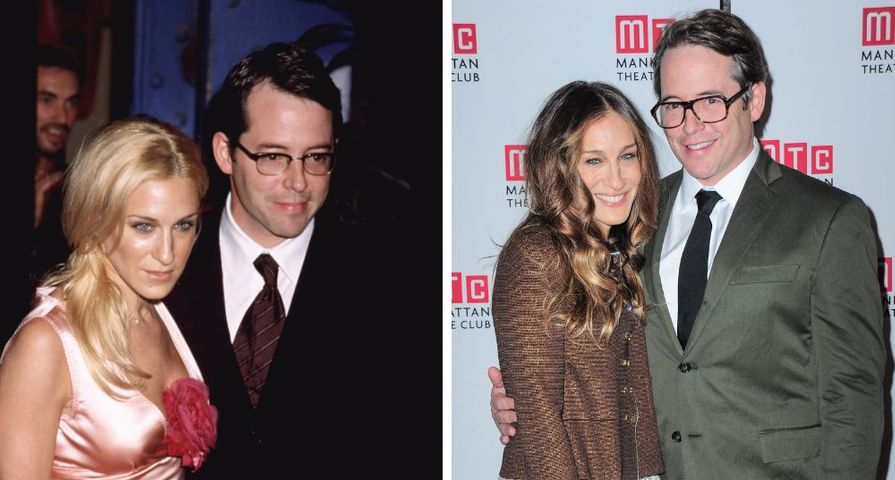 The ‘90s brought us some pretty epic romances, from Gwyneth Paltrow and Brad Pitt to Johnny Depp and Winona Ryder to Nicole Kidman and Tom Cruise. We couldn’t get enough of them, but none of them lasted. While these ‘90s couples let us down, there are many others who hooked up in that decade who have managed to make it work. Here are some ‘90s couples who are still going strong:

Michelle Pfeiffer and David E. Kelley met on a blind date back in January 1993 and they’ve been together ever since! They were married in November 1993 and have two children together, Claudia, who they adopted, and a biological child, a son named John. These two have been together for more than 20 years and, according to Pfeiffer, she never takes her husband for granted, which is one of the reasons why they are still together! 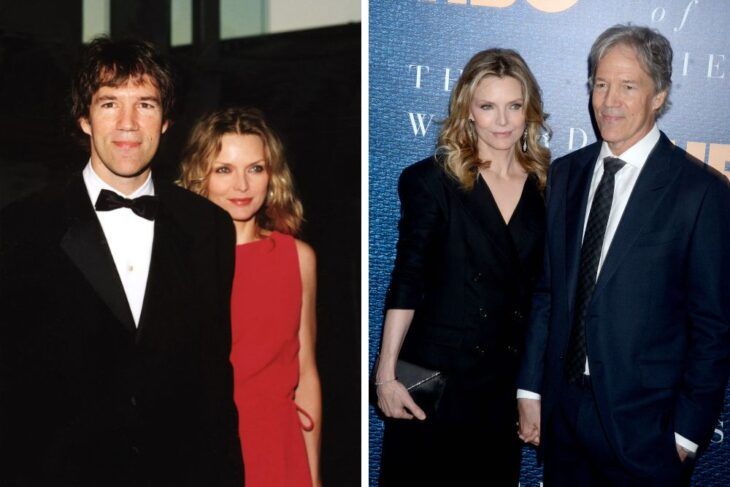 Chris O’Donnell married Caroline Fentress all the way back in 1997, but they got together three years before that after meeting through her brother. Together, they have five children: Lily, Chip, Charlie, Finley, and Maeve. O’Donnell has always been all about his family. At the height of his careers in the ’90s, he put his career on the backburner and put his family first. This is probably why, over 20 years later, he and his wife are still together and happier than ever! 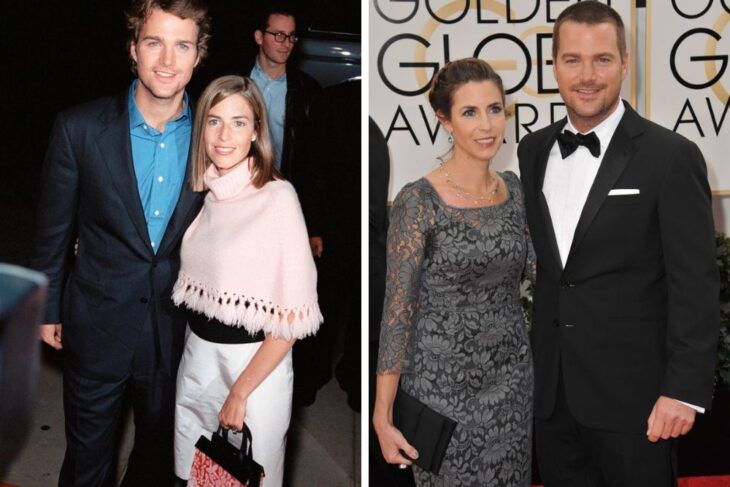 Eric McCormack and his wife Janet Holden go way back! They met in 1994 on the set of a TV series, Lonesome Dove. He was one of the actors and she was the assistant director. They began dating during the show’s first season and then they were married in 1997. They have one son together, Finnegan, who was born in 2002. Even though people assume he’s gay because of his character on Will & Grace, he’s definitely straight and happily married! 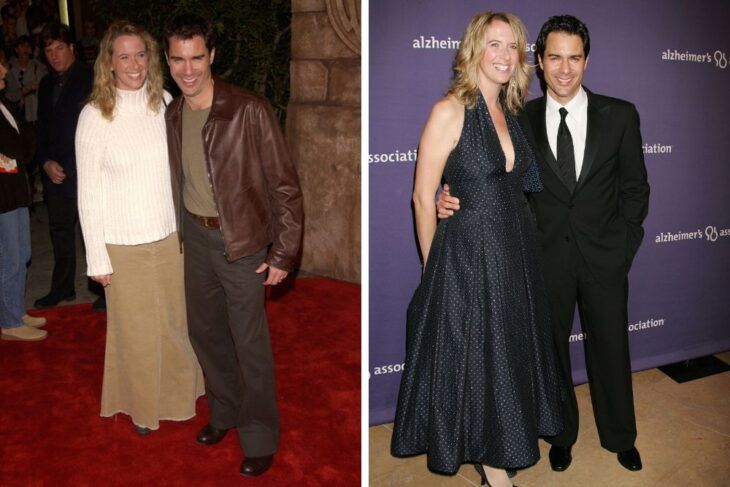 Lisa Rinna and Harry Hamlin have been together for a lifetime in Hollywood years! They first ran into each other back in 1996 when she was working in an eyeglass store and he was having dinner with the owner. She came by to give the owner the keys and that’s how they met! They were married in 1997 and together they have two daughters who are both models, Delilah Belle and Amelia Gray. 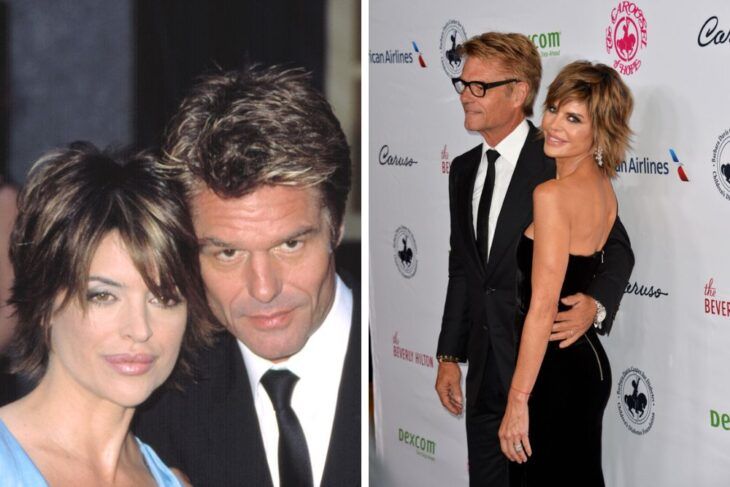 Candace Cameron Bure and Valerie Bure have an incredibly solid relationship. They first met in 1995 when her Full House co-star Dave Coulier played in a charity hockey game with Bure, who was a professional hockey player. They went out the next day and were engaged within a year. In June 1996, they were married. After more than two decades of marriage, these two have become quite skilled at keeping the spark alive! 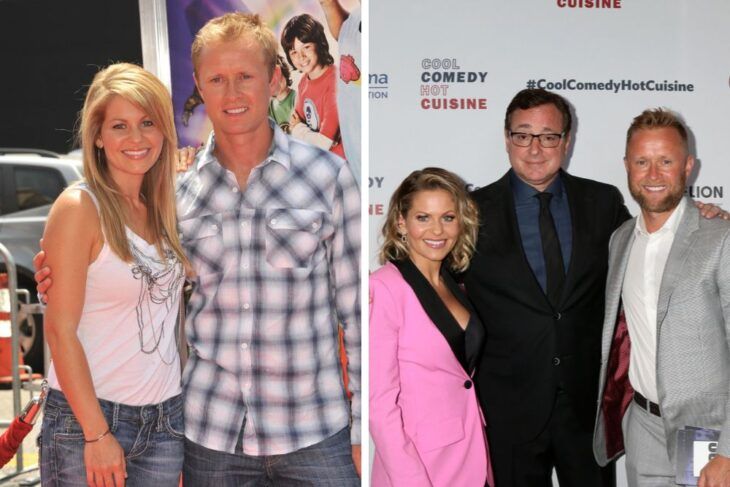 Cindy Crawford and Rande Gerber have been together since she broke up with Richard Gere in 1995 and they are still madly in love over 20 years later. Crawford claims that the reason their relationship is so solid is because they were friends first and then romance blossomed afterward. “We started off as friends, and I know that Rande and I, we will always be friends, no matter what,” she said during Oprah’s Master Class. “Being rooted and based in friendship, it keeps the relationship elevated. There’s always a certain level of respect. We respect each other’s opinion about parenting and our personal life, but also for work stuff … We really listen to each other. I would want that friendship in my life no matter what.” 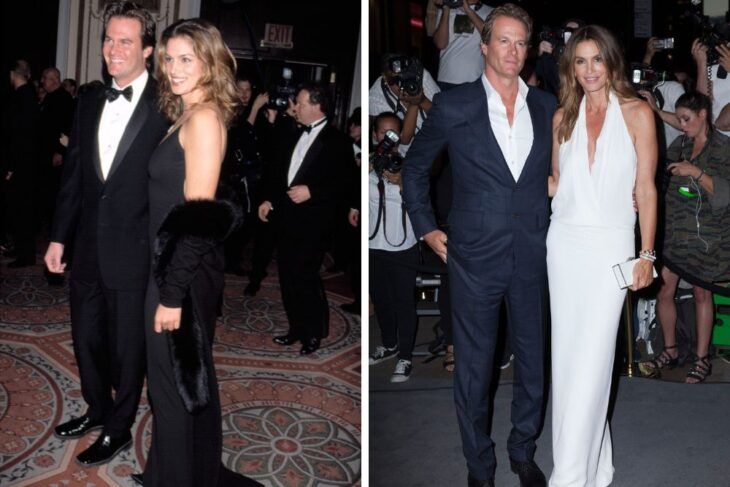 Cate Blanchett and Andrew Upton met on the set of a TV show in 1996 when they were dating other people. Their respective partners saw that there was something between them and eventually they saw it too! He proposed to her 21 days after they started dating and they were married in December 1997. Now they have four children together and, despite the occasional rumors that they have split, they’re still happily married! 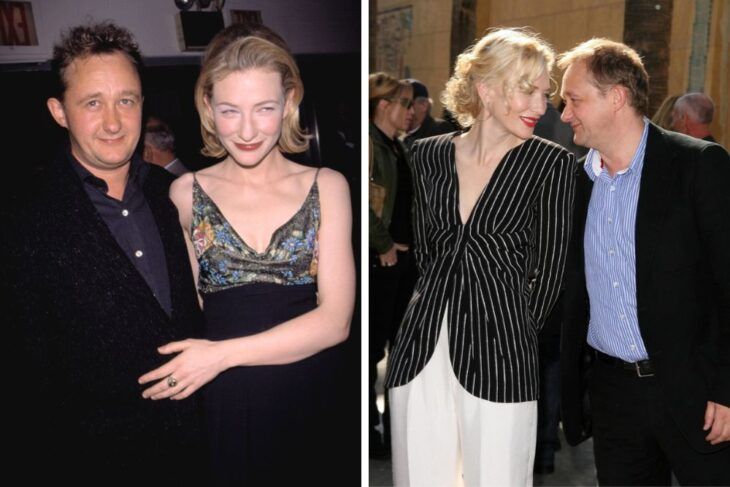 Catherine Zeta-Jones and Michael Douglas have had their ups and downs in their relationship, but they are still going strong after almost 20 years together! The two first met in 1996 at the Deauville Film Festival in France but didn’t start dating seriously until March 1999. They were married in November 2000 and share two children together, daughter Carys and son Dylan. Although the couple separated briefly in 2013, they were back together within a year. 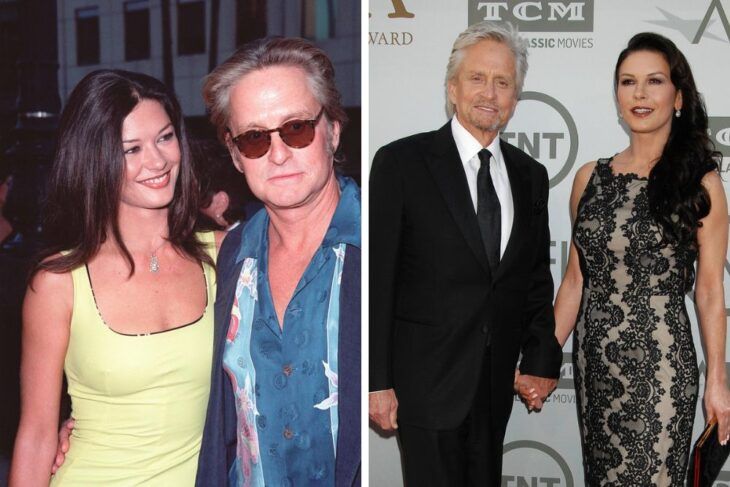 Sarah Jessica Parker and Matthew Broderick have been going strong since the early ‘90s. These two first met back in 1992 when Parker’s brother was directing Broderick in a play. Although it took him a few months to call and ask her out, once he did, they quickly became an item. They were married in 1997 and have three children together: James Wilkie, who was born in October 2002, and twins Marion and Tabitha, who were born via surrogate in 2009. 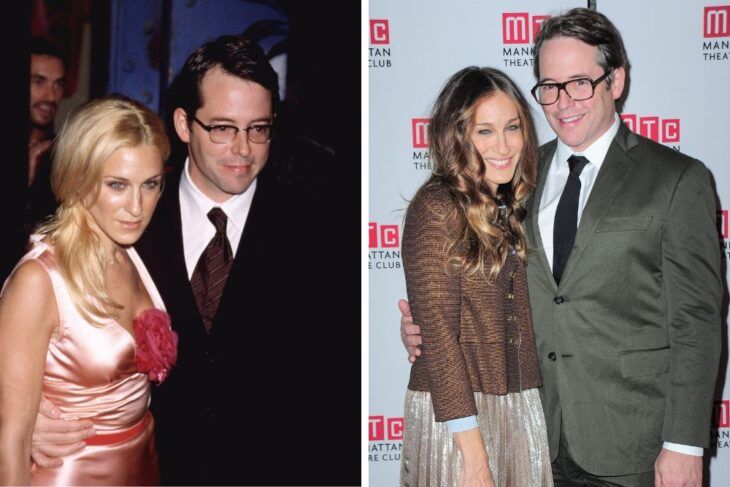 David Beckham knew that Victoria was the one when he saw her in the Spice Girls’ music video for “Say You’ll Be There.” They officially met in 1997 and were married at Luttrellstown Castle in Ireland back in 1999. Although their marriage was rocked by one scandal (David reportedly cheated on her with his former personal assistant Rebecca Loos), these two have beaten the odds and are still going strong with three handsome sons and one adorable daughter. 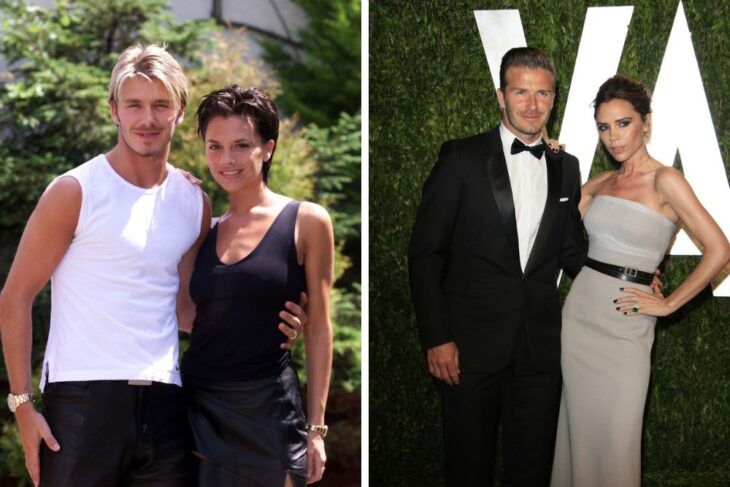 6. Will Smith and Jada Pinkett Smith

Will Smith and Jada Pinkett Smith have been together since 1995! They originally met when she auditioned for a role on The Fresh Prince of Bel Air playing his character’s girlfriend, but she was deemed too short and the role went to someone else. The two became friends and began dating a year later. They were married in 1997 and have two children together, Jaden and Willow. Although there have been rumors that these two have an open marriage, they seem as dedicated to their marriage as ever. 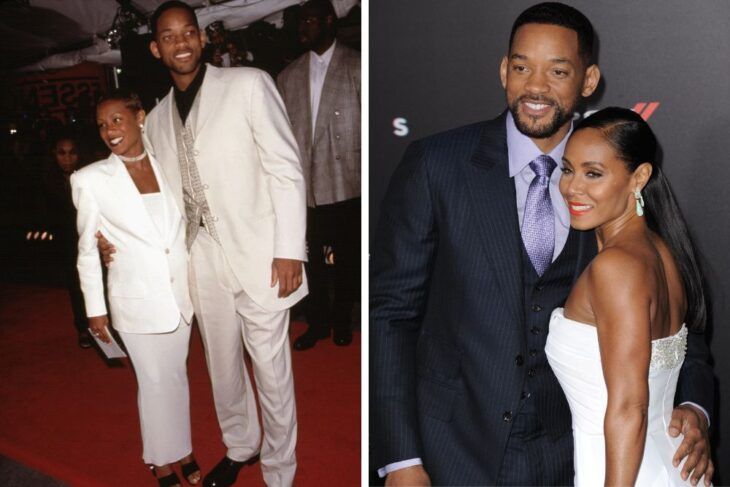 Jerry Seinfeld and Jessica Seinfeld began dating in the late ‘90s and were married in 1999. Although their relationship began in a rather ominous way – she had just married someone else when they met and had filed to dissolve the marriage just four months after tying the knot – these two are still together over two decades later. They’ve really proved all the naysayers wrong! 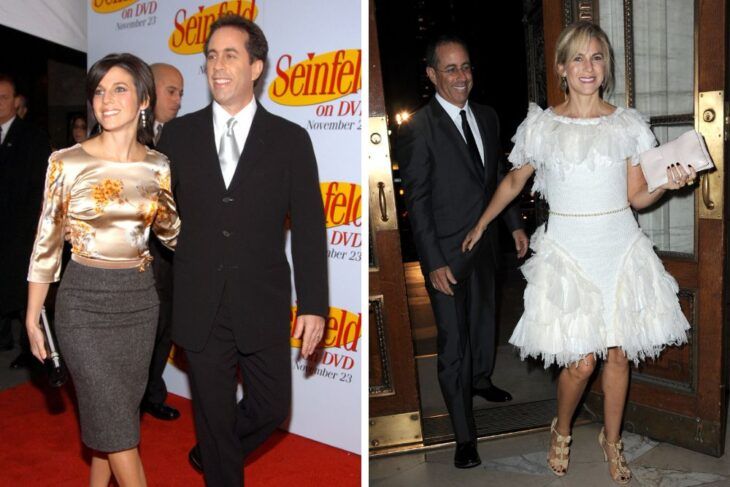 Hugh Jackman and Deborra-Lee Furness have been married since 1996, but they met a year earlier on the set of the Australian TV series Correlli. Although there have been “crazy ups and downs” during their relationship, Furness has always been Jackman’s rock. He claims that, without her, he wouldn’t be as successful. These two are definitely in it for life! 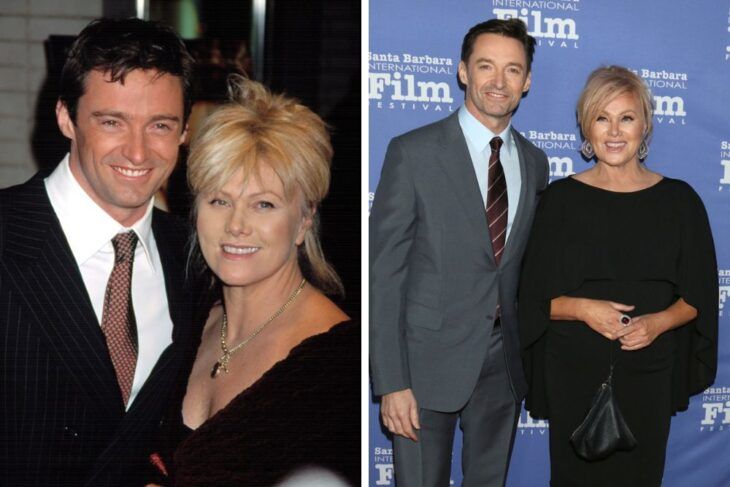 Although Elton John and David Furnish were married in 2014, they have been together since 1993. According to John, the pair have worked hard to keep their relationship strong. One way that they do this is by sending each other a card every Saturday expressing how much they love each other. “Every Saturday for 16 years, we’ve sent each other a card no matter where we are in the world, to say how much we love each other,” he said. 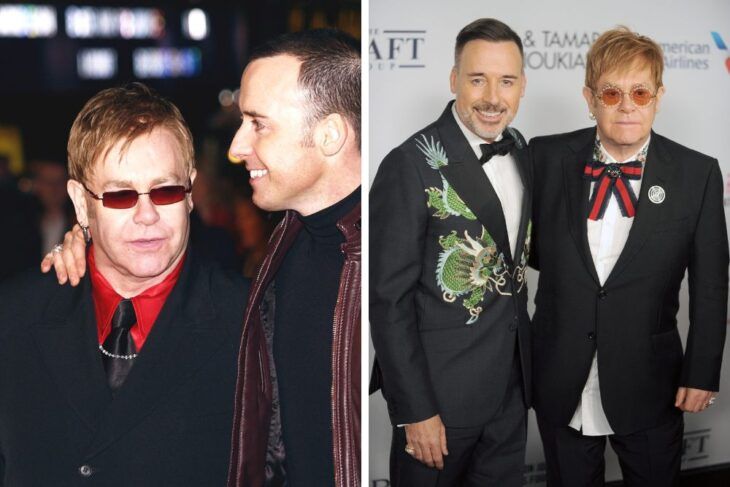 Faith Hill and Tim McGraw probably have the most solid relationship in country music. The gorgeous couple met back in 1994 at the New Faces Show in Nashville and then got to know each other in 1996 when they did the Spontaneous Combustion Tour together. She was actually engaged to someone else at this point, but after sharing a kiss in McGraw’s dressing room, she broke things off. McGraw and Hill quickly began dating and were married before the end of the year. Over 20 years later, these two are still together and more in love than ever! 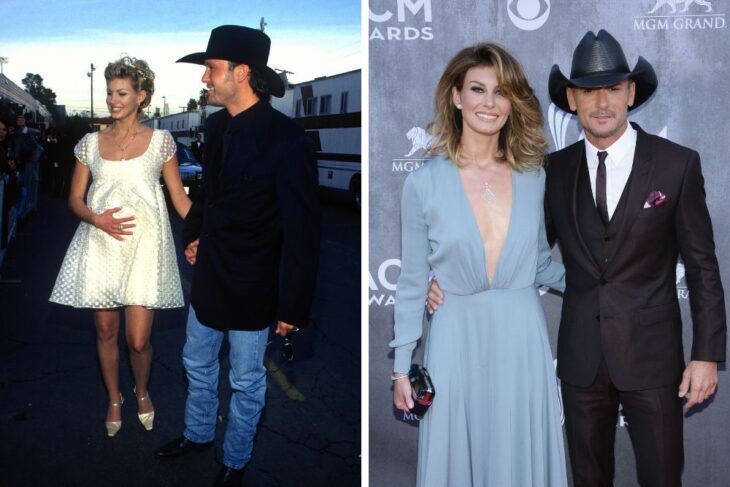 Kelly Ripa and Mark Consuelos have one of the sweetest romances in Hollywood. They met back in 1995 when they were both on the soap opera, All My Children. They quickly began dating and were married a year later in Las Vegas. Four months later, they were expecting their first child together. Even after all of these years, these two still act like newlyweds, which makes us happy for them, but a little envious all at the same time! 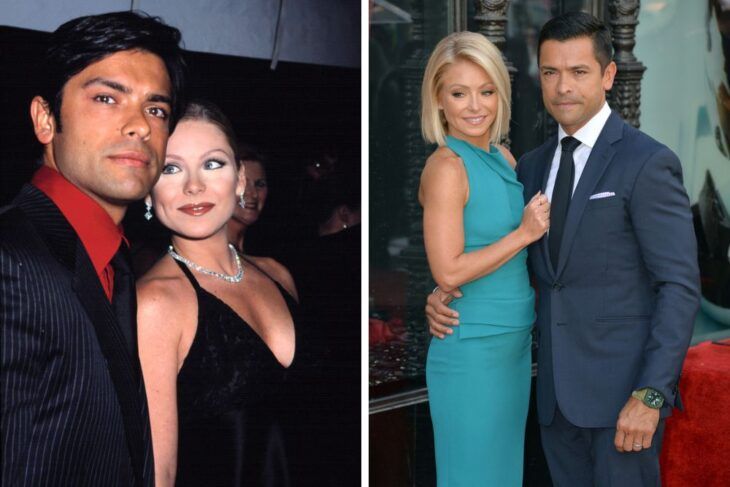