Researchers have linked a condition they call “job strain” to higher heart attack and coronary heart disease rates. “Job strain” is defined as a stressful, demanding job with high performance expectations, but one in which the job holder has little decision-making ability.

The study performed a thorough re-analysis of over 200,000 clinical trial participants from across Europe. They concluded that participants experiencing “job strain” were 23 percent more likely to suffer heart attacks or develop coronary heart disease. However, researchers did point out that these increased risks paled in comparison to the risks posed by poor dietary habits, lack of exercise and tobacco use. Researchers also theorized that job strain led significant numbers of participants to make lifestyle choices which were also detrimental to their heart health, such as immoderate alcohol consumption.

Prof Peter Weissberg, medical director at the British Heart Foundation, said: “We know that being under stress at work, and being unable to change the situation, could increase your risk of developing heart disease.

“This large study confirms this, but also shows that the negative effect of workplace strain is much smaller than, for example, the damage caused by smoking or lack of exercise.

To quantify the research, the study’s leaders said that eliminating job strain would reduce heart attack and coronary disease rates by about 3.4 percent, whereas the same risks would go down by about 36 percent when smoking was eliminated. 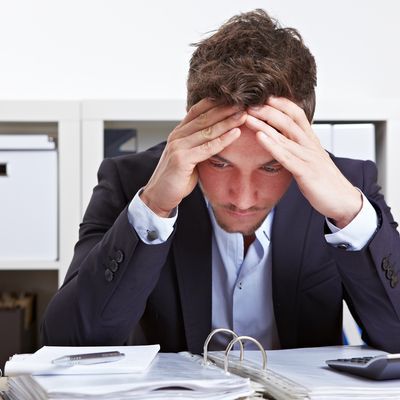