Women Who Work a Lot May Struggle to Get Pregnant: Study 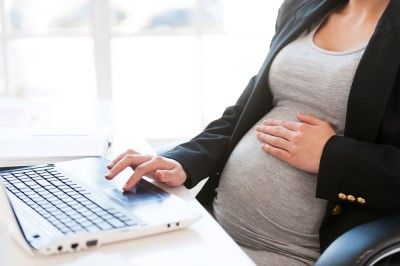 We all know working too much can increase stress levels and damage our health. Now, a new study shows that it could also make it difficult for women to become pregnant.

The study, which was carried out by researchers at the Centers for Disease Control and Prevention, Harvard T.H. Chan School of Public Health, Brigham and Women’s Hospital and Harvard Medical School, involved just over 1,700 female participants monitored between 2010 and 2014. The women were given a questionnaire to fill out and regularly self-reported on their health status. The women were asked about their attempts to get pregnant every six months.

Researchers say the average age of the participants was 33, with virtually all of the women being Caucasian.

Of those women, the ones who worked more than 40-hours each week took one-fifth longer to get pregnant than those women who worked between 21 and 40 hours a week.

How can we explain the connection between excessive work and difficulty becoming pregnant? It’s really quite simple, says Courtney Lynch, a reproductive health expert at Ohio State University. “If this effect is real, it is likely due to the fact that these women are having less frequent intercourse due to their work demands,” Lynch said.

Excessive work wasn’t the only thing making it difficult for women to become pregnant. Researchers also found that women who worked in jobs requiring a lot of heavy lifting had far more trouble getting pregnant than women who had jobs with little or no heavy lifting.