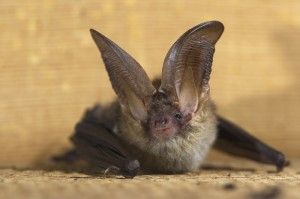 The first case of white-nose syndrome (or WNS) was discovered West of Charlottetown, near Bonshaw, earlier this month.

The dead bat was sent to Charlottetown’s Atlantic Veterinary College and diagnostic tests have confirmed the bat died of WNS.

WNS is a fungal infection that causes bats to die wake up during hibernation and die due to starvation and hypothermia from a combination of fatal causes—such as poor protection and lack of food.

Since the February finding, government officials have received 19 reports of dead and live animals from 10 locations across P.E.I.

“This is more bad news for bats in eastern North America,” says Rosemary Curley, provincial biologist. “WNS has decimated bat populations [since 2006] and unfortunately there is little that can be done to protect them from this disease.”

WNS first hit North America in New York State, which resulted in the loss of 90-percent of the state’s bat population. Approximately six million bats have perished from WNS in eastern North America since that time, with the fungal infection continuing to expand into new regions.