What Stresses Americans Out Most? 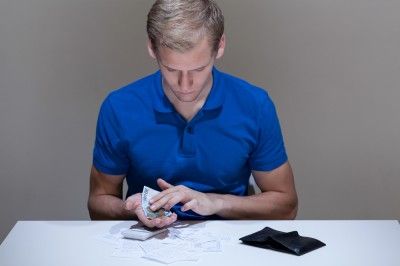 A new survey explores the question: what things stress Americans out? Perhaps unsurprisingly, the survey found that most Americans find themselves worrying about money.

The survey, which was carried out by the American Psychological Association, shows that financial worries served as significant sources of stress for almost two in three American adults. Not far behind was work (60 per cent), followed by family responsibilities (47 per cent), and health concerns (46 per cent).

Norman Anderson, the American Psychological Association’s chief executive officer and executive vice president, says money ranks so high because it’s “a very important component of establishing a secure life” in America. “When people are financially challenged, it makes sense that their stress level would go up,” Anderson adds.

Most affected by money worries: women, parents, and younger adults. Roughly three-quarters of all adults with children said they regularly worry about money.

The good news is that, overall, Americans appear less stressed-out than they were in past years. The survey found that the average American’s stress level rated a 4.9 out of 10, much lower than the 6.2 out of 10 recorded in 2007.

But even 4.9 is considered too high by many psychologists. It’s also concerning that more than one in five Americans admitted they’ve done very little to manage their stress in recent months.

Anderson says it’s important that people seek the support of others when feeling stressed. “If you’re there for others, they’ll be more likely to be there for you,” he said.