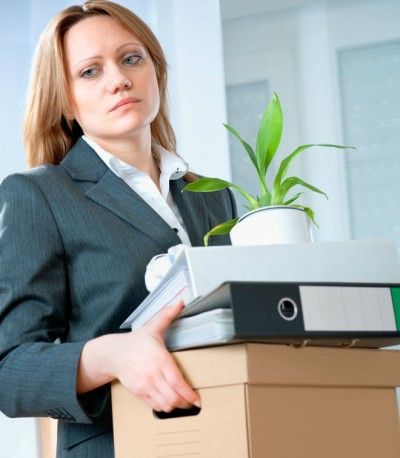 A new report reveals one somewhat unexpected side-effect of a breast cancer diagnosis: unemployment. Although it’s illegal to fire someone because they’re ill, researchers have found that many women diagnosed with breast cancer lost their work and had a hard time finding new employment while undergoing treatment.

The report, which comes from the University of Michigan Health System, involved more than 2,200 women based in the Los Angeles and Detroit areas. Researchers spoke to the women, all of whom were diagnosed with breast cancer between 2005 and 2007. Researchers then re-interviewed the women between 2009 and 2011 to see how the patients were doing.

Researchers found that women who underwent chemotherapy were far less likely to be working four years later, with only about one in four holding on to a job. In comparison, 38 per cent of women who were able to skip chemotherapy remained employed.

The report also found that most of these women wanted to keep their jobs, but found doing so extremely difficult given the physical demands of undergoing cancer treatment. Of those women who had not been employed since their diagnosis, the majority said they wanted or were actively looking for work.

For Ann Arbor, Michigan’s Kris Snow, it’s a familiar story. Snow was forced to leave her job as a scientist after being diagnosed. She tried a career change — taking on a job as a home remodeler — but the physical demands of the job proved too much.

“I couldn’t work. I was weak and tired,” Snow says. “The tiles and boards I picked up were heavy … I couldn’t even do painting because I was too tired.”

The researchers behind the report say it’s clear a breast cancer diagnosis can have a significant impact on a woman’s career. Dr. Reshma Jagsi, one of the report’s lead authors, say it’s important physicians alert patients to the “potential long-term consequences of receiving treatment, including possible implications for their employment and financial outcomes.”