Tonsillectomy Can Lead to Weight Gain in Kids, Report Says 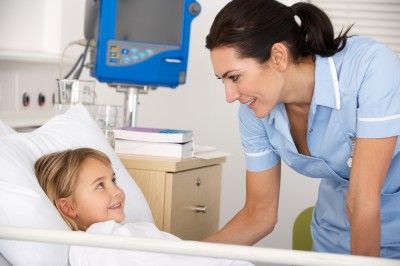 A new report suggests that tonsillectomies, which involve the removal of tonsils for the purpose of relieving sleep apnea, may trigger weight gain in children. Tonsils and adenoids are removed when they become enlarged, thereby blocking the airway and making breathing — especially during sleep — more difficult.

The report, which was recently published in the journal Pediatrics, is based on a study of more than 800 kids by Stanford University researchers. The Stanford team found that those kids who underwent a tonsillectomy saw their weight rise roughly 6 per cent over an 18-month period. Those same children saw their Body Mass Index (or BMI) increase an average of 8 per cent over that same period.

“You can’t just treat the sleep apnea,” Katz said. “You have to have nutrition and lifestyle counseling, too.” Katz added that, rather ironically, obesity is a risk factor for sleep apnea.

But not all physicians see the weight gain following tonsillectomy as a point of serious concern. Dr. Michael Rothschild, a professor of otolaryngology and pediatrics at Mount Sinai Hospital in New York, says it could just be that children suffering from sleep apnea are underweight prior to undergoing a tonsillectomy.

“One possible interpretation of this clinical observation has been that some children with significant nighttime breathing issues — like sleep apnea — actually are underweight due to the increased work of breathing, or due to obstructive food aversions related to the size of the tonsils,” Rothschild said.