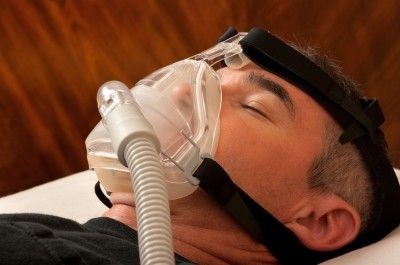 In the past scientists have drawn links between sleep apnea and increased blood pressure and higher risk of stroke. Now, a new study shows the condition can have a significant impact on one’s mental health.

Sleep apnea affects approximately 18 million people in the United States. It’s caused by a blockage in the airway that results in the brain receiving limited oxygen during sleep. In effect it causes a person to get a less restful sleep, leading to several physical ailments.

Now, a new study from Australian researchers shows sleep apnea can also cause depression. The study, which involved just under 2,000 men aged 35 to 83, was spread out over a five-year period. Participants underwent physical examinations and completed questionnaires assessing their level of daytime sleepiness. They were also asked questions about their mental health.

In the end, the study showed that men who had sleep apnea and increased daytime sleepiness were between four and five times more likely to have depression than men without these conditions.

“Excessive daytime sleepiness and severe OSA were both associated with the prevalence and recent onset of depression in our community-based sample of men, and the presence of both was associated with an even greater risk,” notes the study’s lead author, Dr. Carol Lang.

This is not the first study to draw links between sleep problems and depression. A 2012 study carried out by the Centers for Disease Control and Prevention (CDC) showed that both men and women who experienced trouble sleeping were three times more likely to show signs of depression.