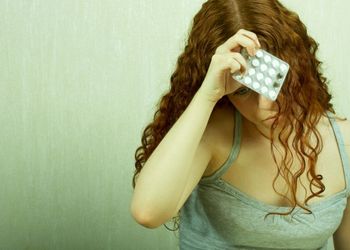 Roughly one in ten American adults is currently dealing with depression. Many of these people will turn to medications in search of help, but some anti-depressant drugs–such as SSRIs, or selective serotonin reuptake inhibitors–can take a month or longer before they have a visible impact on patients. Unfortunately, in some cases anti-depressants never have a visible effect, which is why researchers are actively reviewing the use of this type of medicine.

Part of the problem is that medical professionals still don’t have a firm grasp on how SSRIs work in different people. This is why researchers at the Max Planck Institute for Human Cognitive and Brain Sciences have been investigating the way SSRIs impact brain activity within the first few hours. The associated report, which was been published in the September issue of Current Biology, shows that SSRIs have an immediate impact on the way the brain functions.

“We were not expecting the SSRI to have such a prominent effect on such a short timescale or for the resulting signal to encompass the entire brain,” said Julia Sacher, the report’s lead author.

Using MRI scans, the reseachers were able to see that a single SSRI dose decreased connectivity between various parts of the brain while increasing linkages between two very specific sections of the brain: the thalamus and cerebellum.

This is all very new: until now, few experts thought SSRIs had such an immediate and dramatic impact on brain activity. The hope is that further research on SSRIs–and specifically on how they affect different people–will help in the development of safer and more effective drugs.

According to Sacher, such research “could help to better predict who will benefit from this kind of antidepressant versus some other form of therapy.”

“The hope that we have is that ultimately our work will help to guide better treatment decisions and tailor individualized therapy for patients suffering from depression,” Sacher added.