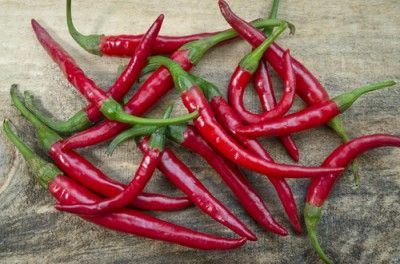 A new study shows that eating spicy foods can lower one’s risk of dying. According to the study, eating fresh chili peppers can be particularly effective in staving off death.

The study, which was carried out y Chinese researchers, involved an examination of data associated with roughly half a million people aged 30 to 79. The study’s findings were published in the BMJ journal.

The study’s finding: people who ate lots of hot and spicy food were less likely to die during the period when the study was carried out–2004 to 2008–than those who did not eat such foods (about 20,000 people died over those years).

“Compared with participants who ate spicy foods less than once a week, those who consumed spicy foods one or two days a week were at a 10-percent reduced risk of death,” the researchers noted in their report.

According to the Chinese researchers, people who consumed spicy foods once a day lowered their chance of dying by 14-percent when compared to people who ate those foods just once each week.

Researchers noted that many of the people who ate spicy foods regularly consumed chili peppers, which contain capsaicin, a component already shown to lower obesity and risk of cancer.

Still, experts say it’s still not clear why spicy foods are so beneficial, which is why we shouldn’t jump to any conclusions just yet.

“If people who eat spicy food more often have lower death rates, that might indeed be caused by the chilli eating, or it might be caused by something different that is related to eating chillis and also, separately, happens to promote health,” noted health researcher Kevin McConway of Open University.

“Maybe this is something in the way spices are used in Chinese cooking, or related to other things people eat or drink with the spicy food. Maybe it has something to do with the sort of people, in China, who tend to eat more spicy food.”