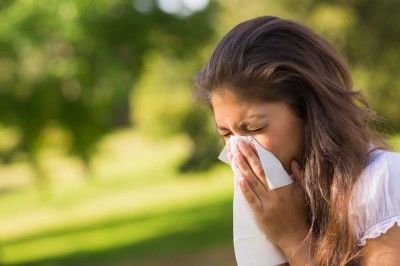 If you live in the upper part of North America, you’ve probably been dying to see winter finally come to an end. But those suffering from seasonal allergies know spring will bring its own challenges. So, which U.S. cities are the worst for allergies?

Overall, it appears spring time will be hardest on southerners. According to the Asthma and Allergy Foundation of America, all of the cities in the top ten fall well below the Mason-Dixon Line.

Topping the list this year is Louisville, Kentucky, the 16th-most populous city in the country (its population is just a sneeze under 750,000). It’s followed by Memphis, Tennessee (population 650,000), while beautiful Baton Rouge, Louisiana (pop. 230,000), rounds out the top three.

Most of these cities could also be found on the 2013 ranking of worst U.S. cities for allergies, though the southern-dominated list did include one northern town: Dayton, Ohio.

In any case, allergy expert Dr. Clifford Bassett says the lingering winter weather is likely to prove difficult for residents of the aforementioned cities.

“Allergy and asthma patients already have a chronic sensitivity to things like pollen, mold and other airborne allergens, but they can also be more susceptible to rapid changes in temperature and moisture,” Bassett said. “A blending of the winter and spring means these patients are at risk of multiple symptoms simultaneously.”