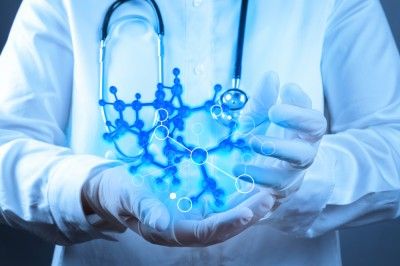 Scientists have reportedly discovered a way to delete the HIV virus from human DNA. It’s believed the process could eventually provide a solution for one of the world’s most frightening viruses.

Typically, once the HIV virus takes hold of a human cell, it never lets go. After the virus inserts its deadly genome into a victim’s DNA, that person is forced to take powerful (and very expensive) medications for the rest of their life.

It’s estimated that roughly 33 million people have HIV. According to the Centers for Disease Control and Prevention (CDC), in the United States about 1 million people are infected with the virus, with 50,000 Americans contracting HIV every year.

In the past, HIV has been controlled with antiretroviral therapy. Unfortunately, the treatment cannot cure the virus and it often has a negative impact on the body.

But scientists from the Temple University School of Medicine think they may have a solution. In a report recently published by the Proceedings of the National Academy of Sciences, the Temple team shows how it used a combination of DNA-snipping enzymes to remove the HIV genome from human DNA.

In fact, the Temple scientists say the strategy could be used to create an HIV vaccine.

“We are working on a number of strategies so we can take the construct into preclinical studies,” noted Dr Kamel Khalili, a professor of neuroscience at Temple. “We want to eradicate every single copy of HIV-1 from the patient. That will cure AIDS. I think this technology is the way we can do it.”