Quebec City Legionnaire’s Disease Outbreak Appears to Be Under Control 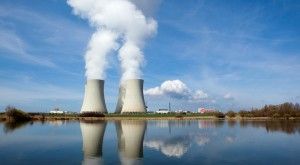 A recent Quebec City outbreak of legionnaire’s disease, a potentially fatal condition caused by legionella bacteria, appears to be under control, according to municipal officials. The outbreak, which began in July, has caused 11 confirmed deaths. A total of 176 cases have now been reported.

Quebec City’s public health director, Francois Debiens, called the situation “exceptional” but also pointed out that there was another major outbreak 15 years ago. Inspectors have been unable to confirm whether or not the current outbreak was caused by residual bacteria deposits which were not completely eliminated earlier.

City officials are also working feverishly to identify the initial source of the outbreak. However, this has proven to be a slow and painstaking process, since researchers have to isolate the bacteria. Lab results are expected back by the middle of October.

Legionella bacteria proliferate in standing water and can be spread, in droplet form, through building ventilation systems.