A new HIV pill is the first of it’s kind to contain four different HIV drugs in a single dose. 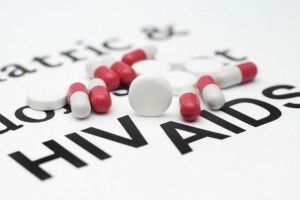 This is welcome news for HIV patients with the incurable disease who often take multiple drugs daily to control the virus, which can make it difficult to stick to prescribed medication doses and result in weakening the body’s fight against the aggressive, deadly disease.

Dubbed the “quad pill”, the single, 4-in-one drug has been called “great news” by UK medical experts as part of the move towards once-daily HIV treatment doses, as well as the very first HIV drug to include an integrase inhibitor, which is a perfectly safe and effective way to stop the virus from replicating.

In fact, a group of medical researchers at Brigham and Women’s Hospital in Boston, Massachusetts found that the quad pill was just as effective as the most current and effective multiple HIV treatment options when they monitored its effectiveness on a group of 700 patients.  The only negative side effect found was a slightly higher risk kidney issues in patients who took the quad pill compared to those who stuck to multiple HIV drugs.

Paul Sax, Associate Professor at Harvard Medical School  and Clinical Director at Brigham and Women’s Hospital said that even though kidney problems did occur in patients taking the quad pill, that “patient adherence to HIV medication is vital…missed doses can quickly lead to the virus becoming resistant to medication.”