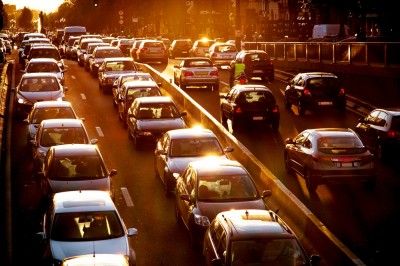 The daily commute–too often, it’s an overly stressful start to the day. Now, a new study shows that it can result in employee burnout, leaving people feeling exhausted and overwhelmed.

The study, which was carried out by University of Montreal researchers, involved just under 2,000 Quebec residents aged 17 to 69. Participants were asked to fill out questionnaires focusing on their mode of transportation, the length of their commute, and their feelings about work.

The finding: any commute that lasts more than about half an hour will have a negative effect on attitudes towards work and energy levels.

“As of 35 minutes, the effect of your commuting will affect the cynicism behaviours of employees,” noted Annie Barreck, a professor at the University of Montreal’s School of Industrial Relations and the study’s lead author.

Barreck and her team found that people who travel by car to urban areas–like Montreal, Toronto, or Chicago–were most likely to feel burnt out.

Looking forward, Barreck says it’s time for employers to recognize and adapt to the problem. “For people who travel to urban areas by car, the organizations could offer discounts or monthly pass to use the public transport or they could even offer flexible working times,” Barreck said.

More immediate solutions could involve carpooling, which can reduce stress levels by limiting the number of people behind the wheel.

Toronto police constable Clinton Stibbe says another solution involves people giving themselves more time to get to work. Stibbe says that far too often people run late, increasing their anxiety levels and leading to accidents on the road.

“They can barely control their car,” Stibbe said. “Anything outside of [their car] is beyond their control. Except for time. If you give yourself that time, doesn’t matter really what happens around you or outside that vehicle: you’re probably going to make it to your appointment on time.”