Parasite Carried by Cats Could Cause Mental Illness in Adults: Report 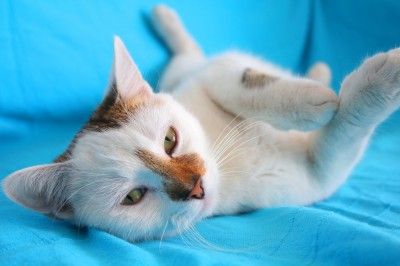 For many people, there’s no better animal companion than a cat. After all, they’re cute, independent, and often a lot cleaner than dogs. But new studies show they can carry a dangerous parasite that may actually affect their human owners in a very negative way.

New studies by the Centers for Disease Control and Prevention (CDC) show that up to 60-million Americans may be affected by Toxoplasma gondii (or T. Gondii), a parasite carried by cats.

The good news is that most people will never show signs of a Toxoplasma gondii infection. However, those who do may develop toxoplasmosis, an illness that can result in miscarriages, fetal development problems, the flu, blindness, and even death.

Now, new research shows that the parasite could also cause mental illness. E. Fuller Torrey of the Stanley Medical Research Institute and Dr. Robert H. Yolken of Stanley Laboratory of Developmental Neurovirology at the Johns Hopkins University School of Medicine are currently investigating the issue.

Specifically, they’ve been looking for links between T. Gondii and mental health problems, such as schizophrenia and bipolar disorder. They say they’ve found evidence to suggest that people who own cats are more likely to develop these serious mental illnesses.

“Cat ownership in childhood has now been reported in three studies to be significantly more common in families in which the child is later diagnosed with schizophrenia or another serious mental illness,” the authors note in a new report.

So, how can we keep people, and especially kids, safe from a T. Gondii infection? Torrey says the key is to keep cats indoors, limiting the chance that they will become infected by another cat and spread that infection to their human owners.